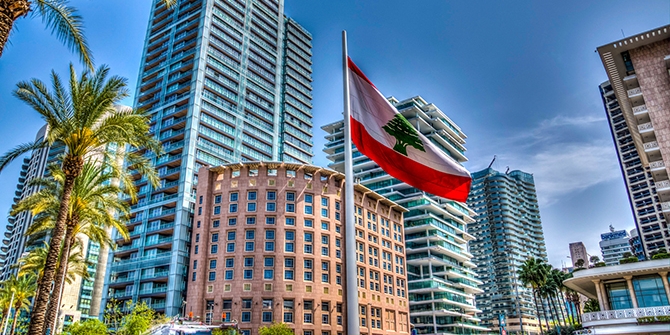 With the election of Michel Aoun as the new President of Lebanon, all the attention now shifts to the forming of the government cabinet, under the care of newly-appointed Prime Minister Saad Hariri. The distribution of the ministries portfolios has already sparked a vivid debate amongst parties, with Walid Jumblatt, leader of the Druze Progressive Socialist Party, voicing his support for Michel Aoun, but asserting his fear of marginalising the Druze political representatives.

Unequivocally, Lebanon’s geopolitical position has shifted as a result of the ongoing Syrian civil war. For a long period of time Lebanon constituted a regional echo chamber, whether willingly or unwillingly, positioning itself at the centre of regional crises and political challenges. The main result of Lebanon’s singular regional status is the humanitarian and political fallout from the Syrian civil war, being one of the main recipients of Syrian refugees. Hezbollah steadily rose to be one of the main political players in Lebanon, especially following the party’s military involvement in Syria and its support for Bashar al-Assad. As a result, Hezbollah was able to provide concrete quick actions and solutions to the social and political instability at a time of executive leadership vacuum — shifting Lebanon’s position from regional echo chamber to front-row political player.

Positive signals have been sent by Saad Hariri – who has not been officially endorsed by the Hezbollah – on 21 November, stating that Michel Aoun and himself have agreed on the majority of the proposed cabinet line-up, despite the recent feuds between top Shiite and Maronite leaders regarding the question of extending the Parliament’s mandate. The numerous ongoing political frictions seem to hinder the ambitions of the new President and Prime Minister. By designating Saad Hariri, a Saudi-backed businessman who has previously served as Prime Minister, Michel Aoun, a Hezbollah’s ally, sent a signal of eagerness to establish political unity.

With many economic obstacles looming, the new alliances aim at portraying stability in order to tackle domestic problems, such as crippling corruption, and to attract direct foreign investments and replenish the tertiary sector.  Indeed, the lack of leadership in Lebanon for the past 2 years has led to the weakening of the Lebanese economy, which highly depends on the services sector such as tourism, especially from the Gulf countries.

The challenging agenda of the awaited Lebanese government, however, is confronted by the difficulty to strike a balance between the different groups of interest. The particular sectarian layout of the Lebanese society has often proven to be a hitch in the political reform process. As Lebanon is still expecting the formation of its new cabinet, this cabinet’s future actions remain unclear. Both Michel Aoun and Saad Hariri have so far tirelessly tried to reassure and reconnect with countries in the region, such as Saudi Arabia. This ambition to revive ties with Saudi Arabia follows the visit of King Salman’s advisor to Baabda, and his return invitation for Aoun to visit Riyadh. While Aoun is trying to build new bridges with the Kingdom, the ties between Hariri and Saudi Arabia go back decades to his late father. With Hariri’s Saudi-based company Saudi Oger facing a financial crisis, he hopes his new appointment could allow him to seek assistance from the Saudi royal family.

However, this game of political interests could quickly jeopardise the cohesion of the government and its ability to respond to domestic issues. Although Michel Aoun and Saad Hariri are determined to hear different concerns in the region by positioning Lebanon as a mediator, other political players, such as Hezbollah, which has not yet voiced its opinion on the Aoun’s rapprochement with Saudi Arabia, could imperil Lebanon’s new ambitions. Nevertheless, an answer could possibly lay in the different constitutional prerogatives, since the President holds more power than the Prime Minister. The latter, as demonstrated throughout the Lebanese political History, adds to the prestige of the President who could decide to put pressure on the Prime Minister to follow his political line — as it was the case in 1973 when Salam resigned as Prime Minister after its refusal to follow the President Franjiyah’s decision to not oppose with force the Israeli attacks. This crisis resulted in President Franjiyah’s appointment of a political unknown as Prime Minister. Yet, it remains difficult to clearly predict the future political prospect of Lebanon. The social and sectarian reality often impinges on the original political ambitions of a government. The division of the Ministries portfolios, for instance, still depends on the complex sectarian allegiances and interests. Nevertheless, an answer could possibly lay in President Aoun’s popular support. While Lebanese presidents have historically been viewed as symbolic heads of state, Aoun comes to power with a wide popular base in the Maronite community. Coupled with Hariri’s Sunni platform, they could potentially succeed in their ambitions for Lebanon.

Mariam El Atouabi is a fresh graduate student from Sciences Po Rabat where she studied Middle East Geopolitics and Global Security. She is the co-founder and president of the NGO Josoor, whose mission is to reinforce peace and cooperation in the MENA region through youth empowerment and advocacy for a positive counter-narrative on the region. She tweets at @MariamElat.