Sovereign Wealth Funds (SWFs) today are major players in the global financial markets. Their rise over the past decade has attracted significant interest and controversy, fuelled by their more vivid investment targets and their role as investors and lenders of last resort at the dawn of the 2008 financial crisis. This scrutiny has led to many discussions and studies on SWFs’ value, especially to their target holdings. On one hand, SWFs could bring value through their monitoring considering their very long investment horizons and very low liquidity needs. On the other hand, SWFs’ pursuit of social goals or rent-seeking by politicians could render their monitoring role inefficient or non-existent. In a joint work with Sulaiman Albader, from the University of Illinois – Urbana-Champaign, we embark on understanding how SWFs come to play in the Kuwaiti stock market affecting specifically the corporate governance of the firm.

Corporate governance is highly debated in the Gulf Cooperation Council (GCC) countries. Kuwait, for example, became a hotbed of arguments as the inception of the Capital Markets Authority (CMA) loomed in 2010 and its rules and regulations became eminent. While better corporate governance could be achieved through regulation, it could also be achieved through stakeholders such as large shareholders.

Corporate governance is a system that ensures that suppliers of funds earn a return on their investment that is commensurate with the risk taken. One mechanism for such assurance is executive compensation schemes designed in a manner as to align the conflicting interests of managers and shareholders. This conflict of interest arises due to shareholders wanting managers to take value enhancing projects, while managers might have different priorities. For example, managers could desire to use the corporate resources for their own personal needs, prefer a quieter life, and/or get paid without delivering the proper performance. Therefore, to overcome this conflict and align the interests, managers would have to be provided performance-based bonuses and salary increases. In other words, executives should be paid in a manner that is corresponding with their performance and with the return generated for the shareholders.

Large shareholders of the firm can play a role in such an alignment of interests by setting the proper executive pay and monitor managers to ensure that the firm is properly managed. This is especially true in economies such as Kuwait with concentrated ownerships. In the Kuwait Stock Exchange (KSE), over 70% of firms have blockholder ownership totalling between 25–75% with more than half of those firms having total blockholder ownership between 50–75%. These blockholders wield complete control over the firm by electing themselves, or those associated with them, to the firm’s board of directors. This existence of very large owners could lead to expropriation of minority shareholders by the major shareholders creating an additional layer of agency conflict.

When thinking of sovereign wealth funds of Kuwait, the Kuwait Investment Authority (KIA) is the one that comes to mind. However, there are three other funds of smaller size: the Public Institute for Social Security (PIFSS), Public Authority for Minors’ Affairs (PAMA), and Kuwait Awqaf Public Foundation (KAPF). SWFs are unique owners since they are state-owned and have mixed objectives (e.g. financial, social, political).

In our work, we tried to assess whether SWFs could align the interests of shareholders and managers through executive compensation, thus reducing agency costs. We specifically look at whether the existence of a SWF as the ultimate major shareholder in the firm enhances the pay–performance relationship. The pay–performance relationship captures the degree to which managers are paid in a manner commensurate with their performance and with the value created for shareholders.

We found that the mere existence of a SWF as the ultimate largest shareholder significantly enhances the pay–performance relationship by 4–5 folds bringing it to a level similar to that seen in more developed markets. This positive effect is greater the greater the SWF’s ownership in the firm is. However, that ownership should be direct in the sense that the SWF owns firm A directly. As the firm becomes further down the ownership chain, as in for example, the SWF owns firm A which in turn owns firm B, the effect the SWF has on firm B is diminished relative to firm A. It is further diminished, the further it is along the ownership chain.

These findings carry noteworthy policy implications. The various SWFs have been slowly reducing their major ownerships in the KSE, especially KIA. In light of the corporate governance enhancements they bring, this should be revisited. It would be in the interest of the minority shareholders and the general market if such value-added institutional investors remained in the market. Furthermore, SWFs could bring many of the best practices they encounter through their global dealings to the domestic market further enhancing corporate governance standards and protecting investors, in turn enhancing market value and further attracting investor capital. However, SWFs should refrain from investing or supporting the creation of pyramid structures and cross-holdings as this significantly reduces their positive monitoring role and allows other majority shareholders and managers to extract from the firm. 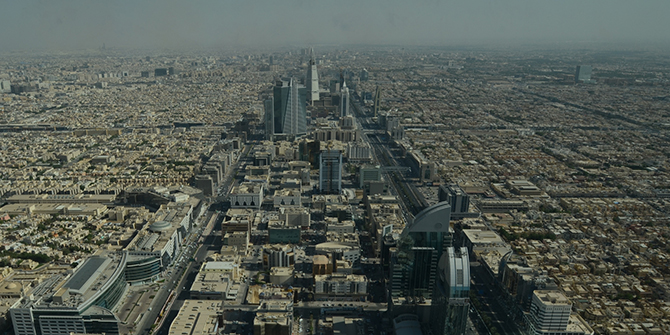 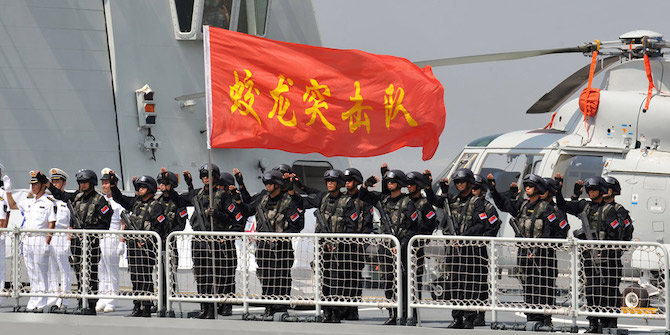 The Geopolitical Transformation in the Persian Gulf during COVID-19

Bad Behavior has blocked 2313 access attempts in the last 7 days.