Jessica Davis’s recent book Women in Modern Terrorism provides a well-written overview of key debates on women and political violence in the field of terrorism studies, while at the same time reflecting some of the main weaknesses of large parts of the discipline, writes Jennifer Philippa Eggert.

When the terrorist organisation ‘Islamic State’ (IS) emerged as a separate group in Iraq in 2014 and announced the establishment of the Islamic ‘Caliphate’ under its leader Abu Bakr Al-Baghdadi, the group soon started directly targeting potential female recruits. The fact that many women responded to the call to join its ‘caliphate’ and travel to IS-controlled territory in Syria and Iraq seemed to fascinate large parts of the Western media and the wider public. However, media portrayals of female migrants to IS were often criticised for being simplistic and misleading. Publications on female members of non-state armed groups often make problematic assumptions about the reasons why women join violent organisations. For example, female supporters of political violence are often presented as naïve and guided by personal motivations as if they did not have any agency. In this context, the recent publication of Jessica Davis’s monograph on women’s roles in modern terrorism is to be welcomed, as more academic research on the topic is needed to understand the variety of roles and experiences of female members of non-state armed groups.

Women in Modern Terrorism is a well-structured and well-written book. Its introduction defines key terms and outlines the methodological and theoretical approach of the study, while its conclusion summarises key global trends in female terrorism. Of the seven substantial chapters, chapter one focuses on organisational decision-making, while chapter two analyses individual factors. The following five chapters include analyses and comparison of the roles of women in Hezbollah, Hamas, Fatah, the Al-Aqsa Martyrs Brigades and Islamic Jihad, the Liberation Tigers of Tamil Eelam (LTTE) and Kurdistan Workers’ Party (PKK), Al-Qaeda Core and Chechen insurgent groups, Boko Haram and Al-Shabab, and in IS and its predecessors in Iraq. The book is accessible enough for readers with a general interest in the topic to benefit from.

The main strength of Women in Modern Terrorism is its comparative approach. Many publications on female political violence tend to either focus on single cases or discuss several cases in different chapters without systematically comparing these – Davis includes a comparison of two or more organisations in every chapter. Moreover, the author is to be commended for the multi-level approach she takes to the study of non-state armed organisations. While many publications on female political violence tend to focus on individual motivations only, Davis discusses both individual and organisational factors in processes of female involvement in non-state armed groups. In addition, the role of the respective communities is examined in all chapters.

Unfortunately, Women in Modern Terrorism also displays a number of major weaknesses. The majority of these are reflections of general issues in the field of terrorism studies.First, Davis’s study is not based on primary source information, but relies on a database which is mostly fed from media reports. Davis discusses the problem of collecting reliable data on non-state armed groups, which is indeed challenging. However, other authors working on Hezbollah, Hamas, Fatah, the LTTE and PKK have conducted primary source research on these groups. Thus, Davis’s claim that ‘media reports of terrorist incidents are one of the most reliable sources of data currently available to the field of terrorism studies’ (p. 11) is not convincing.

A second weakness of Women in Modern Terrorism is the very narrow scope of the literature discussed in the book. In the introduction to the book, the author rightly states that ‘[g]roups that employ terrorism as a tactic are not exclusively terrorist groups’ (p. 8). Many of these groups could equally be characterised as insurgent or guerrilla groups. This very pragmatic approach to the study of non-state armed groups stands in contrast to the fact that the author hardly includes any conflict or war studies literature. Especially in the empirical chapters, Davis relies almost exclusively on terrorism studies publications. A look beyond disciplinary boundaries may have added to the analysis and stressed the fact that the divide between terrorism and conflict studies is, indeed, often an artificial one.

A third problem is the extremely Western-centric nature of the book. Local voices are almost completely missing. In the chapter on Hezbollah and Palestinian organisations, only one of the references cited in the bibliography is (co-)authored by an Arab author (to make matters worse, his name is misspelled). Unfortunately, the bibliography of this chapter is not an exception, and the perspective of people from conflict zones analysed in the book are systematically excluded. There is plenty of relevant literature on the topic written by local area studies and conflict studies scholars, which could have been included in the analysis if the author had looked beyond the very narrow scope of terrorism studies. Moreover, one cannot help but note that all of the armed groups analysed in the book are Middle Eastern, Asian and African. Women have been heavily involved in a number of European and (Latin) American terrorist groups, and their inclusion in the analysis would have helped to emphasise that terrorism is by no means an exclusively non-Western phenomenon.

Another problematic aspect is the inherently ahistorical approach of the book. Davis includes terrorist incidents since 1969. In the chapter on Lebanese and Palestinian organisations, she claims that ‘the first terrorist incidents involving women perpetrated by Palestinian groups’ occurred in that year (p. 53). A decades-long history of women’s involvement in the Palestine national movement, including in combat roles, which goes back to the early 20th century, is thus simply brushed aside.

In large parts of the book, Davis sharply analyses existing literature and common perspectives on women and terrorism and political violence. It is thus a shame that in the areas described above she fails to overcome some of the most widespread weaknesses of the field of terrorism studies. Nevertheless, Women in Modern Terrorism provides a well-written overview of key debates in the field of terrorism studies and will provide a useful summary to the reader aware of the book’s limitations.

Jennifer Philippa Eggert is a PhD Candidate at the Department of Politics and International Studies at the University of Warwick. Her research focuses on female members of the militias that operated during the Lebanese civil war, but she has also published on women fighters in IS and Al-Qaeda in Iraq. Jennifer speaks regularly on women and extremism, the prevention of terrorism and intercultural relations. She also works as a facilitator of counter-extremism and community engagement trainings. She tweets as @j_p_eggert. 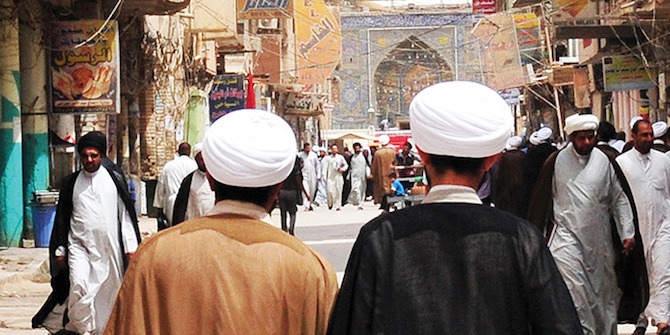 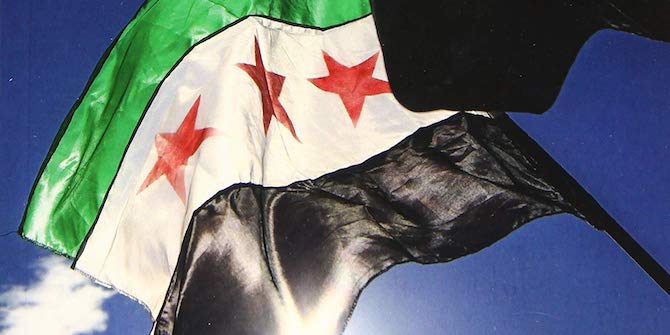