Al Mahra is one of the most remote regions of Yemen; it has so far not been reached by the civil war, nor has it been infiltrated by jihadi groups. However, regional powers, namely the UAE, Saudi Arabia and Oman, are attempting to enhance or maintain their leverage in this governorate, as has already happened in other Eastern Yemen regions (Hadhramaut and Socotra). These players aim to tighten control on Al Mahra’s territory for geopolitical and geostrategic reasons: impeding Iranian arms smuggling destined for the Houthis, and strengthening their commercial and military ties with Eastern Africa and the Indian Ocean. But this subtle competition could contribute towards the destabilisation of a region that has until now remained quiet, de facto self-ruled by local tribal councils. Moreover, this intra-Gulf rivalry is further wrapped up with the unresolved Southern question and the quest for autonomy among different local identities and agendas.

Sparsely populated beyond the coastal area (350,000 residents), Al Mahra is inhabited by Sunni tribes with a history of marginalisation by central authorities and a cross-border informal economy.

Since 2015, when the Yemeni civil war broke-out, this governorate has nominally remained under the control of internationally-recognised president Abd Rabu Mansur Hadi’s forces, although military units stationed in the region are northern soldiers loyal to former president Ali Abdullah Saleh. From late 2017 however, the Emiratis and the Saudis have started to upgrade their involvement in Al Mahra. In November, reports emerged about the establishment of a UAE-backed security force, the ‘Mahri Elite Forces’, modeled around the Hadhrami Elite Forces (in Hadhramaut), the Shabwani Elite Forces (in Shabwa) and the pioneer Security Belt Forces/al-Hizam brigades (mostly deployed in Aden). This elite body was to secure land and sea borders in order to tackle smuggling activities.

Some Mahri tribal voices raised doubts regarding the initiative: not only were there question marks surrounding Mahris’ real control over these armed groups, but they were further suspected (as has been the pattern in other regions) of being the military wing of the Southern Transitional Council (STC), the Emirati-supported ‘third Yemeni government’, which pursues independence in the South and has opened a headquarter in Mahra.

At the beginning, the 137 Brigade of the Yemeni army (First Military Region in Hadhramaut) and Mahri tribes prevented the Saudi-led coalition from entering al-Ghayda’s airport and seaport. The impasse was overcome after the Mahri Security Committee agreed on a number of conditions for the Saudi forces’ presence: the airport could not be used as a military base and every move by the coalition had to be coordinated with local councils.  Later, locals allegedly welcomed Saudi-backed forces at the end of a meeting between Mahri representatives and the Saudi-led coalition. It was agreed that these forces would work alongside local tribes to stabilise the region,  strengthen anti-smuggling operations and aid development. On 1 December 2017, the Arab military coalition in Yemen announced that Ghayda Airport was operational and receiving humanitarian aid.

In Saudi and Emirati eyes, securing Al Mahra’s borders is a necessary geopolitical step to counterbalance Iranian interferences. Reports abound of Iran smuggling missiles to the Houthis, with arms most likely entering through Eastern Yemen. Recently, an independent UN panel stated that missiles fired into Saudi Arabia, such as the one intercepted over Riyadh’s international airport on 4 November 2017, appear to have been designed and manufactured in Iran and then transferred, in pieces, to Yemen, to be later assembled. According to the UN, these Iranian-made components were smuggled into Yemen along ‘the land routes from Oman or Ghayda and Nishtun in Al Mahra governorate, after ship-to-shore transshipment to small dhows’. This same route has already seen ‘limited seizures of anti-tank guided weapons’. On 27 November, President Hadi replaced the governor of Al Mahra, appointing Rajeh Saidbakrit. Not by chance, the new governor, who spent time in Abu Dhabi, has anti-smuggling experience.

In the south of Yemen, Emirati influence grows day by day, driven by transnational patronage for UAE-backed Yemeni tribal militias (especially in Shabwa and Hadhramaut) and humanitarian aid. Therefore, Saudi activism in Al Mahra should also be seen as an attempt to regain leverage in the South vis-à-vis the Emiratis. On the contrary, Oman aims to preserve the current balance of power, in addition to its traditional soft power in neighbouring Al Mahra, with the aim of containing Emirati ambitions in the area. Muscat has traditionally relied on offering humanitarian aid and double citizenship for Mahris. From a geostrategic perspective, the UAE’s quest for influence on the Hadhrami and Mahri coasts is likely tied to the ‘string of ports strategy’ pursued by Abu Dhabi in Eastern Africa and the Indian Ocean (for example in Eritrea, Somaliland and Somalia), with the support of the state-owned DP World; this policy overlaps with commercial and military interests.

Driven by competing agendas, the Gulf powers are empowering different tribal and/or political groups in Al Mahra: Hadi’s loyalists (Saudi Arabia), secessionists (the UAE), current leading tribes and the former sultanate’s sympathisers (Oman). While preventing Iranian interferences is a shared objective among all three actors, this rivalry could shake consolidated local balances, in a region still relatively quiet despite the civil war raging elsewhere in Yemen.

As part of the Middle East Centre’s tenth anniversary celebrations in 2020, Eleonora revisited this piece – read her reflections here. 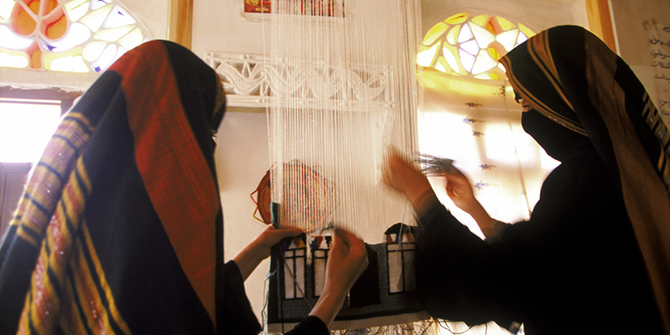 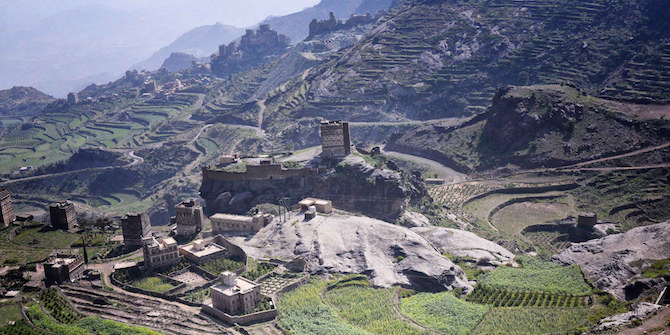 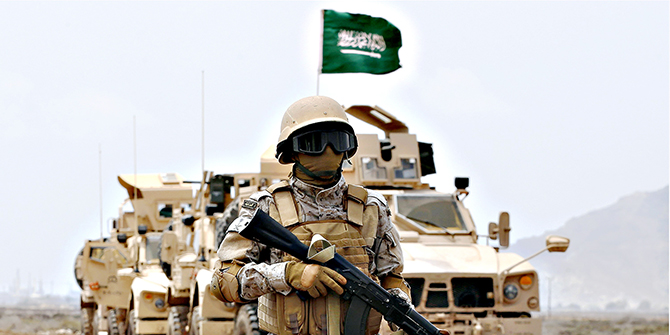 Bad Behavior has blocked 1219 access attempts in the last 7 days.