We have no idea how many internally displaced people cross borders. So what?

‘What are the conflicts that will drive international migration?’ asked UNHCR’s Kim Roberson at the 2018 International Forum on Migration Statistics: ‘They are the ones with large numbers of internally displaced persons’.

A relationship between internal displacement and cross-border movement is widely assumed but difficult to prove. Despite statements like that above, there is limited evidence and a lack of political will to recognise such a link in policy. The New York Declaration for Refugees and Migrants, for example, underlines the importance of addressing the ‘root causes’ of large movements of refugees and migrants, but internal displacement is notably absent from the commitments.

At the regional level, we have limited and conflicting data on the prior displacement status of asylum seekers. For Syrians, Afghans and Iraqis – the top three nationalities among recent asylum applicants in Europe – the little evidence that exists provides a confusing picture. Three separate profiling exercises conducted in Greece and the Western Balkans suggest that up to 88% of Syrians, up to 70% of Afghans, or less than 10% of Syrians, Iraqis and Afghans interviewed in early 2016 had been internally displaced before leaving for Europe. While none of the studies relied on a representative sample of arrivals, the discrepancies are striking.

Numbers aside, we also know little about how and why some IDPs decide to cross borders. Are the factors that motivate them and the barriers they face any different to those of other migrants? What about their vulnerability?

Drawing on examples from Iraq and Syria, I used a two-step approach to examine people’s aspirations to leave and their ability to do so. Both examples come from a larger study of families separated by migration, including internally displaced, refugee and non-displaced participants across the Middle East and Afghanistan. All respondents had family members who had departed for Europe in the previous three years. As both observers and stakeholders in migration decisions, their experiences offer a unique insight into some of the drivers and constraints faced by internally displaced families considering onward movement. While comparisons are only indicative, they reveal differences worthy of further discussion and investigation.

Shadi (25) left his home in Fallujah in October 2014. The city had been occupied by ISIL for ten months and conflict had recently escalated. He fled with his parents and brothers to Erbil in the Kurdistan Region of Iraq. Upon arrival, he struggled to find a job. He had no work permit and as an Arab, felt discriminated against by Kurdish authorities. He thought about leaving within two months of arriving in Erbil. His parents supported him and sold their car to finance his journey. Shadi’s parents felt emotional ties to Fallujah and wanted to return in the future. They also had practical ties: his older brother continued to receive a government salary and his father had a pension.  In any case, the family’s resources were sufficient to meet living costs, but would not have stretched to funding a second journey to Europe.

Shadi’s aspirations to leave for Europe were shaped by a mixture of structural factors: high unemployment and high living costs. Both were exacerbated by on-going conflict and insecurity, which had already caused over 150,000 IDPs to flee to Erbil. Shadi’s family provided him both moral and practical support, enabling him to embark upon the journey to Europe. His family members were active decision-makers, but chose not to migrate themselves.

Abdullah (34) and his family left their home in Hama in 2012. They were wanted by Syrian Intelligence forces and fled to Idlib. After a year, the situation had become increasingly unsafe due to shelling and airstrikes. Schools were hardly functioning. The family was struggling financially. They discussed the idea of travel to Europe together and agreed to leave. They sold their property, gold jewellery and land to finance the journey. The family was missing legal documentation, which Abdullah took charge of applying for. His mother, brothers, their wives and children left in November 2013. Abdullah planned to join them as soon as the documents came through. He waited for over a year, during which he spent the money he had set aside for the journey.

Abdullah and his family members shared the aspiration to travel to Europe. All were active decision-makers, yet Abdullah faced different constraints when it came to leaving.  When Turkish authorities introduced a visa requirement for Syrians, this further increased the risk and cost of the journey. Abdullah felt that migration was no longer viable.

These examples are typical of many others in the study. For both Shadi and Abdullah, initial flight took place as a direct result of conflict and insecurity, a factor that continued to cause problems in their area of displacement, either directly or indirectly. Internal displacement had served to weaken or sever ties: to employment, education, family, culture and community. At a personal level, the absence of such ‘retaining factors’ left many internally displaced participants with few reasons to stay. Their migration aspirations were a reaction to concerns with their current location: insecurity, unemployment, limited service access, and few long-term prospects. Europe represented a place in which these challenges could be overcome.

Paradoxically, the drivers behind aspirations to migrate to Europe – unemployment, insecurity and discrimination – were also the barriers that prevented IDPs from leaving. Since many displaced households struggled to access livelihoods, they had lower household incomes, depleted savings, and fewer available resources to fund an eventual migration journey. This is echoed in a study by IOM, in which displaced Iraqi respondents described migration as something ‘most other IDPs can’t afford’.

Findings from this research show that internally displaced participants were more likely than their non-displaced counterparts to experience situations of involuntary immobility. Like Abdullah, they had not planned for a long-term separation from their families, but faced barriers – financial, legal, or otherwise – that prevented them from leaving.

Human mobility can be a protection strategy and a livelihoods strategy. Without access to security and a means to survive, staying is neither desirable nor sustainable. However, where finances are stretched, on-going conflict inhibits movement, and channels for regular migration are inaccessible, international mobility is often not an option.

So will today’s IDPs become tomorrow’s refugees? Not necessarily. Nor should this mean they fall from our agenda. Internal displacement is not significant only as a pre-cursor to cross border displacement, it is a sign that people already lack access to fundamental human rights and protection. If we are serious about addressing the needs of the most vulnerable people first, the situation of immobile populations – both internally displaced and non-displaced – must be reprioritised.

Megan Passey is an independent consultant specialising in migration and displacement. Formerly a researcher with the Mixed Migration Platform and REACH, she has worked with NGOs and UN agencies to support humanitarian responses in Africa, the Middle East and Europe. She tweets at @meganpassey 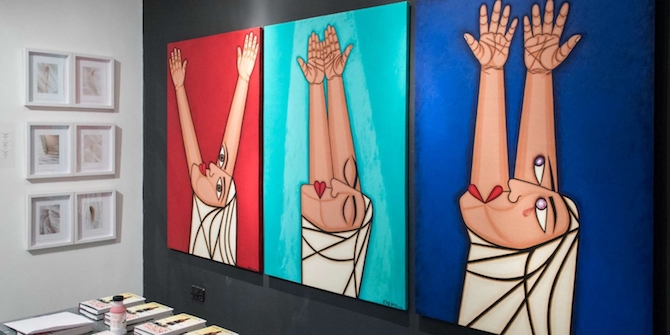 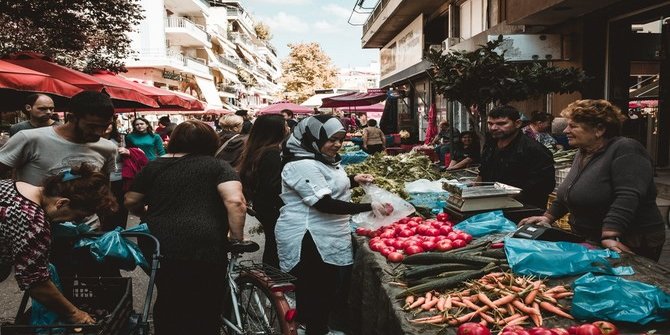 Why Ethnography is Important for Refugee-related Research

Bad Behavior has blocked 2508 access attempts in the last 7 days.