This memo explores the trajectories in the transformation of Rukban from an informal border crossing into a displaced Syrian camp. Rukban is situated in the far eastern Badiya desert close to the tripartite nexus of the borders of Jordan, Syria and Iraq. The displaced population at the site are camped in clusters in a legal grey-zone between two parallel berm walls nominally marking the borders of Jordan and Syria and further out into Syrian territory. Whilst the people inside Syrian territory are ‘internally displaced persons’ (IDPs), those in the liminal space are categorically ambiguous.

The transformation of Rukban reveals the link between the phenomenon of internal displacement, indiscriminate political violence in a state of origin, and the insecurity of an asylum state. The Rukban case also shows how an asylum state can obstruct IDPs from becoming refugees, and points to the troubling existential consequences of this stalled transition in status.

Jordan has a long history as a refuge state. Although a non-signatory to the 1951 UN Refugee Convention and referring to de facto refugees as ‘guests’, it opened its borders to millions of displaced Palestinians, Iraqis and other nationalities prior the arrival of Syrians in 2011. Behind Turkey and Lebanon, Jordan is also host to the third largest Syrian population registered by the United Nations High Commissioner for Refugees (UNHCR), numbering over 650,000 although the Jordanian government asserts that it hosts circa 1.26 million. Government statistics place the demographic ratio between locals and refugees at 2:1, noting however that the over 2 million UNRWA-registered Palestinian refugees with Jordanian citizenship are categorised as locals.

Although initially welcomed, displaced Syrians rapidly became perceived as a source of insecurity for Jordan. It is worth recalling that Jordan’s national security discourse has historically been constructed in expansive terms as entailing plausible – rather than necessarily actual –  threats to Jordan’s socio-economic and environmental security, territorial integrity, and even the political survival of the Hashemite government as a result of the demographic weighting between refugees and the East Bank (non-refugee) population.

Incrementally corresponding to the trajectories of the ‘new war’ in Syria and rising insecurity in Jordan, the initially-generous open border policy was gradually reversed. Border control measures were unfurled along the 375km border with Syria, beginning from the northwest, closest to Jordan’s urban areas and adjacent to Dara’a, the governorate of origin of the majority of Syrians in Jordan. Mindful of the demographic ratio between Palestinian refugees and East Bank Jordanians, restrictions were imposed on the entry of double-displaced Palestinians. Able-bodied, unaccompanied men of fighting age were progressively restricted from entering. By mid-2013 the north-western borders were closed to the vast majority of displaced Syrians.

This closure occurred amidst rising socio-economic insecurity. Jordanian media heavily promoted narratives of stress on social infrastructure, while claiming that  the  entry of Syrians into the informal economy – a necessity given the limited reach of humanitarian assistance and Jordan’s restrictions on refugees working legally – were damaging the Jordanian economy. Syrian refugees were also blamed for the elevation in Jordan’s status from fourth to second ‘water poorest’ country in the world in 2014.

Displaced Syrians unable to enter through the northwest moved towards informal border-crossings in the far north-eastern desert. Rukban, which prior to the uprisings had already been used by traders and smugglers to facilitate the bi-directional flows of contraband goods and people, was one of those crossings. Many displaced Syrians now in Jordan entered through the northeast with the help of nomadic Bedouins, organised smugglers and even revolutionaries prior to 2014.

The progressive hardening of the north-eastern borders begun in 2014 with the expansion of ISIS from Iraq into Syria. ISIS represented the first serious existential threat to Jordan’s territorial integrity and Hashemite sovereignty since the Syrian war. Rising numbers of Jordanians were crossing into Syria to fight alongside transnational jihadists. By mid-2014 ISIS released a widely-circulated video of a militant brandishing his Jordanian passport while threatening to ‘invade Jordan’ and ‘slaughter’ King Abdullah. By September 2014, Jordan officially joined the US-led anti-ISIS coalition.

By the end of 2014 between 3,000 to 4,000 people were camped at Rukban, thus beginning the transformation of the old smugglers’ route into an organic camp populated by the war displaced. The expansion of ISIS pushed many towards Rukban, only to find their prospects for entry into Jordan also blocked. Rukban was by then already largely closed to all but a few carefully-vetted, severely-injured individuals requiring medical treatment. Jordanian government rhetoric meanwhile continued to emphasise that Jordan was at ‘boiling point’ over the numbers of Syrian refugees.

Russia’s political project of restoring sovereignty to the Assad regime was a significant contributor to the growth of Rukban camp. Its population almost doubled to 11,000 in November 2015, corresponding with the onset of Russian airstrikes in the preceding month. By late 2016, a particularly bloody year characterised by indiscriminate violence by various state and non-state entities in Syria, the population camped at Jordan’s north-eastern borders swelled to 85,000.

Syrian self-reliance has been the primary difference between life and death at Rukban, as I saw during my visit to the site in early 2016. Aid deliveries were rare even then, due to the remoteness of the site and inability of Jordanian border-guards to provide security to humanitarian workers. The harsh environment had contributed to the creation of a highly precarious space of refuge. Violent sandstorms constantly blasted through the site, with many residents suffering from respiratory diseases. Violent riots were common occurrences, especially during food distributions.

After an ISIS attack targeting the camp in June 2016, Jordan declared Rukban a prohibited military zone and halted all aid provision. Human rights organisations shortly thereafter circulated satellite images of a graveyard near the camp, indicating the severe toll of aid deprivation.

2017 marked the onset of the apparent un-making of Rukban camp. Although limited aid provision resumed in late 2016, due to further ISIS attacks, only two aid deliveries occurred after the spring of 2017. Large numbers of people have fallen off the camp’s records, consigned to unknown fates. In September 2017 the UNHCR and United Nations Office for Coordination of Humanitarian Affairs (UNOCHA) reported that there were around 50,000 persons at the site, but provided no explanation on the drastic drop in population numbers. In the absence of official clarification and evidence, competing unofficial narratives have circulated regarding the missing.

In October 2017, the Jordanian government announced that Rukban would ‘never’ be Jordan’s responsibility, instead insisting that aid distributions must take place from Syria. Meanwhile, in late 2017 UN officials announced a ‘detailed plan’ for the delivery of aid from Damascus to Rukban and stated that there were 30,000–35,000 persons at the site, again without explaining the further sharp decrease in numbers. It is unclear how many people may now be buried in the Rukban graveyard as official reporting has not addressed the issue of fatalities. Whilst the Rukban situation is continuing to unfold, based on current trajectories, those who remain are at risk of re-displacement or worse.

Suraina Pasha is a PhD Candidate in Sociology at the University of Sydney, researching the Syrian refugee response in Jordan. This paper is based on primary data from her seven months of field research in Jordan in 2015 and 2016, including at Rukban, supplemented by extensive documentary analysis. She obtained her LLB and LLM degrees in Law and International Human Rights from the University of Leicester and has 13 years of senior professional experience in transnational human rights and humanitarian organisations. She tweets at @spasha13 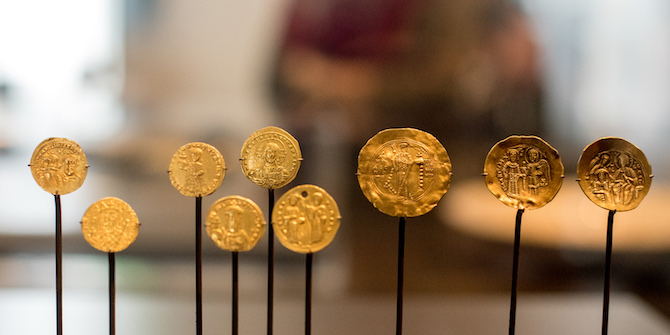 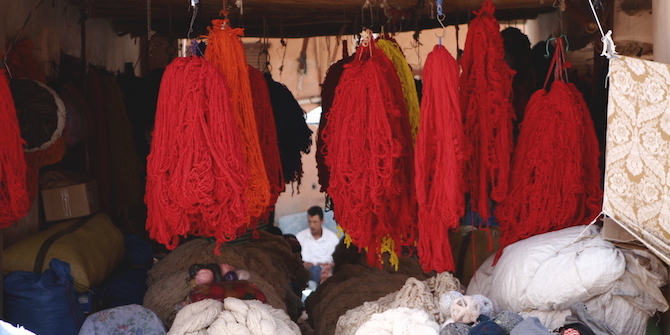 Mediterranean Production Networks and the Export Economies of North Africa

Bad Behavior has blocked 629 access attempts in the last 7 days.