For any new Iraqi government, rebuilding credibility with voters should be prioritised

For any new Iraqi government, rebuilding credibility with voters should be prioritised

Elections on the first stage

With the final results of the Iraqi elections now announced, the politicking for power among Iraq’s main electoral lists has seriously begun. No faction secured an absolute majority – or even a commanding plurality – in the 329-seat Council of Representatives (CoR). As a result, negotiations between the main lists are likely to be messy and prolonged, and surprises are almost certain.

The outgoing parliament continues to debate allegations of electoral fraud, which could alter the results if pursued. But as it stands, Muqtada al-Sadr’s Sa’irun has the immediate advantage, having provisionally won 54 seats. As such, it will push to play the leading role in the new government, including choosing the next prime minister. In line with his reform agenda, Sadr preference appears to be a big-tent, technocratic administration, which eschews the formal ethno-sectarian quotas (muhasasa) system that has been used since 2004 while nevertheless including representatives of a broad cross-section of Iraq’s communities. Under Sadr’s plan, only Nouri al-Maliki’s State of Law (SoL) alliance and certain elements of Fatah (the Popular Mobilization Units-linked list that came second with 47 seats) seem to be beyond the pale. The remaining major electoral lists would presumably be able to nominate technocrats of their choosing for ministerial posts.

There is no guarantee, however, that this formula will prevail. Most of the other big lists have acknowledged Sa’irun’s success, but at the same time they are maneuvering for advantage. Alliances can and will change before the new CoR finally sits, and Sa’irun may be usurped as the biggest single electoral bloc by that point, robbing it of both its primacy and its shot at forming a government.

Early machinations point to a number of possible alternatives. One would be for the two wings of Da’wa – represented by SoL and outgoing Prime Minister Haider al-Abadi’s Nasr list (which together control 67 seats) – to merge in order to preserve the party’s monopoly over the premiership. Party leaders have been discussing this option for months, although rival factions, including Sadr’s, are determined to block another Da’wa-led administration. Another possibility is a formal alliance between SoL and Fatah. There are already media reports that Tehran is seeking to engineer a parliamentary pact between the two as a prelude to forming a wider Islamist Shia bloc that excludes Sa’irun, which is hostile to Iran, and which preserves the basic elements of the muhasasa system.

Sideling Sa’irun might have immediate appeal among its competitors for power, but doing so would be perilous. In contrast to 2010, when Maliki outmaneuvered Iyad Allawi’s winning list to secure the premiership, Sadr and his supporters are unlikely to go meekly into the night.

Sa’irun owes its success in part to its ability to tap into frustration with the pervasive corruption and maladministration that blights Iraq, and the list is an alliance between the Sadrists and secular groups who led anti-government demonstrations in Baghdad and southern cities beginning in 2015. Sa’irun leveraged this protest agenda into votes using the Sadrists’ well-oiled electoral machine, which marshalled the movement’s political base across central and southern Iraq. If Sa’irun is denied what it regards as its just electoral rewards, it is likely to react angrily. It will have no hesitation in mobilising its supporters to demonstrate against the new government, and its Saraya al-Salam militia could also pose a threat to stability.

Any such protests would also be able to tap into a rich vein of dissatisfaction nationwide. The overarching message of the vote is the electorate’s alienation from, and frustration with, the political status quo. Sa’irun’s haul of seats is only one indicator; more significant still is the numbers of Iraqis who voted with their feet. Officially, over 55% of the electorate boycotted the polls. But the real number was probably higher.

If it is to rebuild credibility with Iraqi voters, the next Iraqi government – whatever its configuration – will need to shift its focus from ethno-sectarian agendas to delivering tangible reforms. These were the campaign messages that appeared to resonate most with Iraqis nationwide.

However, implementing change, especially rapid change, will be difficult and time-consuming no matter who is in power. Iraq suffers from more than just a paucity of political leadership. It also lacks the institutional coherence and capacity needed to improve governance materially. The type of reforms to the foundations of the state that are required will be a huge task, and one that is beyond a single government or prime-ministerial term. Even meeting the more immediate welfare and services demands of Iraqis will tax an already overburdened bureaucracy and stretch the country’s already tight finances.

But the risks of not addressing the population’s misgivings are even greater. Whatever post-IS honeymoon period the outgoing government enjoyed, it has now ended. Improved standards of living and better government are what Iraqis are demanding. If they do not get them, anger and disaffection with the country’s political leaders and its institutions will grow.

The Kurdistan Regional Government’s tumultuous experience over the past few months illustrates the dangers that continued maladministration pose for stability. Were such protests to be repeated on a national scale, the security challenge would be even greater. Iraqi leaders would do well not to confuse the patience of the population for its acquiescence with continued misrule. Otherwise, the next government could eventually find itself facing one of the most significant challenges to the post-2003 order that country has confronted so far. 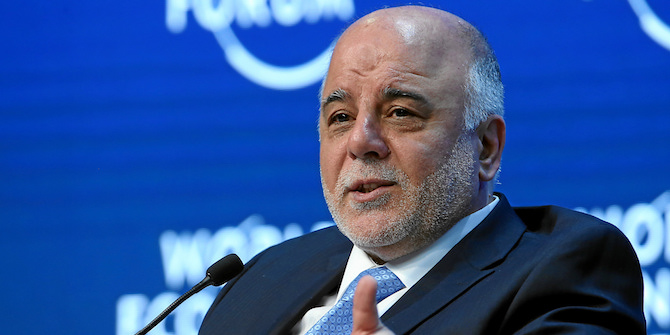 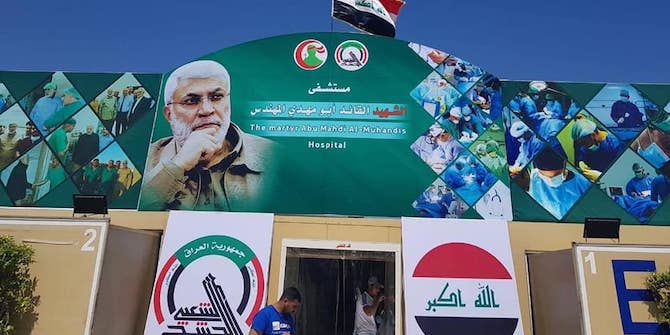 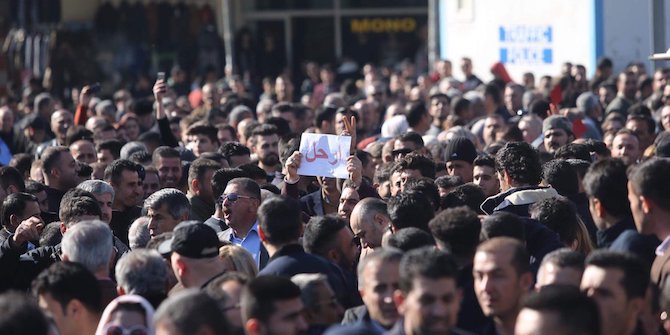 Bad Behavior has blocked 1882 access attempts in the last 7 days.