In Stockholm, December 2018, Yemen’s warring parties met for the first time in two years. Four months later, has the Stockholm Agreement made real progress towards peace, or does it merely signal one step forward and one step back?

The Stockholm Agreement represented a glimmer of hope, showing that the talks had at least laid the groundwork for peace. It brought agreements on the exchange of prisoners, a truce in the vital port city of Hodeidah, the establishment of humanitarian corridors in war-torn Taiz, and a handover of the three Red Sea ports (Hodeidah, Al-Salif, and Ras Isa) to the United Nations Verification and Inspection Mechanism for Yemen (UNVIM).

Despite the deal’s considerable achievements, some Yemenis have been extremely critical of the accords for the following four reasons:

As part of the Stockholm negotiations, the two sides agreed in principle to the UN Special Envoy’s proposed truce and troop withdrawal from the disputed Red Sea city of Hodeidah, as well as a handover of its adjoining ports (Hodeidah, Al-Salif and Ras Isa) to UNVIM.

This proposal came after a series of urgent humanitarian appeals to the two warring factions to commit to maintaining safe access at the key points of entry for humanitarian cargo and lifesaving medicine being shipped to the more populated northern provinces of Yemen.

From the public’s perspective, the Stockholm Agreement is reminiscent of previous peace deals which bought the Houthis extra time to bargain and fortify their defences, as well as lending them legitimacy over the government, which ultimately led to the taking of Sana’a on 21 September 2014. This deal evokes memories of the Houthis’ past infractions of a series of peace deals reached with the Yemeni government, including those brokered by regional mediators. The Qatari initiative is one such example, which failed to stop the fourth phase of the conflict beginning in 2007.

The Houthis have consistently employed tactics to provoke international outcry against their opponents and attract humanitarian aid, while bringing peace efforts to a halt in order to stockpile arms and manipulate public opinion in their favour. According to a 2018 Human Rights Watch report, since 2015, Houthi rebels have been using human shields in contravention of international law, thus exposing civilians to airstrikes carried out by the Saudi-led coalition. Any fatal bombing by the coalition has allowed the Houthis the opportunity to capitalise on the incident by mobilising the public behind the smokescreen of international condemnation.

The Houthi militia undermined the proposed talks in Geneva in 2015, and the important Kuwait Talks collapsed immediately after Saleh and the Houthis established the Supreme Political Council in Sana’a to run the country, despite criticism from the UN who called it a ‘unilateral’ decision.

The war in Yemen has propelled the country into the international spotlight. The UK, in particular, has been heavily involved. London put forward a security council resolution last November that called for a ceasefire and troop withdrawal in Hodeidah, and in March 2019 the British foreign secretary visited the region, in part to salvage the Stockholm Agreement. This flurry of policy activism heralds the UK’s intention to play an increasingly significant geopolitical role both in Yemen and the region.

Later on, the contradiction in the UK’s simultaneous exporting of arms to Saudi Arabia and donation of humanitarian aid to Yemen prompted the House of Lords International Relations Committee to publish a report ‘calling on the Government to address the root causes of the “unconscionable” humanitarian crisis in Yemen: the conflict itself.’ This came after evidence emerged implicating the UK for making the cluster bombs used by the Saudi-led coalition to target civilians in Yemen.

Against Washington’s wishes, the UK-led draft of UNSC Resolution 2451 avoided any condemnatory clause of Iran for its intervention in Yemen after Russia had blocked a similar UK-drafted resolution on 26 February 2018, that had mentioned Iran.

As a result, Saudi Arabia had to accept the Stockholm negotiations after the US Congress and UK Parliament pressured the Gulf state over its involvement in Yemen, as well as the murder of journalist Jamal Khashoggi.

Similarly, the truce and withdrawal in Hodeidah restricted the UAE-backed forces along with their local allied factions, which had been working together on a joint offensive.

If Yemen is trapped in a regional game, why have its players (Iran, who are supporting the Houthis, Saudi Arabia, who have been accused of committing war crimes in the course of their military action and the UAE, who back the Southern Transitional Council, a separatist movement in South Yemen) not been involved in talks where their influence could drive negotiations forward? Moreover, these three states were not even mentioned in Resolution 2451.

4-Breaking off the Three References

As usual, Yemeni President Hadi has reaffirmed the importance of the three points of reference for peace in Yemen, namely: the Gulf Initiative, the National Dialogue outcomes, and UNSC Resolution 2216/2015, even if his government enjoys much less authority over several political groupings in the regions won back from the Houthis, particularly in the south.

After four years of fighting without respite or resolution, ‘the international community has already come to redefine the conflict dynamics and accordingly the new peace frameworks and thus talking about old peace references became a cliché,’ a Houthi representative told the author during an interview in Sana’a.

At the heart of the critiques of the Stockholm negotiations are the following three core points:

Firstly, the  humanitarian-focused deal has neglected other hostile areas and triggered a series of fierce conflicts elsewhere, including the clashes in the Hajoor district in northern Hajjah province a few weeks after the Stockholm deal.

Secondly, the deal overlooked the integral terms of the National Dialogue outcomes, especially those concerned with the full participation of the entire Yemeni political spectrum, including the General People’s Congress party of the late President Saleh (which has now split into pro-Houthi and pro-Hadi factions) and the Southern Transitional Council, neither of which featured in the talks.

Thirdly, the deal was inconsistent with UNSC Resolution 2216, which urges the Houthi militia to hand heavy-duty weapons over to the UN-recognised government. The recent Houthi drone attack on a military parade in the southern air base of al-Anad, in which six officers were killed, seems to indicate that any peace deal is likely to face a challenge from the Houthis.

Omar Munassar is a researcher based in Istanbul and recently a PhD candidate in international relations at Uludağ University. His research focuses on regional security, and the foreign affairs of Turkey, Iran and Saudi Arabia. He specialises in the study of the Gulf region and Yemen in particular. He can be contacted at munassarir@gmail.com and tweets at @OmarMunasar 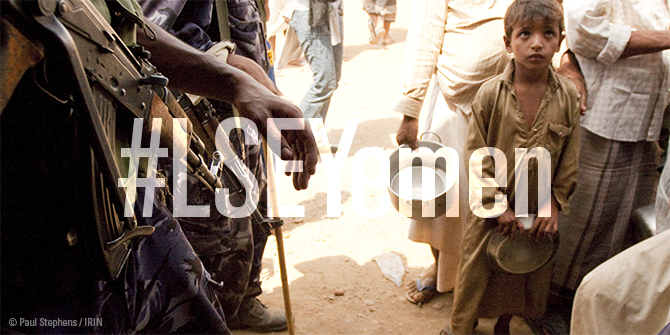 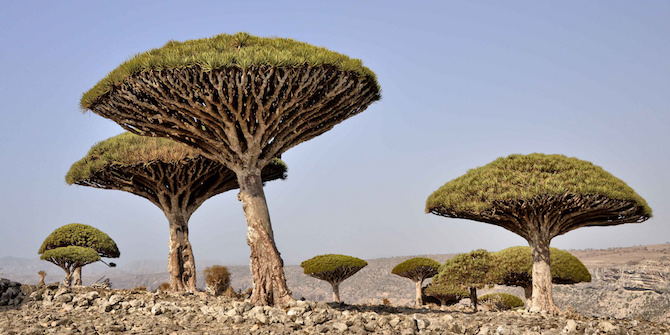