This blog and others in the series are based on presentations during a workshop organised by the LSE Middle East Centre on 26 February 2019.

“Does the struggle against article 534 resonate in the queer community in Lebanon?” a feminist friend inquired. The article criminalises “sex against nature” and mostly targets cis-gay men and trans women. She was reiterating a question she often encounters as international media has publicised this struggle as interchangeable with queer liberation in the country. “No one I know from local queer and feminist communities ever speaks of it,” she added. And she was right.

It did not resonate with us either. As women working in the non-profit sector on queer issues, we could not identify with the internationally prominent mainstreamed discourse; it was not in line with our imagination of justice. Granted, the criminalisation of homosexuality is an atrocity, one of many that the formal (in)justice system inflicts on the bodies of citizens, migrants, refugees, and stateless people. It could not be discussed as singular instance, it could not be divisible from other quests and struggles. Criminalisation in itself is an atrocity, and a tool used by states to deem certain bodies disposable.

To complicate the plight, we ask for a justice that is not reliant on states or policymakers. Rather, we want one of our own, which is not given or withheld by people in positions of power. Knowing that there is a myriad of laws that are used against women, queer bodies, migrants, refugees, sex-workers, disenfranchised and stateless populations, achieving justice includes more than just one milestone, such as cancelling article 534. Instead, we want to topple the system that allows such interference with bodily autonomy and that legitimises the state’s racketeering practices.

The popularity that the struggle against article 534 gained is not innocent. It is not an organic outcry that gained an audience at the time where technology internationalises struggles. Its popularity reflects dominance: as it aims for an ultimate concrete gain, the one-dimensional and measurable milestone is in-line with reformative approaches. It dilutes the complexity of struggles. The representative role that the struggle against 534 took upon itself, as it conflated a precise output with queer liberation, is also deeply misogynist. To assume that the struggles related to gender and sexuality of all people revolves around the decriminalisation of sodomy between cis-men is reductive to say the least, if not utterly offensive, especially for trans women, who often find their victories appropriated and their identities effaced by the very same vaguely conceptualised acronym of LGBT.

This struggle is about sexual citizenship affordable to national rich gay cis-men. It is limited in its scope and it does not account for structural oppression. It embodies hegemonic social relationships within the local community and mimics the power dynamics across different geographic localities. The LGBT framework has been failing us for years, its grip over funding, media, and networks is immense. As I write these words, it monopolises my time and effort yet again. Instead of imaging a futurity for our queer feminist movements, I am inevitably pushed to reflect on LGBT organising.

Somewhere along the way, an epistemic change happened -one that is intentional and malicious. The LGBT framework pretends to be calling issues by their names, but it doesn’t. What it does instead, is that it distracts from the greater web of systemic oppressions that restrict bodily and reproductive autonomy.  We need to problematise the problematic, as the way we frame issues informs the way we go about solving them. Gayness is not a problem. The restriction of our bodily autonomy and our access to goods and services is. When we direct our gaze towards sexuality alone, we render other systemic oppressions invisible.

If we would like to put our finger on the source, it would point towards reproduction, that of bodies, peoples, economies, structures, and nation-states. We need to realign our discourses, to build solidarity across our movements instead of abiding by the singularity of issues imposed by the “divide and conquer” strategies of the rights approach. We need a reproductive justice approach that encompasses a social, economic, environmental, and gender justice analysis, one that speaks of safe homes, violence, access, choice, alternative birthing methods, etc. Such a framework does not promote sexual preferences and gender performances as excepted minorities.

Why are we calling it reproductive justice when it comes to queers? “Queers do not reproduce!” One would exclaim. It is exactly that: our bodies are moulded according to a superstructure that maintains gender and sexual binaries, as well as other structures such as the family unit and monogamy. We are not allowed queer ambiguity. As people are pushed to fulfill reproductive roles, some willingly partake, some fight back, others would like to be included but are actively forbidden the access. The diversity of our sexual preferences and gender performances informs the state’s oppression as questions of inheritance, passing nationality, property rights, and reproduction arise. The capitalist system and the state simultaneously mould our bodies and restrict them for their own subsistence.

So if we want to think of what binds us all together, of a framework that challenges compulsory heterosexuality and monogamy, compulsory motherhood for national and rich women, forced sterilisation or restrictions of access to contraceptives and sexual health services for migrants and refugees, forced separation of families in times of migration, restriction of reproductive choices in times of incarceration, perfect expectations of motherhood at all times, etc., we can think of reproductive justice. It is not surprising when women, migrants, refugees, occupied populations, disabled and differently abled people find it difficult to relate to struggles based on sexual orientation or gender identity. The LGBT framework broke us loose from what could ground us in solidarity with each other, as it is oblivious to the fact that our liberation is inevitably linked to the liberation of those who exist outside of it. It flattened our struggles.

Working on issues of class, race, citizenship, (dis)ability, etc., is not a distraction or an act of charity, it is the core of our queer struggles, because what queerness is to compulsory heterosexuality and homonormativity is what transnational feminism is to the nation-state and homonationalism. It is not a reformative victimised request directed at the government, but a radical collective force of dissent that will reshape justice.

Roula Seghaier is a queer feminist writer, novelist, and translator. She is the managing editor of Kohl and a co-founder of Intersectional Knowledge Publishers. Roula is a member of a feminist cooperative based in Beirut. 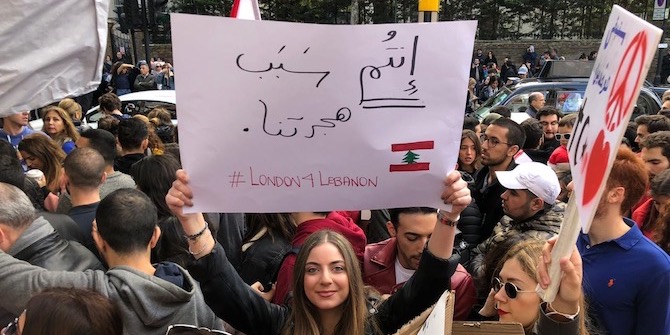 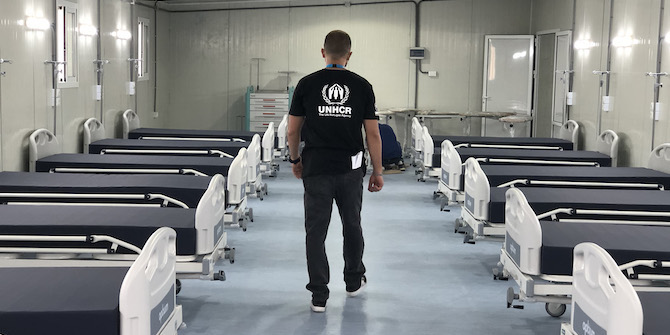