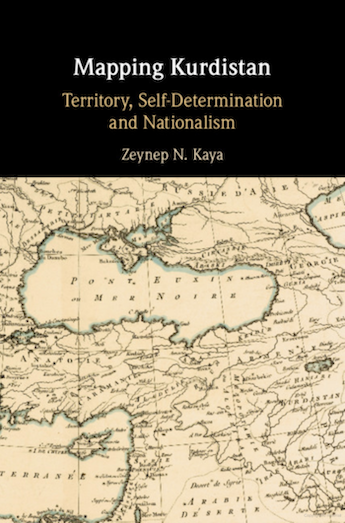 In this perceptive account of Kurdish travails to acquire formal recognition on the international stage, Zeynep Kaya inevitably resorts to the ways in which Kurdistan has been mapped, as made explicit in her title. In so doing, she reminded me of a lecture at LSE some 15 years or so ago, given by the philosopher, Bruno Latour, in which he referred to two broad categories of fact, which he named ‘smooth’, for example water being H²O, and those which were ‘hairy’, i.e. those which are complex, given to qualification or with blurred edges. Maps, par excellence, deliberately make ‘hairy’ facts smooth, presenting complexity with disarming simplicity, omitting realities that do not fit the cartographer’s agenda. This is as true of modern maps, like the British Ordnance Survey, as it is of the (to us) crude early Islamic maps. It all depends on what you wish your reader to understand. Early Muslim cartographers mainly wished their readers to know about cities and their hinterland, not about – in Carleton Coon’s memorable phrase – ‘the lands of insolence’, the mountains and deserts. When Kurdistan first obtained brief cartographic mention in the Seljuk period, it was as part of the troublesome mountains, al-Jibal.

It was in the eighteenth and nineteenth centuries that interest grew in the unmapped regions, principally among intrepid Europeans. Many of these had no agenda beyond the acquisition of knowledge, but it was inevitable that they were a trojan horse for imperial penetration. As far as Kurdistan was concerned the two external empires with the greatest interest were Britain and Russia, but they were interested principally as rivals wishing to deny opportunity to the other. Their contest, however, helped politicise local identities – Kurdish, Armenian and Assyrian – which had largely lain politically dormant within the embrace of the Ottoman Empire. Russia and Britain participated in demarcation of the Ottoman-Qajar border, an exercise that took from 1847 to 1914, and which alarmed Kurdish tribes because where the new boundary interrupted their routes of transhumance, they were compelled to think about identity: tribe, state and religion. Predictably, everyone became enormously interested in maps.

The real crunch, however, came after 1918, with the demise of the Ottoman Empire. By then both Turkish and Arab nationalism were coherent, backed by vigorous intellectuals in various cities and by armed forces. Kurdish national feeling was still largely confined to a handful of notables, mainly in Istanbul, divided between those favouring ethnic independence and those who wished for cultural recognition within an Ottoman framework. At Versailles, a Kurd unrepresentative of anyone but himself, flourished a map, so ‘smooth’ that its borders unashamedly proposed access to the Mediterranean. Meanwhile, neither Kurds nor surviving Armenians cared to dwell on truthful reality in eastern Anatolia where their rival claims inextricably overlapped.

Had Kurds been able to form a national consensus, an internationally recognised entity might just have been possible. Woodrow Wilson’s Twelfth Point asserting self-determination for the various Ottoman peoples enjoyed international lip-service but, fatally, not practical assent. Once America withdrew from international affairs, neither Britain nor France (Bolshevik Russia having withdrawn Czarist claims) had any intention of subordinating their strategic interests to those of the peoples of the region. (Admittedly, dreaming up any borders respectful of religious or ethnic communities would have produced their own intractable problems.) Britain wanted a Kurdish entity north of Mesopotamia not for the Kurds’ sake, but as a buffer to hold off the Turks. Once this proved unfeasible, Britain consolidated its Iraq project, for which incorporation of southern Kurdistan made sense strategically – defence of mountain ranges being easier than defence across the plain – demographically – because its puppet, Feisal, needed more Sunnis to offset Iraq’s Shi’a preponderance – and thirdly, because Kurdish self-determination would provoke Turkish wrath. In such circumstances self-determination did not get a look in. Turkey had no wish even to admit the existence of its own Kurds. After the revolt of 1925, France did not care to cede autonomy to Syria’s Kurds either. (If one looks at which minorities succeeded where the Kurds failed, two spring to mind: the Maronites got Greater Lebanon, carved out of Syria, in which they were (initially) cock-of-the-walk; and highly capitalised European Jews wrested Palestine (also carved out of Syria) from its people. In both cases, however, these were possible only as part of the perceived interest of France and Britain respectively.)

The next opportunity occurred in the post-World War II settlement. The Atlantic Charter, 1941, had asserted self-determination as a new rule of the world order. At the foundation of the UN in March 1945, Khoyboun presented its case, accompanied by a map of Kurdistan, proposing a territory extending westwards to the Mediterranean and south-eastwards to include Iran’s port of Bushire. However, regardless of such fantasies, it soon learnt that the UN understood self-determination as an operative principle for decolonisation, not for rethinking the post-WWI Middle East. (Kurds may have felt colonised by Turkey, Iraq and Syria respectively, but the UN was deaf to their pleas.) Furthermore, just as Middle East boundaries continue to represent Anglo-French imperialism, so those of the new African states assert colonial ones, the arbitrary lines drawn by those who had scrambled for Africa in the nineteenth century.

Kurds have found that whatever minority and individual rights have subsequently been asserted by the UN, they remain effectively meaningless without compelling external support. But if there’s one thing regional states agree on, it is denying Kurds a state of their own. Iraqi Kurdistan alone has achieved international recognition, when its leaders adroitly exploited US interests to achieve an autonomy which the US itself did not welcome. It was a brilliant fluke. I am doubtful it will be repeated.

In any case, Kurds have always been profoundly divided in what they want. The deepest cleavage today, as Kaya so well describes, is that between Iraqi Kurdistan with its traditionalist, kin-based government, still arguing over borders, and Öcalan’s PKK and regional siblings, which have repudiated states and boundaries, including any Kurdish ones, in favour of localist democracy. Maps of Kurdistan will continue to be drawn to make complexity appear simple, to instruct and to persuade in the way they have always done, and international principles will continue to be asserted but which few intend to be realised. That is the way of the world. But we are indebted to Zeynep Kaya for masterfully showing how these harsh truths have played out in the case of the Kurds.

David McDowall studied Islamic History under Albert Hourani for his first degree and wrote his post-graduate dissertation on the Druze revolt in Syria, 1925-27. He is a generalist, having worked for the British Council and UNRWA, before becoming a full-time writer, writing on Britain, Palestine, Lebanon and the Kurds. He is the author of the ground-breaking Modern History of the Kurds, first published in 1996 and currently in its fourth edition. 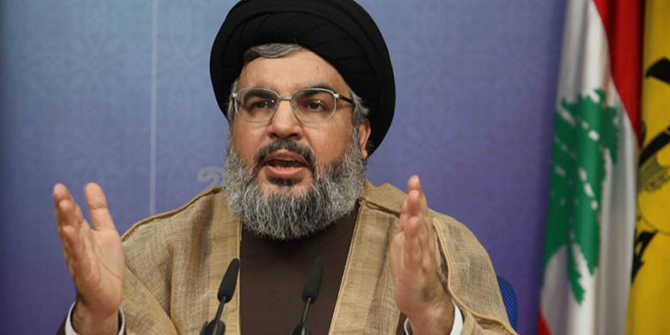