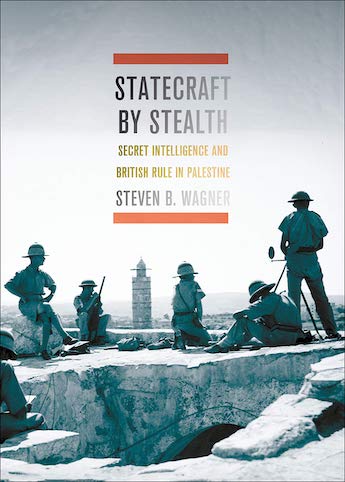 British rule over Palestine lasted from December 1917 to May 1948 – just over 30 years. It was – and remains – one of the most intensely studied (and obviously controversial) subjects of the 20th century due to the enduring and divisive conflict it engendered. The missing (or hidden) dimension of understanding it is the role of intelligence, argues Steven B. Wagner, in the first study of its kind.

His work is based on recently declassified British SIGINT (Signals Intelligence) documents, Hebrew and Arabic sources, and uses the concept of ‘the intelligence state’ to illuminate different elements of British security control from the defeat of the Ottoman Turks to the end of the Mandate. ‘Intelligence records,’ he writes, ‘shed new light on the story of British rule and misrule, but also on the development of the Arab-Zionist conflict after the First World War. Guided by intelligence, British policy strangled Palestinian aspirations and strengthened those of the Zionists.’

Wagner begins with the story of Joseph Davidescu, who was born in one of the first Zionist colonies, Zichron Yaakov. Davidescu was an Arabic speaker and British intelligence officer who was awarded an OBE for his services. He was assassinated in 1945 by Stern Gang gunmen in 1945 because of the suspicion that he was gathering intelligence on them, then escalating their violent opposition to British rule. Davidescu’s life embodies the relationship that was central to the machinery of the colonial state in Palestine, supporting Jewish immigration and settlement against the will of the country’s Arab majority.

The League of Nations Mandate (succinctly-defined as ‘colonies with some international oversight’) whose commitment to self-government clashed with the promise of the Balfour Declaration – meant that from early on the intelligence state understood that the conflict between Zionism and the Arabs was zero-sum.

From the start British intelligence was dependent on its Zionist counterparts in part at least because both sides shared the perception of being hostile to Bolshevism. The wartime Nili spy ring laid the foundation for cooperation between the institutions of the Yishuv (Palestine’s Jewish community), the Zionist Commission and especially the Jewish Agency. There was, of course, no parallel ‘Arab Agency.’

The Revisionist leader Vladimir Jabotinsky, in his 1923 essay, ‘The Iron Wall,’ acknowledged that Arabs would never be reconciled to Zionist policy and thought the Zionist Labour movement foolish for believing reconciliation was possible. That was also the private view of David Ben-Gurion, the Labour leader, though public messaging remained that Arabs would benefit from Jewish-led economic development.

Wagner focuses on how the British responded to changes in Palestinian nationalism – previously an elite domain that was transformed into a mass movement in the first half of the 1930s after the landmark of the 1929 disturbances. Dividing and ruling – exploiting the ‘vicious competition’ between the Husseinis and Nashashibis became a key approach. Wagner also argues that the Mufti, Haj Amin al-Husseini, was a more influential figure than has traditionally been recognised.

But the key to his overall approach is the argument that intelligence and security cooperation served both the British and the Zionists. Tensions existed – around ‘sealed armouries’ in Jewish settlements – alongside illegal Haganah arms smuggling and immigration known as Aliyah Bet, after anti-Semitic laws in Hitler’s Germany and violence in Poland fuelled both Palestinian fears and unity. But overall the cooperation served both sides – reaching a peak with the killing of Izz-al-din al-Qassam in 1935. ‘British coercive power was small, while that of both the Arab and Jewish communities was rising.’

SIGINT records, the author shows, are crucial to the story of how the 1936 Arab strike, rebellion and the Peel Commission involved the intervention of the Arab states, especially Saudi Arabia. The Peel partition proposal of 1937 was seen by Palestinians ‘as a deeper legal retrenchment of the Zionist policy from which there was no escape.’ Anglo-Zionist intelligence cooperation was embodied by the Jewish Agency’s Reuven Zaslani (later named Shiloah and the first head of Israel’s Mossad). Zaslani’s boss, Moshe Shertok (later Sharett) passed intelligence to Charles Tegart, constructing forts and roads to control the revolt in coordination with the Histadrut. Tegart in turn admired the Special Night Squad led by the ardent British Zionist Orde Wingate, and known for their ‘vicious tactics.’

The subsequent 1939 White Paper, restricting Jewish immigration and land sales in Palestine, marked the end of Britain’s 22-year pro-Zionist policy. (It is interesting to learn that during the St James conference in May 1939 GC&CS – the forerunner of today’s GCHQ – began to centralise its Arabic translations.) ‘The intelligence record reveals that the White Paper addressed not only the future of Palestine or the Jewish question, but also how Britain would hold the Middle East during a future war.’ Wagner shows that Ibn Saud, the so-called ‘Bismarck of Arabia’, was crucial in forming Britain’s strategic approach as war in Europe loomed.

Confrontation loomed between the British and the Zionists, but was averted when Germany invaded France in 1940. Intelligence and military cooperation grew steadily, so that the Special Operations Executive and the Secret Intelligence Service (MI6) owed the Haganah a ‘considerable debt.’

Wagner’s book should be read in conjunction with Matthew Hughes’ recent study on British policy towards the Arab rebellion.

Book Review – 'Britain's Pacification of Palestine: The British Army, the Colonial State, and the Arab Revolt, 1936–9' by Matthew Hughes May 31st, 2019 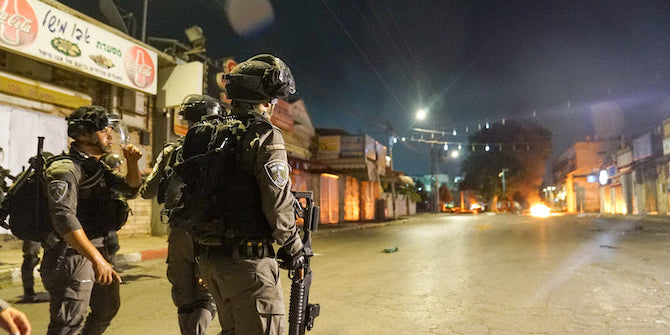 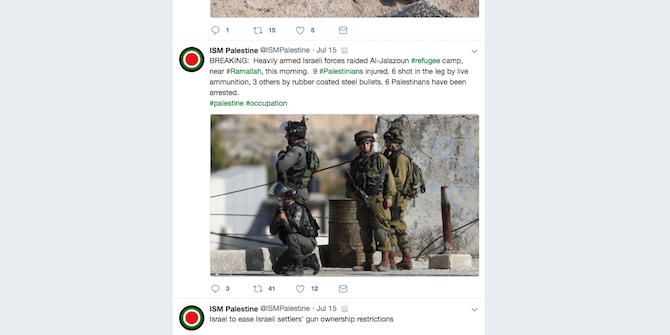 Bad Behavior has blocked 607 access attempts in the last 7 days.