The Arab National Movement is mourning the death of one of its bellwethers, Dr Khair El-Din Haseeb, founder of the Centre for Arab Unity Studies.

Arab nationalists and thinkers throughout the Arab world have lost an eminent and irreplaceable character, Dr Khair El-Din Haseeb, who passed away on 12 March 2021. Dr Haseeb was at the heart of the region’s important intellectual and research activities for more than four decades. During that time he sparked a scientific and intellectual renaissance within the Arab nation. Establishing the Centre for Arab Unity Studies in 1975, he believed that Arab unity would not be achieved by governments and rulers; but only by finding common ground between Arab people all over the Arab nation.

Khair El-Din Haseeb was born in Mosul in 1929. He left to Baghdad to attend secondary school and then university. After graduation with an economics degree from the University of Baghdad, he was granted a scholarship to study in England, where he obtained a master’s degree from LSE (1957) and later a PhD from Cambridge University (1961). Returning to Iraq, he worked in various fields, including teaching at the University of Baghdad (where I met him for the first time as a student there). He occupied numerous positions until he was appointed Governor of the Central Bank of Iraq in 1964 and then President of the Economic Corporation (with the rank of Minister). This body supervised all economic activities in Iraq. While in this position, he announced measures that resulted in the nationalisation of private industrial enterprises and banks. These decisions faced heavy criticism as harming the burgeoning Iraqi economy, but he defended them until the end of his life.

In addition to his exceptional intellectual and administrative abilities, Dr Haseeb enjoyed a rare patriotism that made him transcend the experiences of imprisonment, torture and alienation he suffered. Despite these, he was always willing to serve his nation. In one of my many conversations with him, he told me that after he was released from imprisonment following Iraq’s 1968 coup, he was advised to leave the country.

He went to Beirut in 1973 where UN ESCWA offered him a respectable international job. He said that after he settled in Beirut, he made a comprehensive assessment of his life. He decided not to make concessions on matters of principle, to defend what is right and to make national and public interests his main criteria for any decisions. This had two results: the rigour and seriousness that characterised his behaviour made it difficult for many people to work with him, except for those who were serious and understood his character. It also enabled him to establish a large and successful intellectual edifice, the Centre for Arab Unity Studies, which was described as the only bright spot in the life of the Arab nation following the infamous setback of the June War in 1967. His perseverance was shown in his success in publishing the Centre’s journal and other publications from war-torn Beirut, even during the most ferocious stages of the Lebanese Civil War (1975–1990), and the Israeli invasion of the city in 1982.

Under his direction the Centre for Arab Unity Studies succeeded where many Arab governments have failed. Dr Haseeb gathered Arab thinkers and researchers, and also foreign experts, to discuss and write about the main issues confronting their nation. These activities took place in all Arab capitals. Arab regimes sometimes refused permission for such activities; daringly he then convened these groups in Cyprus, including the Arab Organisation for Human Rights and the Arab Society for Political Science. Under his administration, the Centre published tens of titles each month (including books, PhD theses, translated manuscripts and seminar and workshop proceedings) as well as 500 issues of its respected monthly journal, al-Mustaqbal al-Arabi, (‘The Arab Future’).

Dr Haseeb was also instrumental in establishing many other bodies such as the Arab Organisation for Translation, the Arab Anti-Corruption Organisation, and the Arab Society for Economic Research. Through these activities Dr Haseeb established cultural and research links between Arab intellectuals from Morocco to the Gulf countries. He also established the Arab National Conference and the Arab-Islamic Conference. These gatherings involved over a thousand people from all walks of life across the Arab and Islamic countries.

The occupation of Iraq in 2003 stimulated Dr Haseeb to develop programmes to resist the occupation and its catastrophic consequences, as well as to support the continuation of the resistance. This was the likely reason for many institutions withdrawing support from the Centre. This caused great financial hardship and, putting the interest of the institution first, Dr Haseeb took the painful decision to resign.

On top of his professional achievements, Dr Haseeb enjoyed a rare patriotic spirit. I remember that when the drums of war started beating around Iraq after the disastrous invasion of Kuwait, and the Iraqi leadership needed to obtain his support and the influence he enjoyed among Arab national circles, an invitation was extended to him to come to Baghdad. He did not hesitate to accept it, despite his bitter memories of his sufferings at the hand of the same regime.

Dr Haseeb intensified his efforts when inhumane sanctions were imposed on Iraq in 1990. Although the Centre was experiencing financial difficulties, he took the decision to donate all the Centre’s publications as a gift to all Iraqi universities, with free subscriptions for all of its future publications.

This great man achieved an incredible amount during his life. The eyes are tearful and the heart is appalled at the loss of a big brother, a dear friend, a capable teacher, a brilliant administrator, and most important of all a rare and irreplaceable patriotic Arab national figure. May God rest his soul in peace, and provide his family, his children, grandchildren and his loved ones, patience and solace.

Saad Jawad is a prominent Iraqi political scientist who taught at the University of Baghdad for more than 30 years. His interests include Iraqi Kurds, the war in Iraq and its effect on the Middle East and the regional influence of Iraq's neighbours. He was previously a Senior Visiting Fellow at the LSE Middle East Centre.

The Opportunity for Local Peacebuilding Interventions: The Case of Kirkuk, Iraq 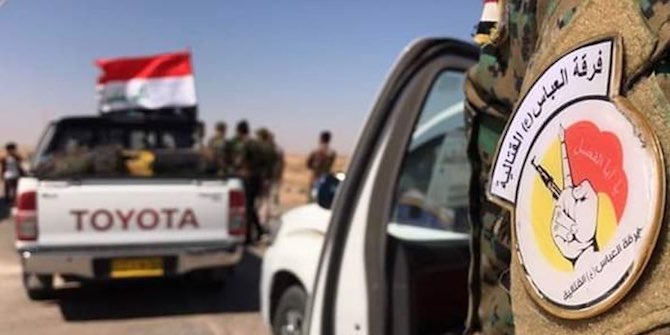 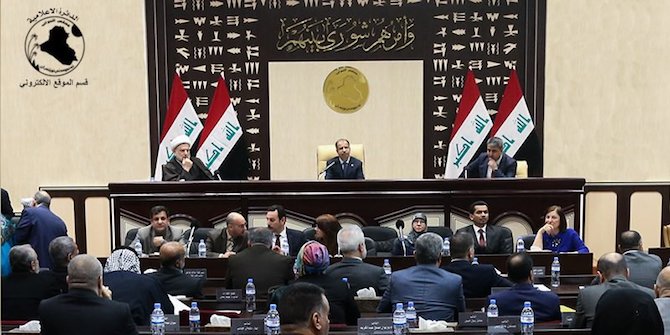