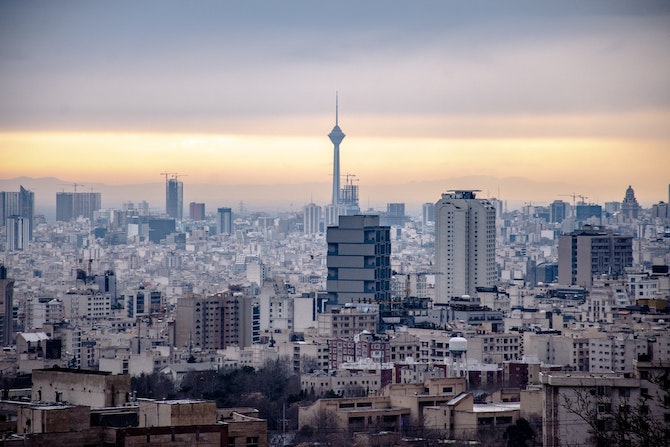 The skyline of the Iranian capital Tehran, which accounts for a large proportion of the country’s economic activity. Source: Hosein Charbaghi/Unsplash

The pandemic brought many challenges to economies worldwide with governments enacting policies and central banks stepping in to cushion the shocks in advanced economies and emerging markets. Some emerging markets and low-income countries, such as Afghanistan, Chad, Haiti and Niger, have benefited from external funding from advanced countries and other international institutions. However, amid the pandemic and economic sanctions imposed on Iran, the economy has faced a severe downturn, experiencing inflation rates of over 30% and devaluation of the Iranian currency by 50%. On the one hand, government costs keep increasing, due to massive subsidy payouts, the growth of the public sector and the support provided to businesses and individuals during the pandemic. On the other hand, the government’s ability to fund its projects has been severely restricted, mainly due to the sanctions imposed by the US over the past few years.

However, the government needs to introduce serious restructuring in its costs, cutting ongoing and inflationary expenses to address the challenges on its cost side and control inflation. Iran’s subsidy reform, which started in 2011, has become one of the main challenges for the government over the last decade. In addition to correcting the system of cash transfers, the government needs to cut the subsidy on energy, food and other sectors of the economy to stop the smuggling of subsidised products outside of the country and bring the markets into balance. Furthermore, the government needs to reduce its size in the economy and privatise firms to support competition in the market while providing infrastructure to facilitate competition between private and public companies.

On the revenue side, there are three main ways that the government can fund its projects: increasing taxes, increasing its debt and oil revenue. Over the past few years, the economy has experienced continuous negative growth in many sectors, including manufacturing, due to economic sanctions and government mismanagement, such as not controlling for inflation. Therefore, in this environment, when businesses and individuals are suffering in a downturn, increasing taxes will hinder economic recovery.

Second, most governments in advanced economies and other emerging markets have started to issue debt to provide financial support to combat the pandemic. The Iranian government is no exception. The government’s debt to the banking system increased by 25% from 2021 and 68% since the start of the pandemic. At the same time, due to economic and financial sanctions imposed by the US in 2018, Iran could not procure external loans and lost access to its external funds. For example, at the beginning of the pandemic, the US government attempted to block Iran’s request for coronavirus aid from the IMF. The difficulty in procuring loans from abroad left the government with no choice but to finance its costs through the internal banking system. Hence the government issued bonds in both primary and secondary markets. However, the demand for government bonds has declined in the last few months mainly due to high inflation and higher returns in other markets like foreign exchange and housing. The government relies heavily on financing its budget through issuing debt. It seems, though, that the demand for government bonds in 2021/2022 is lower than the government expected in the budget plan. Furthermore, administering bonds in the primary market could further impact the central bank’s autonomy and force it to deviate from its traditional objectives, such as controlling inflation. If the central bank loses its credibility, there will be severe and dangerous consequences in both the short and long term for the Iranian economy such as sharp rises in inflation and exchange rates.

Third, the government in Iran has always relied on oil revenues to finance their projects and deliver their promises. At the start of the pandemic in March 2020, the oil price crash had left Iran and other oil-exporting countries with serious challenges to combat the pandemic. In addition, Iranian oil exports have dropped more than 2 million bpd since 2017, before the unilateral US sanctions against the country were imposed. However, as the oil price rose due to the economic recovery and Iranian oil exports increased despite the sanctions, the country could rely more on oil revenues to partially finance its costs. Despite this, the income from oil exports would not be enough to fund increasing government costs.

Recent economic challenges, combating the pandemic and the new Iranian government’s ambitious and expansionary economic plans call for the need to find new sources of revenue. Since increasing revenues from taxes and debt issuances are not effective, the Iranian government has no choice in financing its costs in the short term but to increase its oil exports and secure access to its external funds. This policy is not possible without the Iranian government reaching a deal with the US and other world powers over its nuclear programme. However, some obstacles and concerns remain between the two sides, which need to be resolved. It is important to note, though, that delays in talks on the Iran Nuclear Deal mean more serious challenges for the Iranian economy in the near future such as increasing fiscal deficits, higher inflation and lower economic growth.

Ebad Ebadi is a PhD candidate in Economics at George Washington University, where he studies the impact of economic sanctions. He has published multiple articles on the Middle East and the Iranian economy in English and Persian. Before joining George Washington University, Ebad taught at the University of Tehran and worked for private and policy-making institutions in Iran. Ebad has a Master's degree in Economics from the London School of Economics and Political Science and the University of Tehran. He tweets at @ebadi_ebad 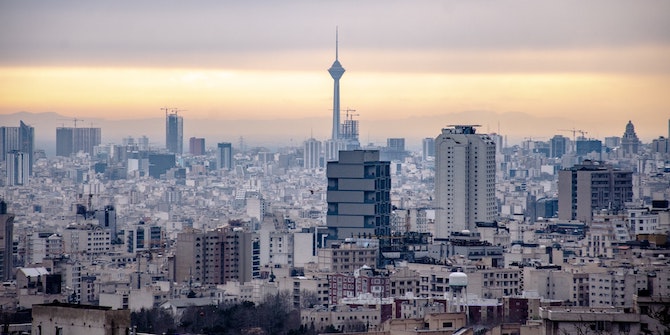