It has been over seven months since early elections were held in Iraq, in response to the mass protests that swept the country demanding an overhaul of the sectarian power-sharing system known as the Muhasasa Ta’ifia. As a result of these elections, various grass-roots parties that emerged out of the October Protest movement gained parliamentary seats. Among the most significant was Imtidad – a party affiliated with the uprisings in Nasiriyah – which unexpectedly won nine seats. Other ‘protest parties’, such as Al-Bayt al-Watani, decided to boycott elections, arguing that this would give them more time to build their party and electoral base. Yet, even before the new government has been formed, these new parties have already begun to disintegrate, marred by infighting, accusations of corruption and mass resignations.

In this article, I draw on interviews with members of protest parties to argue that their rapid fragmentation attests to the Muhasasa system’s ability to survive prolonged and profound crises. I suggest that the power of the system derives from the on-going deployment of both state and extra-state violence to crush opposition and its ability to co-opt those who once challenged it. In addition, the deep entrenchment of sectarianism within the system and the fracturing of power along multiple nodes means that new parties cannot take concrete policy positions without being accused of taking sides, leaving them immobilised.

The fragmentation of the new protest parties begun in the run up to elections, where increased violence in the form of targeted assassinations against prominent political activists carried out by militia groups, resulted in a split between those who sought to participate in the elections and those who decided to boycott them. Consequently, those who boycotted were accused of ‘never really wanting early elections’ – despite calling for them during demonstrations – and using this standpoint as a cover for not having completed the electoral registration process in time. This severely weakened any challenge that the ‘protest parties’ might have posed to the dominant post-2003 election parties, turning them against each other, limiting their numbers in parliament and restricting the possibility of any joint strategies to oppose the political system from both inside and outside the Council of Representatives.

The deployment of coercion against political activists has not subsided since the elections, but it could be argued that the form in which it is being deployed has changed. For example, some areas in central Baghdad that were formally hubs for political activism are now heavily policed by state forces, making them ‘no-go zones’ for activists who fear being subjected to threats and harassment. Within parliament itself, protest parties such as Imtidad were pressured into voting for Mohammed Halbousi for the position of speaker for a second term, due to threats that they would not be called to speak in parliament if they did not do so. Thus, my interviews suggest that state forces have become more prevalent in the coercion carried out against activists and protest parties, harassing, intimidating, and threatening them into conformity.

However, what the vote for Halbousi also attests to is the difficulties protest parties are facing when attempting to make concrete decisions. Following the decision to vote him back in, at least 17 high profile members of Imtidad resigned, arguing that the party had strayed from its promise not to participate in the Muhasasa system. More recently, a further five MPs resigned, accusing its general secretary Alaa al-Rikabi of siding with Moqtada al-Sadr’s Tripartite Alliance and leading to his temporary suspension. Prior to this, when the party decided to attend the second parliamentary session which was boycotted by the Tripartite Alliance, they were accused of siding with the Coordination Framework. The post-2003 political system is so highly fragmented and divisive that whatever policy protest parties take, they will always be accused of supporting a particular side. As a result, they have only been able to go so far as to engage in an act of negation, vowing to stay outside of the Muhasasa, but not much else.

Furthermore, key members of the protest parties have been accused of corruption. The general secretary of Al Bayt al-Watani, Hussein al-Ghorabi, has been temporarily suspended after supporting the nomination of Mohammed al-Hadi – who ran with Sairoon in the 2018 elections – for governor of Dhi Qar. The party was promised by members of Mustafa al-Khadimi’s office that if they supported this nomination, the new governor would support their calls for reform. However, this has not materialised, and instead al-Ghorabi has been accused of taking bribes from the Sadrists in return for Al Bayt al-Watani’s support for al-Hadi. al-Rikabi has also accused the five MPs who resigned from Imtidad of corruption. This demonstrates the power of the Muhasasa to corrupt due to the deep entrenchment of clientelism and the vast amount of political money available in the system for those willing to support it.

Finally, political sectarianism is so foundational to the Muhasasa system that protest parties have found it near impossible to organise effectively outside of a strictly ethno-sectarian framework. For example, when Imtidad and their allies New Generation in the ‘For the People’ bloc released a joint list of conditions that would have to be met for them to attend any parliamentary session to elect the president, interviewees told me that the former was accused of “bowing to the demands of the Kurds”. Protest parties have faced similar issues in parliament, being pressured to attend the meetings of parties affiliated to the sect or ethnic group of which their members belong. Moreover, they have found it difficult to assert themselves as representatives of the ‘Iraqi people’ or ‘nation’, rather than representatives of ethnic groups or sects, with members of the political elite outright refusing to accept that their cross-sectarian alliance represents 18 nationalist MPs. Instead, they have insisted that New Generation represents the ‘Kurdish component’ and Imtidad the ‘Shia component’. This goes to show that the logic of ethno-sectarianism is so deeply embedded within the Muhasasa system, that there is an outright refusal to accept that politics can be done outside of this framing or even to begin to comprehend where a nationalist movement might fit within it.

The Muhasasa system has been quick to divide the new political parties that emerged out of the October protests through coercion, co-optation, and sectarianism. This, however, is perhaps unsurprising given that the dominant actors within the post-2003 political system have had nearly two decades to prefect their counter-revolutionary tactics. In comparison, the nascent parties who are the subject of this article lack experience, resources and any lived experience of politics outside of authoritarian rule, and the Muhasasa, that might inspire them to do better. Despite this, efforts to transform the momentum created by the October protests into an effective, organised opposition movement have not subsided. In fact, Iraq is brimming with young activists who are already strategising to ensure better outcomes for protest parties in the next round of elections, working on raising political awareness, and who remain hopeful for a better future of their own making. 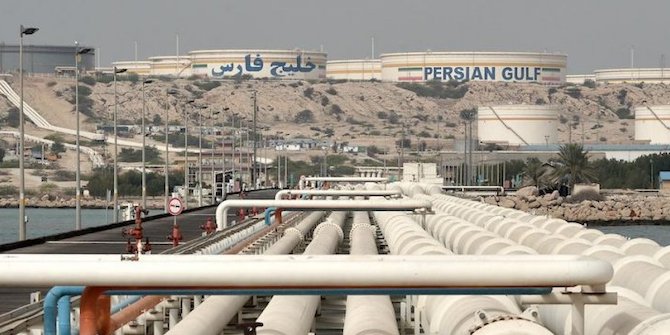 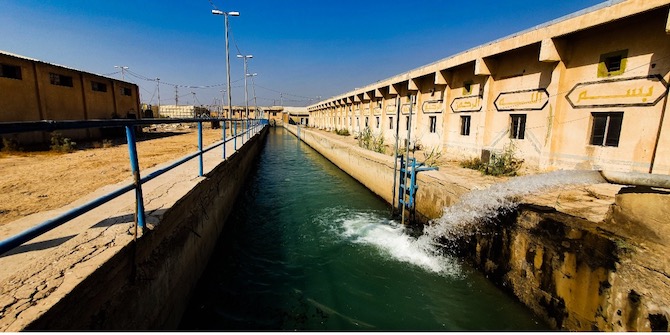