When we think about the future of news, the first thing that comes to mind is new technologies from AI to Virtual Reality and social media platforms. Both journalists and news audiences are well-aware of the fast-shifting technological terrain of news making. From the perspective of journalists, their profession is at the future’s frontiers. That is unsurprising since so much of what a journalist does is about chasing something new, be it a story or a platform, with the goal of maximizing audience reach and engagement.

In the Arabic-speaking world, the news audience is a loaded term historically and presently. Today, conceptions of the audience are unstable as news consumers are fragmented across age groups, countries, political affiliations, and technologies. For instance, young people in the Arab world increasingly access news via social media platforms such as Instagram and TikTok. As elsewhere, this often leads to a kind of “tech-panic” in newsrooms as journalists and editors fear a future where their role is diminished, and they seek to offset that fate by luring young people via digital technologies.

The study Arab News Futures explores the ways in which Arab newsrooms integrate communication technologies often without a strategic plan or thorough understanding of the impact these may have on journalists and audiences. To learn more about this dynamic interaction between newsrooms, journalists, and audiences in relation to technologies, we are conducting interviews with journalists in Arabic-language news organisations based in London and Dubai. We are also holding focus groups with Arabic-speaking students in both cities to understand their news consumption.

In this research, we are interested in the entanglements between the ways journalists talk about and use technologies, with imaginings and measurements of the audience. We critically examine journalistic assumptions and newsroom strategies and practices in determining and curating news content to keep up with technological and social media trends. In doing so, we address an area that is often neglected in the literature on Arab media.

The Arabic-language news scene is crowded but not diverse. State actors and government-affiliated businesses are the dominant players as they compete for influence and audiences. The Arabic news landscape is packed with channels and outlets funded by rival governments in the region and beyond, including Iran, Turkey, the US, Europe, China and Russia. While news from London, Beirut and Cairo dominated the scene in the past, today it is Gulf funded and based news media that lead the industry. In contrast, independent news outlets are small in size, budget and reach, and largely funded by Western governments or NGOs.

We are interested in how younger audiences experience and make sense of this fragmentation of sources and homogenisation of funding and political structures. How aware are they of the discrepancy in the Arab news scene with its horizontal variety and vertical similarity? What role do social media play in their news consumption? How do news topics and stories impact their choices of sources?

In terms of the perspective of Arab journalists, we ask about how they deal with the changing policies of their organisations and editors on the use social media to grow the audience. Does the intent to disseminate news across social media platforms shape the news agenda? How is audience data discussed in newsrooms? Basically, how do the links between audience engagement and new technologies impact the work of journalists?

While setting out to understand future trends in Arab news, our project aims to understand the impulse of chasing new technological trends. Our approach is to question what Arab news media organisations consider to be datafied measurements of audience participation. In a region where governments’ control over news outlets is stifling, we investigate the cause of audience apathy and fragmentation and the role that the entanglement between audience quantification and new technologies’ integration plays in the future of Arabic news.

This blog post introduces the research project ‘Arab News Futures’ conducted in collaboration with the American University of Sharjah and part of the LSE Middle East Centre Academic Collaboration with Arab Universities Programme, funded by the Emirates Foundation. Omar Al-Ghazzi is the principle investigator on this project with Abeer Al-Najjar.

Abeer Al-Najjar is an Associate Professor of Media and Journalism Studies at the American University of Sharjah. She was a Visiting Senior Fellow at the Middle East Centre in 2016-7. Currently, Abeer is the co-PI on the research project ‘Arab News Futures'. She tweets at @abeernaji 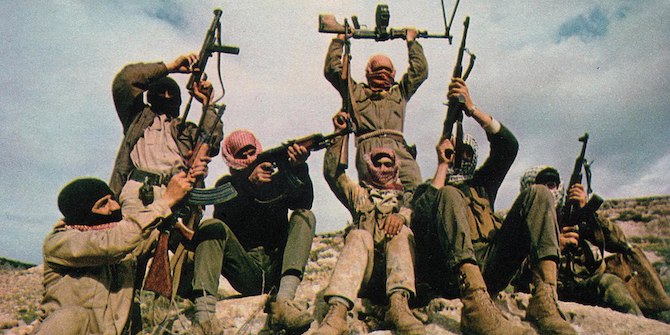 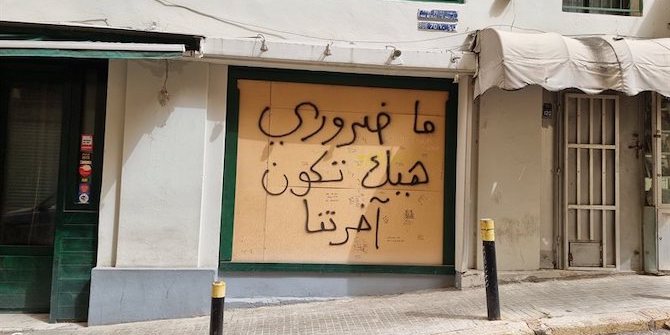 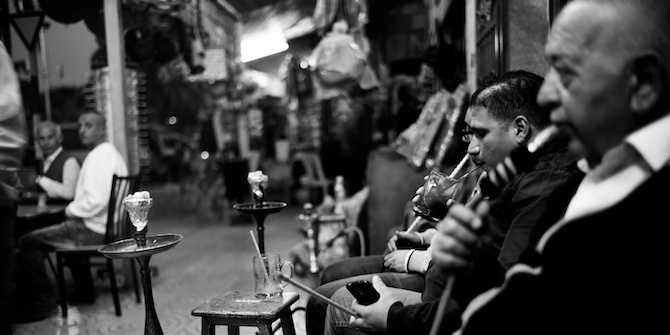