In football they have a saying: “Form is temporary, class is permanent”. It explains why Newcastle United are prepared to invest more than £100,000 a week in injury-prone Michael Owen. When he’s good, he’s very, very good. Similar reasoning may apply to the BBC’s decision to hire failed England football boss Steve McClaren as a pundit. And perhaps the same logic is at work with the new contract for Channel 4 boss Andy Duncan, who has seen his salary double despite some disastrous moments for the channel over the last year or two.

The Daily Mail – which has never loved Channel 4 – puts it like this:

Despite facing calls to be sacked last year over his handling of the reality TV show fiasco, he received almost twice his £650,000 salary in bonuses and loyalty payments. This astonishing pay-out comes despite the fact Channel 4 was also fined £1.5million for phone-in competition rip-offs on Richard & Judy and Deal or No Deal. The salary hike also comes after an awful year for the broadcaster, which saw profits plummet by almost £20million, barely breaking even.

Since then Duncan has launched a new strategy which will seek to win back the channel’s place at the heart of public service broadcasting. They won seven TV Baftas this week which reflected a desperate attempt to foreground their more quality output.

One victory has been that opinion-formers in the industry are taking seriously the idea that Channel 4 should get some public money post 2012.

Even Peter Bazalgette who told the RTS this week that C4 should be privatised wants them to get some taxpayer cash.

But unofficial BBC blogger Nick Reynolds thinks this would be a mistake for C4 as it would lumber them with a whole new set of regulatory baggage. Ofcomwatch see it as another indicator of Ofcom’s power-grab and an indication of Ed Richard’s desire for yet more state control of broadcasting.

Clearly Channel 4’s board feel that the marketing guru turned TV mogul may be a thoroughbred worth backing.

BBC Sport seem to think the same about the hapless former England football manager Steve McClaren. He to be paid to commentate on Euro 2008 this summer. I guess smaller sums are involved than Duncan’s pay packet. But in the week that they decided to dump the entertaining Ian ‘jestor’ Wright it is a signal that BBC sport are backing Establishment links rather than flair. 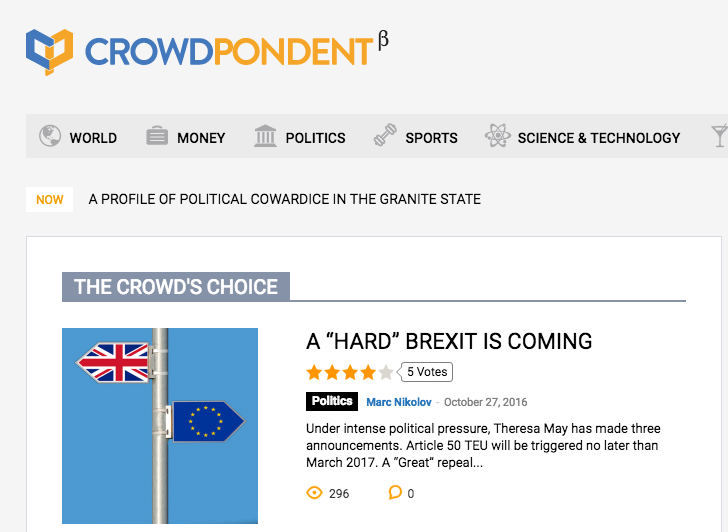 Special report: Impartiality is not just the BBC's problem