Is journalism good enough to save democracy? The Ditchley Park Report

Is journalism good enough to save democracy? The Ditchley Park Report

I have already written about the media and democracy gathering at Ditchley Park from my point of view. The thoughts of the various international editors, journalists, academics, experts and officials from government and other organisations were expressed under Chatham House rules. But although we can’t quote individuals, the conference rapporteur has been kind enough to write up his closing  thoughts on the deliberations. The London Times’ International Editor George Brock elegantly sums up what was simultaneously a disturbing but rich debate about the future of the global news media.

The Irish playwright George Bernard Shaw said that you could always identify a journalist by one simple test. A journalist will be unable to distinguish between the significance of the start of a world war and a bicycle accident.

We have heard a good deal at this conference, as one would expect to at Ditchley, of how desirable it is that journalism should be intelligent, nuanced, balanced and keep a sense of proportion. Let’s try applying those precepts to the situation in which journalism finds itself today.

If Jeff Jarvis writes a piece saying that the architecture of the traditional newspaper story is going to change because of new media technology….If a bureau somewhere closes….If a story about a man marrying a goat stays at the top of the “most-read” table for a very long time….These things might be described as intriguing, sad or ridiculous. But they are not the end of western – let alone eastern – civilisation.

Established news media are faced with major, irrevocable economic change. The issue is how we handle these pressure and how we take the opportunities that change always provides.

To do that we have to deal with what psychiatrists call denial. Consider the paradox of what you have heard in these debates. You have heard of more news, more readers and users, more diversified channels, more reach, more voting (at least in Britain) and more civic engagement. But from those inside journalism, you have heard more gloom, more redundancies, more closures, more and more murmurs about the “flight from quality”.

Some of what we’ve heard helps to explain this apparent contradiction. Media may be fine, while journalism may be less healthy. But there’s another possibility which hasn’t been much considered here: that the consumers of mainstream media have not thought that the journalistic output sufficiently engaging or useful to ensure survival.

We weren’t very good at predicting the financial crisis. The mainstream media’s failure to handle the claims of weapons of mass destruction in Iraq is well known. We cannot claim to have done climate change brilliantly either. Economic pressures have left newspapers and broadcasters with fewer reporting resources than before, but in the case of those three huge stories, we didn’t use the resources we do have very well. The speaker from South Asia who accused the western media of complacency was spontaneously applaused because he hit a nerve and hit it hard.

We have asked ourselves if there is demand for quality journalism; “demand” was being used in its economic sense, distinguished from need and appetite. Are the need and appetite strong enough, in other words, to sustain the business models on which good journalism depends?

The rewards of virtue

Someone said that they saw no sign that in journalism, virtue has its own reward. I disagree. When old business models fail, new business models do not pop up with convenient speed immediately to replace the old. The fact that new ways of making good journalism pay are not instantly obvious is not proof that they aren’t going to be found. Keeping our nerve and believing in what we do matters more in tough times.

We are told we live in an increasingly globalised world. On that global playing field, British journalism is scoring pretty well. The BBC, my own paper The Times, The Guardian and the Financial Times – all represented here – now enjoy vastly greater international readerships compared to 10 years ago. I find it hard to believe that this market for reporting and sense-making cannot be handled so as to sustain serious journalism. As ever, some of that journalism may be done in loss-making operations owned by larger companies which can stand the loss.

What value does journalism add?

In the crowded Babel of the “information-rich” society, the key is the building and preservation of trust. That point is hardly original. But I’d like to underline the connection between plurality and trust. It’s good to go back to first principles and one of the best questions being asked and answered here was: what value does journalism add? The common denominator in the answers was that reliable information helps voters.

If a society is open and free, there will be no Great Editor in the Sky to settle the question of what or who does that best. A truly plural society will see a competition to establish trust. Someone spoke of the need for a gold standard. In an open society, the gold may mix with dross and people will argue about which is which. Journalism will be an alloy.

One speaker talked of the importance to preserve the institutions of journalism in order to sustain their “countervailing power” against the state or any other interest inhibiting the free flow of news. There are many areas of public life where the continuity of institutions is important – politics or education for example. But history does not suggest that journalism is one of them.

Journalism in the public interest (or “public service publishing” as someone wants to call it) is always insecure if it is independent of the state. For independence of the state – the great, original battle which gave birth to newspapers – means that most written media will depend on the winds and tides of private-sector markets.

Sailing in these waters isn’t easy right now. The advertising-supported business model is failing and we’re groping for another one which will support a mixed print-digital output. Transitions are never fun.

But let’s not forget that the story of news media is one of volatility, relies heavily on improvisation, often turns on accidents and, most important of all, regularly features insurgent newcomers upsetting established operators. Periods of transitions are usually followed by consolidation. Some institutions will survive with their countervailing power intact. New ones will arise and grow such clout.

One of most potent agents of change has been technology, whose power to mould the forms of journalism has been huge. The Times took on its modern shape in the 1840s when a man called John Delane spotted a perfect match of supply and demand. The Great Reform Act of 1832 had enfranchised millions of Britons who were curious to know what was happening beyond their localities. Delane saw that the fast and affordable new rotary presses could be used to satisfy that hunger for news. Delane isn’t likely to have thought of himself as a journalist at the time: the word had only recently entered the language. He was in fact a master printer.

As a more modern example of rise and fall, look at the French daily Liberation. Born amid the street chaos of Paris in 1968, the paper was for a time cool, influential and popular. But as France changed around it, the paper atrophied and its recent financial history has been wretched. But what happened. A small group of experienced Liberation journalists, starting in someone’s kitchen, scraped together loans and started an online news site Rue89, which is financially fragile but getting scoops and is already hated by the government. It mixes old and new: about two thirds of the output is by trained journalists, the remainder user-generated. Green shoots don’t always survive, but they always appear.

There was a gripping discussion in one of the groups about frameworks for the media in democracies. There is a liberal model. There is also an authoritarian one, alive and well. Is there, this group wondered out loud, anything in between? The discussion, dismissing “communitarian” models and the like, concluded with a resounding “no”. The liberal framework may have all sorts of drawbacks – independence from the state doesn’t stop arguments over threats to independence from other sources – but it’s the least bad we have.

Here we are at the heart of the issue, because the temptation to get closer to the state is bound to increase as the economic temperature falls. We’ve heard suggestions that Britain’s endangered local newspapers should receive state aid. President Sarkozy of France has launched public debates on the economics of the French press at which the publishers have been asking for larger subsidies than those they have already received – in some cases up to 20% of turnover. Worst of all, we heard that account of how, at a prominent global aid agency, whenever a democratisation project came up for approval, the Russians, Chinese and Saudis all lined up to strip the press freedom elements out of the scheme.

This is not the way to go. The relationship between the state and government and the news media is arms length and fretful, at best.

That said, advocates of classical independence have to acknowledge that regulation also requires ceaseless vigilance. Self-regulation of the press in Britain has failed to convince anything like a strong majority that it works. Meanwhile newspapers can hardly bring themselves to stump up financial support for that system. But in speaking of regulation I didn’t so much have in mind our overheated European slanging matches.

There was a long, gripping discussion in one group of the dilemmas thrown up by the small radio stations in Kenya in the recent communal violence there. The stations were mostly created by economic liberalisation preached by aid donors and they promised to bring news to scattered communities speaking minority languages. But some of the broadcasts inflamed the violence and probably got people killed. How does a regulatory system preserve the cultural variety while stopping hate speech?

A few quick specifics worth lifting out of the discussions.

At the start, we were told that society’s progress was not guaranteed to be an upward curve. If there’s one thought I want to leave you with it’s that if we re-involve the state in the publishing of news, we will quite certainly not be on any upward curve. Quite the reverse.

Haiti: when the nets leave the Net takes over 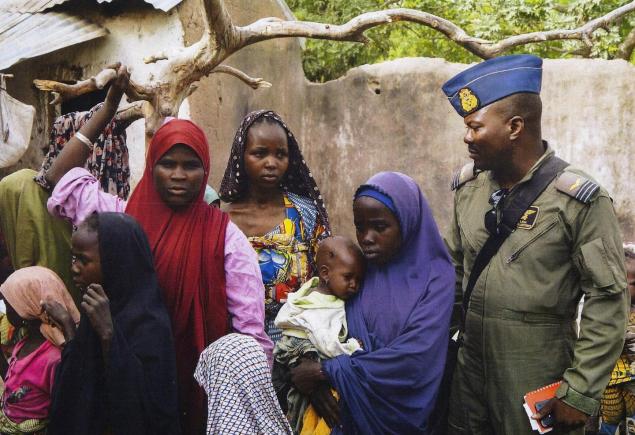