Sky News now finds itself in the unlikely role of saviour of the beleagured Mark Thompson. The reason cited by Sky’s John Ryley not to broadcast the DEC appeal for Gaza is pretty much the same as that offered by the BBC Director General:

The absolute impartiality of our output is fundamental to Sky News and its journalism… That is why, after very careful consideration, we have concluded that broadcasting an appeal for Gaza at this time is incompatible with our role in providing balanced and objective reporting of this continuing situation to our audiences in the UK and around the world.”

I am very sympathetic to this stance. The Middle East is a minefield for media organisations. The story is continuing and the Appeal is part of the political row over  alleged war crimes. The Red Cross may be constitutionally independent, as are the other NGOs, but they are certainly players in this ghastly situation.

The BBC also has precendence on its side. Back in August 2006 it turned down a DEC appeal for Lebanon for the same reason – impartiality. It was specifically concerned that the ceasefire between Israel and Hezbollah might break down. In an excellent article Glenda Cooper points out that on that occasion, the BBC had full support from the other broadcasters. But as Cooper points out, the political impartiality test is by no means a simple measure:

“The BBC has talked about the need for political impartiality and sensitivity; the issue as its critics have pointed out is that many DEC appeal do end up dealing with areas where there are political dimensions; the Darfur appeal, or the Burma appeal. Perhaps the message is that some places are more impartial and sensitive than others.”

The BBC is now suffering from self-inflicted collatoral damage. One very senior BBC News person described the BBC Gaza Appeal decision to me as ‘a mess’. Phil Harding, a former Today Programme editor and head of editorial policy at the BBC and author of a Polis report on international news coverage has called it a mistake. Once again the BBC manages to appear simultaneously confused, cowardly and wrong.

I wonder how this decision was made. Did the DEC not remember the Lebanon precedent?Did BBC News warn that their impartiality was going to be questioned? Were they consulted?  If the Appeal would bring criticism, was it really thought that it would be so strong and so credible that it should sway BBC policy? Would it not have appeared more confident and consistent to allow the appeal, take some flak and move on? In practice has this not made the BBC look much worse?

At the heart of this was the BBC’s desire to preserve its impartiality. As Peter Preston has pointed out, this justification makes some legalistic sense in this case:

“It’s a simple question of where you start and which way you choose to go. Start with starving kids in Gaza and basic humanity points the way. But start with impartiality as a hallmark, a legal requirement, a source of pride, and everything that impinges upon it becomes a threat.”

The BBC’s impartiality is subject to wider tests by bodies such as the BBC Trust and indirectly from Ofcom, Parliamentary committees and Government. It was right to consider those greater responsibilities. Mark Thompson and Chief Operating Officer Caroline Thomson were doing their jobs by making the bigger political calculations. Their decision was very brave. Unfortunately, I think they got the call wrong.

I think that the public could have recognised the difference between a humanitarian appeal and support for Hamas. I am sure that BBC journalists (and indeed, Sky journalists) are trusted to report without fear or favour. The DEC appeals are quite clearly not messages from the broadcasters.

Instead, we now have BBC journalists (and rival hacks, of course) clearly delighting in finding ways to highlight the inconsistencies and lack of confidence that is supposed to have been shown by senior BBC management. Journalists that would now be reporting the political and humanitarian legacy of the Gaza conflict now find the airtime occupied by a bizarre media story over a cancelled aid appeal.

Blogues: do they mean us? 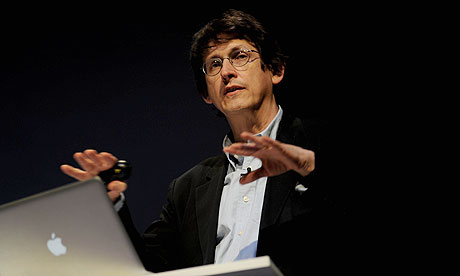 US politics – a deadly game