What have we learnt about making journalism more connected in the last five years and where is it going next?

When I published my first book SuperMedia in 2008 the idea of networked journalism was an aspiration and a prediction. I was dismissed by many people as a cyber optimist. Yet when we wrote a follow up report on Networked Journalism in 2010 it had already become widespread, mainstream reality. Newsrooms routinely gather images and information from citizen journalism. Interactivity is built into just about every aspect of journalism.

Everyday journalists use multiple tools and platforms and are busily creating their own. When the Guardian announced it was Digital First last year it felt like a Vatican announcement confirming the Pope’s Catholicism.

Increasingly, journalism is created by individuals, groups, organisations and governments as well as by newsrooms. Whether you fund it with foundations, paywalls, adverts, student fees, taxes or a lottery ticket, journalism has to be networked now to make a business case.

If I have changed my mind on anything over the last five years it is probably this. I probably over-estimated the way that a kind of natural process or market force would create new institutions to support good journalism in the networked era – the kind of civic, ethical, quality, independent journalism that I hold dear.  I don’t mean we have to preserve current organisations like newspaper groups.  I think they have a lot of value left but if they are to survive then they really have to be much more radically overhauled in terms of management, staff and enterprise.

I hope to see a blossoming of new structures – including a much more vibrant freelance or indie culture – but the danger is that the major media organisations will cream off the popular market and won’t invest in the rest – as they used to do – leaving niches such as the Economist, or public bodies such as the BBC to dominate in glorious isolation.

Yes, we are moving from fortress to networks, but journalism needs spaces, brands, perhaps institutions – that allow it to flourish – that protect and invest in good journalists.

Perhaps it is in political journalism that change has been most profound and important. In my new book on WikiLeaks: News In The Networked Era, I look at how in political communications we are seeing a revolution in access to transparency tools for the citizen. But if we are to create really effective accountability journalism then we can’t rely on entirely on the public in isolation. Nor can we rely on brilliant but possibly unsustainable network exploits like Julian Assange and WikiLeaks.

WikiLeaks – like the Arab Spring – like the English riots – demonstrates that we are in an Age of Uncertainty – not just for journalism but for the environment we operate in – politics – economics – personal lives – it’s all much more unstable, less predictable and more fluid in terms of the facts of life and the ideas that we use to make sense of it. So what a good time this is then to be a journalist – what a good time for a journalism that can at least start to help people make sense of this rich but challenging information world.

It is also the Age of complexity. New media technologies are not conquering previous platforms they are adding to them. Convergence is a joke. Our lives are multi-gadget, multi-channel, multi-directional. Our experience as citizens of reality and the information that we need to make sense of it is more complicated, multi-layered and plural in its flows. Most people spend most of the time feeling mostly confused. That can breed scepticism and alienation when networked communications should be building connectivity and engagement.

Again, what a good time it is then to be a journalist if you can help people to filter, connect, and understand.

The demand is out there if we can add value. Ask yourself, does your journalism add authenticity, immediacy, verification, context, personalisation, human interest, even entertainment? If it does, it will succeed.

All the shiny data visualisations in the world won’t work unless they get attention and provide useful, accessible added value.

But the future is not going to be easier – quite the opposite. We have to learn a whole new set of skills, a whole new relationship with the the public – above all we need to create value and then find the payment processes to make that sustainable.

There is also a policy struggle ahead. We have to fight a battle with corporate interests and governments for the open net – for editorial diversity – for free expression – for digital literacy.

So go forth, connect, innovate and meet this historical challenge. You are going to get some great ideas from this conference for how to do things. As journalists we should care just as much about our craft in this digital age as before. But along with the ‘how’ you need to ask ‘why’. 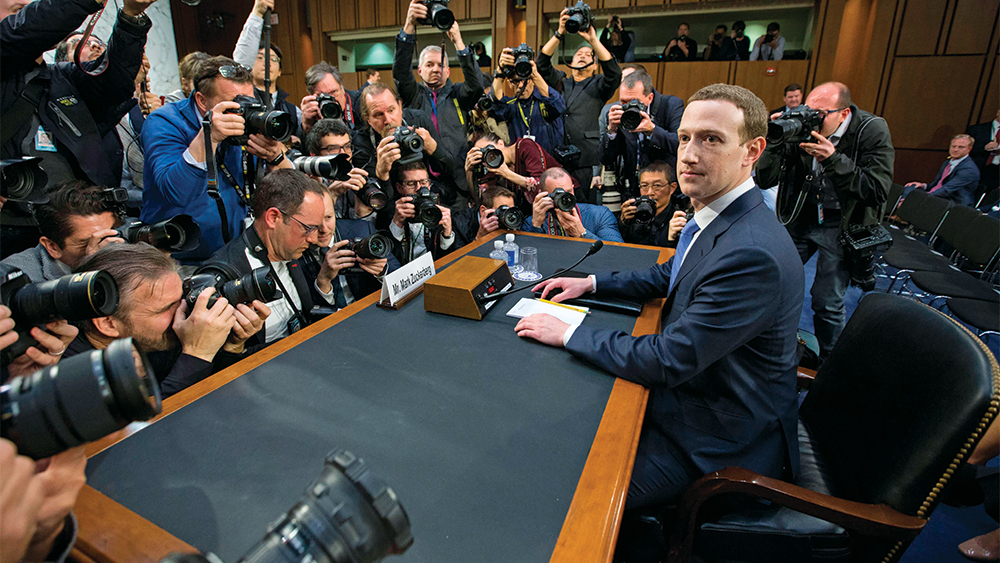 The New Media Ethics: Are the tech tycoons any different from the old press barons?

News at Ten: Back to the Future