“To make the good popular, and make the popular good.” Huw Wheldon’s definition for the BBC remains an inspiration for George Entwistle, current Director of BBC Vision, 36 years after Wheldon retired as director from the public broadcaster. It is with this in mind Entwistle is navigating the BBC through cost-cutting times. This report on Entwhistle’s talk at Polis/LSE by Polis Intern Wanda O’Brien.

The BBC needs to find 20 per cent in savings under the Delivering Quality First programme. Entwistle spoke at LSE about trimming the fat and figuring out how to continue meeting the demands and expectations of its audiences.

Although clear that he wasn’t complaining about the cuts, freezing the licence fee to £145.50  until 2017 means carefully considering where the money is going. “Despite what you read in the papers, there really isn’t a lot of waste left in the system,” Entwistle said, adding, “Some anomalies endure, however.”

Entwistle cited the amount the BBC pays annually to Sky to broadcast on its network. He said this was from when the government wanted established broadcasters to support new star-ups, but now that Sky is successful, he questions the use of BBC money in this way. Regardless, the BBC will have to find where to cut back.

Thus, when thinking about cuts, Entwistle said the BBC must consider what lies at its core – what is the BBC for?

“Ask the question inside a BBC building, and you’ll almost always be told cuts should be sought elsewhere,” Entwistle said, as different departments are passionate about their contributions to the BBC machine. But Entwistle sees the core function of the BBC in serving the public who are obligated to pay for the BBC’s existence. “Everyone pays the television licence fee. In my opinion, there can simply be no question over whether everyone should get something for it.”

The challenge then lies in doing that without having an overly split focus. “The BBC needs a guiding principle for bringing public purposes to bear on every aspect of our work,” said Entwistle. At the same time, it’s charged with challenging what is consumed and providing programming that is not being addressed on other British networks.

This brings us back to Wheldon’s definition.

Entwistle used drama to illustrate how the BCC “makes the good popular and the popular good.” He said British television on a whole delivers high quality content, but the range would not be as wide as it is if weren’t for the BBC. This year, nine million viewers are tuning in to the popular BBC soap and drama EastEnders each episode.

“Of course, ITV make bloody good soap operas too. And the competition between theirs and ours for originality and innovation benefits both,” said Entwistle, “but would Coronation Street be as good if EastEnders weren’t there? Or vice-versa?”

Entwistle argued the BBC acts as a stabilizing function of the market. And that the role of BBC in drama can be applied across entertainment, comedy, and factual programming.

At the very heart of the BBC is news and current affairs, suggests Entwistle, whose career at the BBC is based in factual programming (interesting to note he became Editor of Newsnight in 2001 on the day before 9/11). The BBC is not stripping away to its bare bones, but if it were, Entwistle said, “I endlessly think news and current affairs is at the bottom of the pan of the BBC.”

The BBC will continue to navigate how to cut costs and keep quality over the coming years. But, Entwistle made clear it will do so on the premise of a mutually advancing relationship between “good” and “popular,” based on what BBC audiences want.

Get details of the other Polis Media Agenda Talks here 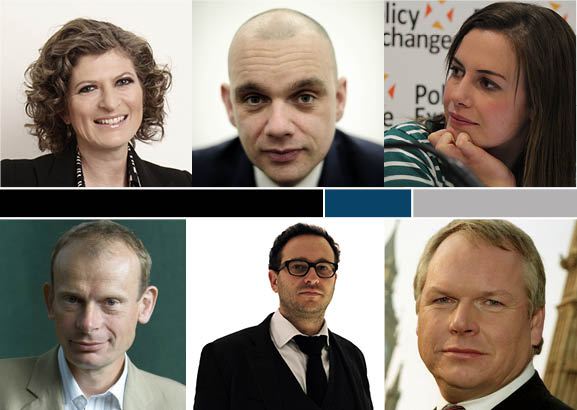