Days of Destruction, Days of Revolt is a collaboration between journalists Chris Hedges and Joe Sacco that reports on the United States’ “sacrifice zones,” regions of the country experiencing tremendous poverty that the authors argue is the result of corporate capture of political power and unimpeded profiteering through laissez-faire capitalism. LSE student Christian Ledwell reviews the book and discusses the issues it raises about the political motivation of writing.

‘Days of Destruction’ sets out to show that “poverty is a business”, that is, that profit is made from deliberate decisions to reinforce people’s political and economic marginalization. Each of the book’s five chapters takes a different US community as its focus, looking at the complex but convincingly connected relationships between socio-economic factors and individual hardships such as the relationship between the coal-mining industry and prevalent Oxycontin addiction in one West Virginian town.

Hedges writes that their goal is to undermine the ideology of “corporatism,” which he defines as “the belief that we have a divine right to resources, land, and power, and a right to displace and kill others to obtain personal and national wealth.“ Beginning by placing the poverty experienced on a Native American reservation in South Dakota in the context of colonial conquest of resource-rich land, Days of Destruction argues that today’s ideological ancestors of this colonial mindset have created a situation in which corporate gain is allowed to flourish at the expense of many Americans’ ability to live well.

Both of Days of Destruction, Days of Revolt’s authors have received national recognition as for their journalism. This is Hedges’ sixth book; he was previously part of a New York Times team awarded a Pulitzer Prize for reporting on terrorism, but left the paper after being publicly reprimanded for his opposition to the Iraq War.  Sacco’s background is also as a conflict reporter—he has sometimes been called a ‘cartoon journalist’ for rendering his reporting in (painstakingly drawn) comics—and he won the American Book Award for his graphic novel Palestine.

In Days of Destruction, Days of Revolt, Sacco’s illustrated sections detail biographies, portraits, and settings between Hedges’ prose sections. Sacco’s reporting in comics has a number strengths: in addition to being well-suited to portraying life-stories in a few pages, I would argue that he manages to avoid the voyeurism that photojournalism about poverty can often entail, and comics are a useful medium for letting interviewees tell their own stories.

But while Sacco’s formal innovativeness has received praise, reviews of the book as a whole have been mixed, with Hedges’ politically-charged prose taking the brunt of the criticism. Far from being a partisan hack, Hedges has little faith that reform will take place through politicians working on citizens’ behalf of their own accord, writing that “on the issues that matter, there is no disagreement among the Republicans and the Democrats.” Days of Destruction, Days of Revolt’s response to the problems of corporatism is to call for broader participation in protest movements like Occupy Wall Street, which is the focus of the book’s final chapter (Hedges was arrested for his participation in the protests).

In the Columbia Journalism Review, Justin Peters calls the book “a messy albeit well-intentioned hybrid of reportage, oral history, and polemic” that “falls short as documentary, with solid reporting undermined by clunky agitprop that ultimately detracts from [its] message.”  Despite Peters’ partial agreement with Hedges’ politics—identifying himself as “a prolabor zealot who agrees that corporate excess has crippled the working class”—he criticises the book’s reporting for attempting to draw out pity in readers, overlooking the agency of those profiled.

I feel that this is a misreading on Peters’ part, as those in marginalized positions are consistently portrayed as being engaged in resistance. I find Peters’ normative ideal of journalistic objectivity about US poverty (“a good reporter need only describe it and let the facts speak for themselves”) is at odds with the Hedges and Sacco’s goal to spur readers to join protest movements in order to change policies and systems they see as destructive.

In the New York Times, Philipp Meyer’s review similarly criticises the book’s reporting for a lack of objectivity: “We’re given little room to form our own opinions.” Meyer prefers Sacco’s contributions, and elaborates: “A lot of what you appreciate about Hedges’ writing will depend on how closely you identify with his politics. From my point of view — and perhaps I could be accused of not being political enough — this is unfortunate. This is an important book. But it is at its best when simply presenting the facts.” This critique, like Peters’, overlooks the authors’ attempt to not just change minds, but to encourage protest; they are explicitly making the accusation that many Americans are not political enough. Meyer writes, “I couldn’t help wondering about conservative friends of mine, their children and other folks who might have read this book if the tone had been less strident.” However, I feel that their main aim isn’t necessarily to convert conservatives, but rather to encourage liberals who already profess to hold reformist or humanist political values to take to the streets in protest to pressure policy-makers to reflect these values in policy.

Like critiquing an abstract painting for not being realistic enough, I feel that critiquing Days of Destruction, Days of Revolt for a lack of objectivity fails to adequately engage with the intentions motivating a book whose authors fully intend to take a political stance against the poverty they observe and document.  Though it is valid for reviewers to express their opinions that the book shows poor journalistic form, I feel it is more important to look at the book’s argument that bad policies skewed in corporate elites’ favor are causing poverty and irreversible environmental destruction, and that those who object to such policies should actively protest against them. It’s a point whose relevance extends well beyond the borders of the United States.

Christian Ledwell is a Canadian masters student in the Media, Communication and Development program at LSE.

Today we are all Osama: Jihadists’ reaction to Bin Laden’s death (guest blog)

The Specialist Amateur: A New Threat to the Professional Journalist (guest-blog) 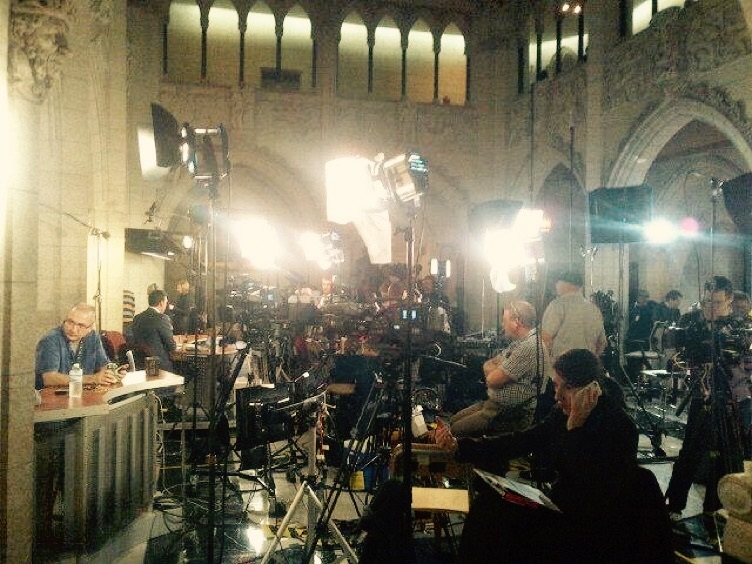