Just about everyone I talk to in the business is at the point where they ‘get it’. They know that digital technologies are changing their production methods and the way their material is consumed and paid for. They don’t want to be hectored about Web 3.0 by either digital dreamers or prophets of doom. So here’s my attempt to identify what comes second, third and fourth when we’re all ‘digital first’.

[This is an extract from a longer article published in InPublishing Magazine. Read the full article here and access a podcast of the article here.]

Newspaper and magazine publishing has an unusual problem in finding a new business model. The biggest saving would be to turn off the presses, but it’s still the dead tree platform that brings in the biggest bucks. It’s as if the barge industry in the early 19th century had to keep ploughing up and down canals while trying to set up a railway company. So, with some rare exceptions, most try to keep printing papers alongside the web and social media.

But these are different platforms with different problems and possibilities. We know that the problem with hard copy newspapers is that fewer people have the time or inclination to read them and they cost a lot more to make. However, digital platforms simply don’t attract the same attention in time and their users are much more advert-resistant.

The other end of the problem in this multi-platform world is that the people who had the skills might not have what it takes anymore. At the very least, newsrooms need to find staff with the technical skills as well as the fresh attitudes that will take advantage of the new opportunities with digital production and dissemination.

The biggest problem though might not be the readers or the writers but the managers – or at least the management strategy. Recent research on the most progressive newsrooms says that the successful ones are those that combine commercial, technological and editorial management most closely. This is not just a case of slavishly following the money by following the clicks. Instead it is more a case of linking editorial tactics to a clear plan for revenue growth. One practical example is thinking about what time of day people read your online material. One newspaper found that its peak usage was 8am (readers getting up?), then 10am (readers getting into work?) and then 5pm (when US readers logged on). Yet the peak time for their journalists to complete their content creation was still at about 7pm, the traditional deadline time for newspaper copy.

Don’t assume that those audience habits will remain the same. Their lives are changing, too. It is not just that they have new gadgets. It is that the technology is evolving to meet new demands. So take women. They are better educated, richer, with less time than ever before. They are also increasingly making the key decisions about media in households, from who controls the TV remote control to which tablets or phones get bought.

The audience is also getting more diverse. Immigration and globalisation means the UK public wants to know what is going on in Islamabad as well as Islington and they have the networks to access that information. Different generations have varying needs. Don’t assume that the ‘digital natives’ know more than ‘silver surfers’. Older people may have more time and money as well as the intelligence to use online sites for longer. If you do not understand the many behaviours of your audience(s) they will move on to someone who does.

All people seem to love the new way that online gives them control and interactivity. Everyone now assumes that everything can be had on demand and on any platform. They are as likely to access your material through a social network peer recommendation as they are through carefully leafing through your tablet edition. A ‘like’ on Facebook or a re-tweet or a Google search are all different pathways to your goods, but people will go straight to the counter without looking in the shop window. So attend to your networks, not just your website front page.

This is a short version of a longer piece, read the rest of the article here 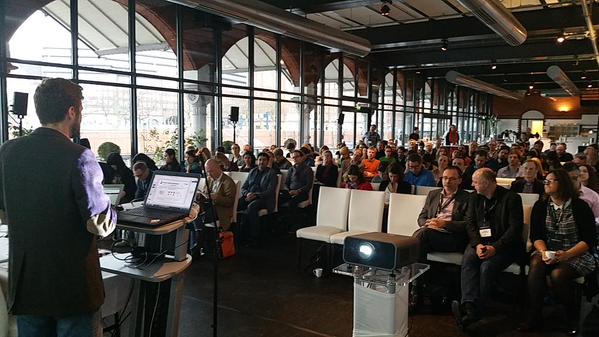 But how do you know that it’s true? Notes from #nishbr verification workshop