How do you campaign for a cause in an age when there is so much competition for people’s attention and when the challenge is to get people to do more than click their support?

It’s vital that anyone doing advocacy – especially online – understands the wider media context and the specific conditions of digital networks. This article was written as a presentation to Danish development communications professionals but it is relevant to anyone seeking change through media. It makes suggestions but any practical application of the ideas depends on the purpose of the organization and the nature of the campaign.

First of all I am going to assert four things about the media context:

1.  Because of digital and social, media is now environmental – like air and water – and everyone is now a media producer and all organisations are now media organisations.

2. This enables advocacy organisations to connect with supporters in ways that can potentially broaden and deepen those relationships and make them more effective.

3. But this new environment demands a new ethical approach to communications – for campaign messages to work they must be transparent, interactive and open.

4. This phase of media change is developing rapidly and will continue to evolve but it is already mature – the gains are limited and your real task is to get your strategy right, not to adopt lots of new gimmicks.

In this analogue era by ‘media’ we generally meant mainstream media such as newspapers and broadcast news and current affairs, advertising and organisational messaging such as mail shots. Campaigners relied on the mediation, usually of journalists, to reach the public.

Now we are in a new context where all media are now digital and social in some way. They are networked. Journalism has been ‘disintermediated’ and the same thing will happen to other spheres of activity such as the aid sector. It is already happening to development communications.

You can shape, curate and frame the conversation but you do not own it and you can’t control it. People have much more choice and there is much more competition for attention. It’s not just NGOs and the news media who communicate around development, it’s universities, partner organisations, companies, think-tanks, and politicians. They can do it all direct to the public and the public can have that conversation amongst themselves.

So, how do you fit into that networked world?

This networked environment gives you opportunities to attract attention and translate that into engagement and then to action on a scale and speed and reach that you could previously only dream of.

Here’s a visualisation by SocialFlow of the Kony2012’s unprecedented success at connecting to people via the Internet.

Invisible Children’s Kony2012 campaign was successful at converting a small supporter/activist base into a viral online campaign. It did it by a clever combination of attention-seeking and traffic spreading devices and skilful use of celebrity endorsement as an accelerator.

But the lesson of Kony2012 [which I have written about at greater length here] was that traffic means nothing without a strategy to convert attention into a coherent policy for activism.

In fact, the imperative to attract attention distracted from eventual impact. The message was negative, it gave a partial and negative impression of Africa, it gave a  wrong idea of potential solutions, it gave false hope to those who did engage, and it failed to convert their attention into education or sustainable agency. This is partly because they were not prepared for their own success at a practical level, but I think it was a failure both to understand the real world problem around Joseph Kony and the distinctive value of digital/social campaigning.

Kony2012 was a very old fashioned top down campaign bolted onto new media mechanics. It did not understand the Ethical economy of Online. The way you message is the message. We are all in a glass box and people can see what we do and what we say and they can talk amongst themselves about what they think of us. The media means do not justify the ends. The message is the meaning, not just the medium.

I think this was also the relative failure of the IF campaign in the UK. Some of the participants declared that it achieved its objectives. It was there to protect the UK government’s commitment to 0.7%. It also secured a $2.7 billion pledge to fight against world hunger (I wonder how much of that will ever be handed over?) and an agenda drawn up to deal with tax avoidance (although much of the success there was laid by other NGOs and campaigns and a change in the wider political climate regarding tax avoidance post-Crash).

In communications terms it used all the devices of current advocacy marketing from rallies to hashtags to celebrities to stunts. It was like a text book of contemporary professional advocacy campaigning.

But considering the scale and power of the coalition involved it did not work well as a piece of contemporary advocacy communications.

If you read the campaign’s own very extensive assessment report it is clear that success was at best limited around communications.

•Did not achieve mobilisation targets

•Did not break out of already-engaged public

•Did not create any genuinely viral, grass-roots traffic

•Did not create any significant media attention beyond photo-calls

• Did not change public understanding of structural causes

The IF campaign took the decision to exclude non-UK voices and was controlled by the major NGOs who fore-grounded their own roles. It was not a change campaign it was a commercial campaign for the agencies involved as a way of defending a government policy. No that’s fine if that’s what it wanted to achieve. I don’t cite it as an example of failure in the way that I do Kony2012. My point is that this top down, professionalized, pre-meditated tactical approach that disguises a pre-arranged political deal as a campaign goes against the open, sharing, peer-reviewed, trust relationships that makes social media work. It was an ‘astro-turf’ grass roots campaign.

That approach will do little to assuage the public scepticism about advocacy marketing. Polis/LSE research shows that their is public distrust at glossy NGO campaigns like this which are more about securing their own positions than challenging power  for change.

The Internet and Web 2.0 are no longer ‘new’ media. We are already in the mature phase. For campaigners the early easy wins have gone. There is now an overabundance of campaigning organizations. The problem is not weak ties, the problem is too much noise.

Recognition is needed of the limits of media effects. You can organise, inspire and catalyse but in the end it is about a political task of converting passivity into activity through emotional and intellectual argument, that is prepared to challenge consensus, orthodoxy and power.

So what can you do?

Firstly, data is not a solution, but data is your friend.

You don’t need to theorise who your supporters are and how they react to communications any more. You can measure it, live. They will tell you if you listen. Indeed, they will do the communication for you.

So the lessons are that you should be targeted: segment, specify objectives, align message with content/brand. Look again at your organization structure. You should almost certainly invest more in people and software that leverages that data.

But is that enough?

This is exactly what the commercial sector is doing – they are investing in the ethical economy of online, too.

In this example Nike tuned into social media to find out when their customers were running. Interestingly, it was not at weekends.  The peak was actually Tuesday evenings. And people were talking about it.

That enabled Nike to foster runner communities in social media, for example, by promoting a hashtag, so that customers could have even more conversations. It ends up with the runners actually helping to promote the brand.

Nike are obeying the laws of the online social economy. Be transparent, led by the public, support communities, be interactive and engaged.

So from the citizen’s point of view – what is the difference between this commercial marketing and your ‘ethical’ advocacy campaign?

Watch this stirring validation of the power of the individual to express themselves in the world.

Strange, isn’t it that in our current communications climate, a jeans advert is more political in its imagery than most NGO campaigns?

•Invest in continual holistic communications & analytics as well as design

•Identify, segment, specify – but then listen and learn

[These are based on a talk I gave to the Danish state aid agency Danida’s conference with development communications practitioners – ‘Dialogue Days’. You can get a flavour of the conversation by searching the twitter hashtag #dialogdogn #dkaid ]

Journalism Education In A Networked World (Polis in Shanghai)

Scouts, Kittens And Integrity: notes towards an ethical & effective strategy for communicating change

WikiLeaks: News In The Networked Era – the book and the lecture Video and Audio Podcasts 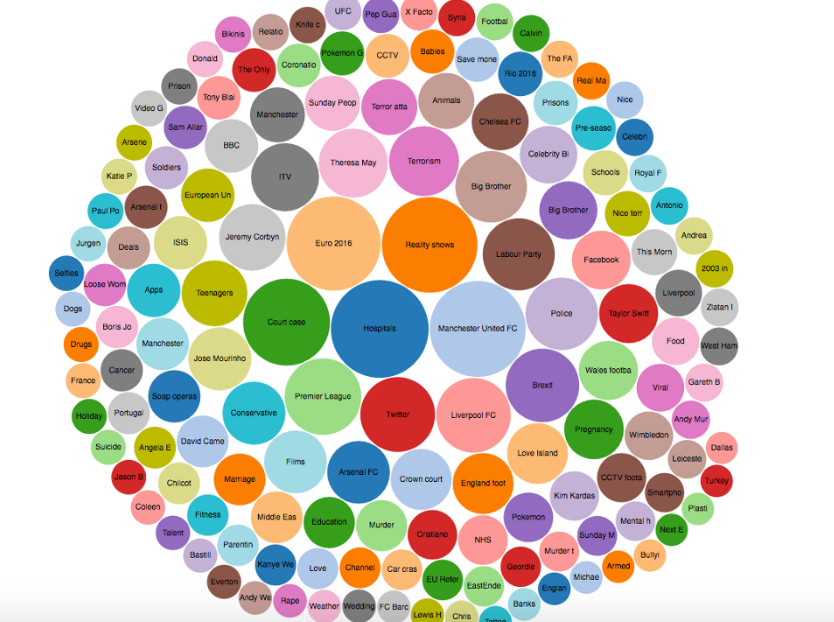