Voting Advice Applications are digital devices that try to help citizens think about how they might decide to vote in an election. They might be websites, apps or any other online format that you could access via a desktop, laptop, tablet or mobile connected device. They are a niche digital product but they also represent a bigger question for journalism in the Internet age: how can media organisations use the new technology to help the citizen cope with information overload to make better choices for themselves and for society? VAAs are difficult to get right. There are the technical aspects but there are also editorial problems about balance, accuracy and fairness. Even if they work, will they make a difference? This series of articles will not answer all those questions. But as more people try to use VAAs we hope that this research will give some pointers towards best practice and innovation and help facilitate a debate about their use. The research was carried out by Kamila Varadzinová from Czech Radio as part of a Polis/EBU (European Broadcasting Union) Fellowship. Find out more about the fellowship here.

The proliferation of Voting Advice Applications is a phenomenon that has come about in response to the digital environment and as a way to encourage citizen participation in the political process. Given their increasing prominence, questions have been raised regarding their potential influence on voters. In this series of blog posts I will investigate key questions regarding their purpose, impact and design as part of my research to determine how to best design the Czech Radio VAA to be introduced in the fall in time for the 2014 Czech elections.

Voting Advice Applications tend to be questionnaires that ask a series of questions or present statements on issues that users then have to decide if they agree or disagree with. The result is the user is matched up to a particular political party, or group of parties whose ideas they are mostly ‘aligned with‘.

In this post I will investigate the following questions. Do VAAs influence the opinions of potential voters? Are users satisfied with them? What other effects may they have? These questions have been studied by academics in reference to VAAs across Europe and several conclusions have been made.

What are VAAs and who uses them?

VAAs are online tools that help voters to find easily and quickly which candidate or party provides the ‘best match,’ on the basis of the degree of agreement with a series of issue statements.

As a result they show comparison of voters‘ preferences on major issues with the political parties’ positions on the same issues.

Do users change their votes after using VAAs?

The most pressing question has always been whether VAAs have any influence on people’s political decisions or attitudes and if so, to what extent?

The majority of studies so far have used survey data among VAA users to report the influence of the tool on voting behaviour (Pianzola 2014). Depending on the country, one-third to two-thirds of surveyed users report that the tool had influenced their vote choice (Marschall, 2005; Mykkänen and Moring, 2006). A smaller but still substantial amount of voters even changed their party choice after consulting the tool (Marschall, 2005; Mykkänen and Moring, 2006; Walgrave et al., 2008).

However, data gathered through observational studies faces challenges. Firstly, respondents self-select themselves into becoming VAA users out of the total population of voters (self-selection into treatment). They then self-select themselves into becoming a participant in the survey (self-selection into the sample). Vassil (2012) argues that the chances are that those enthusiastic about the opportunities offered by such tools and with a general openness towards new information are first of all prone to use the tool and might also have a higher tendency to answer the survey.

Pianzola (2014), in particular, argues that the results may be distorted and doubts the impact of VAAs on voter decision-making. The distortion of research findings emerges from the fact that research is done mostly on users who sign in actively as participants, and who are probably more enthusiastic about the opportunities offered by such tools and their answers are therefore much more positive (Pianzola 2014). To correct this distortion Pianzola (2014) used corrective methods in the study and handled selection bias in the research of using the VAA smartvote in 2007 Swiss federal elections. The results indicate that smartvote use does indeed have an effect on users vote choice. Since the Swiss VAA smartvote has always indicated a rather strong impact on voters compared to other countries, we can be quite confident that effects on vote choice do in fact exist in Switzerland. However, since the effects found in other countries tend to be rather small and are embedded in different electoral contexts, the question will be whether they can also be maintained after controlling for the inherent selection bias.

The impact that VAAs can have also varies across the type of VAA and the country where it is used. The 2005 Wahl-O-Mat users survey showed that during the 2005 German federal elections 6% of users said that they will change their vote choice as a result of VAA use. In the 2006 Dutch elections, this effect was estimated to be approximately ten per cent. This could be accounted for by users who are unsure of their preferences, or perhaps are first-time voters (Pianzola 2014).

Most users feel satisfied after using a VAA and feel that they are an easy and entertaining way to obtain more information and knowledge about parties’ positions. For example, the 2010 Vote Match user survey found that 75.3% of users were more aware of the policy differences between the parties after using the quiz (Vote Match 2010).

Sources of user dissatisfaction include the case of cognitive dissonance when users receive information or recommendations that run contrary to their previously held beliefs, such as alignment with a party they feel they would never vote for. Users also may be dissatisfied if they feel that the applications are too simple or that statements are poorly chosen, whereby their opinion on an issue is more nuanced than the question allows. For example, a user could agree to fees for health care but only with a condition that they do not apply to children and seniors (iHNed.cz. 2013).

There also may be disagreement with whole idea behind VAAs (for example, that they provide recommendations based on the pre-electoral positions of parties on different issues that are only promises while the reality after the election may be completely different (iHNed.cz. 2013).

However, it is evident that advice VAAs provide serves to motivate users into looking for further information about party policies (57% of users sought out more information about politics after taking the 2010 Vote Match).Further results show an influence on participation in the election: 1 in 20 people surveyed (4.5%) said that they voted as a direct consequence of using the quiz (Vote Match 2010).

Other effects VAAs may have

Some of the tools also look to involve users in other ways than simply recommending political parties. For example, the VAA Euandi tries to involve a social aspect where users may share their result advice through social networks to create discussions between people with similar political preferences.

The use of VAAs by potential voters may have a variety of effects on voter behaviour: whether people chose to vote, who they vote for and they also may encourage citizens to participate in political discussions. How VAAs are designed thus is incredibly important. This will be the next topic I will discuss.

Rethinking journalism at a time of crisis: November 29th 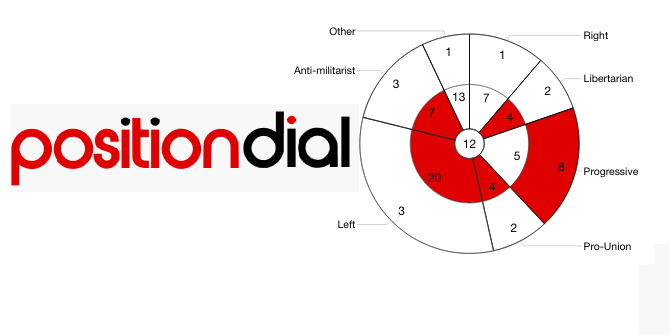 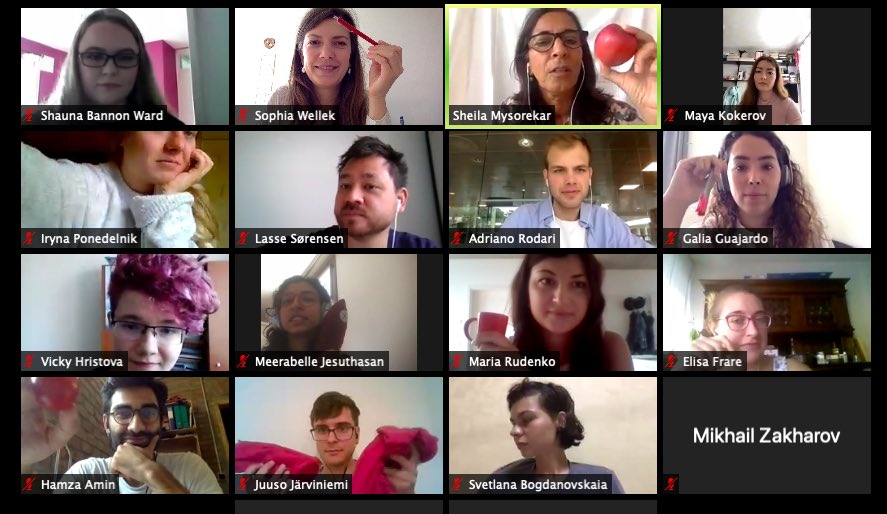