The Tatler Guide to Good Journalism

Tatler’s features editor Sophia Money-Coutts joined Polis in this week’s Media Agenda Talk. The former LSE student, despite being admittedly terrified of public speaking, gave an entertaining and insightful speech into the various different worlds of journalism. It would be easy to focus on the glamorous lives of the aristocracy that colour the pages and embody the audience of Tatler magazine itself, but we’ll leave that to the BBC… What was most intriguing about Sophia’s talk was that it did not focus on the clichéd narratives of England’s elite. Instead she spoke of the valuable journalistic values and lessons she has obtained along the King’s Road, presenting us with a unique Tatler ‘Top Tips Guide’ to being a good journalist in today’s media landscape as Polis intern and MSc student Emma Archbold reports.

2. “Never say no to an editor”
Even if that means carrying out questionable or even degrading assignments. Sophia’s refreshing advice is “just say yes.” In the world of Tatler, things are never taken as seriously as one may think.  A “never say no to the editor” response can be taken as a tongue and cheek response to the market-centric gaze many editors and journalists are now viewed under. In a practical sense, this advice may seem obvious to anyone trying to become a journalist, or indeed those who wish to remain working as one. When you find yourself in the role of a journalist, as Sophia remarked, “you have to be prepared to do anything.”

While it might not be as extreme as a 4 day juice diet, applying a “Just say Yes” attitude when it comes to journalism and writing itself, I would argue, could be potentially very rewarding. Certainly when we focus on Tatler itself, the magazine is not short on criticism and yet it houses the creative environment conducive to incredible features writing, witty satires, as well the freedom to address more serious issues. Often our expectations of journalists or even of ourselves can inhibit us from trying things that may turn out to be incredible experiences

3. “Don’t be too idealistic”
Flowing from a “Just Say Yes” attitude, those wishing to become the writers of our time need to have a thick skin. Now more than ever, journalists are facing as much criticism from each other as they are from the public. Reputation may be important to sell copies but, as Sophia’s talk suggested, the front cover does not give you the whole story. She spoke of her experience at the Daily Mail as comments editor, not only to highlight the not-so-glamorous characteristics of the newsroom but also its incredible professionalism, one that may contradict the unspoken standards of “values journalism” that many of us adopt. Similarly when critiquing Tatler’s own writings and reporting, Sophia emphasised the importance of having fun. If you are too idealistic or too pessimistic, you will lose your reader. For Tatler, such journalistic ‘grounding’ is found through humour. So while it chronicles the life of the well-off it does so with a satirical edge that makes the magazine accessible to anyone.

4. “Pitch ideas and headlines”
With only a limited amount of time to keep your editor happy, Tatler would advise you only pitch stories through ideas and headlines. Of course this rings true in the world of journalism today when the on-going debate about the changes in the audience is peppered with various statistics of how long we pay attention for, which seems to be ever decreasing. The ability or freedom to tell a story in such a way is somewhat easier in the world of magazines, which Sophia described as “idea factories.” However, this advice can be applied outside of the realm of magazines. The ability to capture what you want to say in one idea or in one headline is incredibly important.  It clarifies what you will go on to say but more importantly it can win the interest of your reader.

5. “Leave your nest tidy”
A Tatler Guide to Good Journalism would not be complete without a dash of etiquette. While Sophia’s example of a thank you letter upon leaving an organisation is a nice thought, it is probably less frequent than she would like to think. There is a lot to be said about how your own character can be the greatest asset when working as a journalist, especially considering the contact you have with both those you write for and those you are writing to. “Be liked and be likeable”, not necessarily an easy task but certainly a worthwhile aspiration. Such advice can be misconstrued given the world Sophia is writing in and speaking of. This was conveniently displayed in the reaction to Tatler’s editor Kate Reardon’s recent speech to Westinbort School for Girls.

I am not, and I do not think Sophia was, suggesting that we should all adopt a ‘Sloane Ranger’ attitude and drop maths for manners. However, being likeable, approachable and memorable may open more doors. In the networked world of journalism this is becoming all the more prevalent. Examples of journalists working with journalists have resulted in some of the most ground breaking developments in the profession.

Tatler’s Guide to Good Journalism: Five valuable and important attitudes to consider regardless of the kind of journalism you wish to write or the paper you want to work for. However I think Sophia Money-Coutts would agree that the most important rule of thumb is to bend the rules a little. Sophia doesn’t take herself or her subject matter too seriously in order to truly enjoy what she does. Tatler’s Guide to Good Journalism could help you do the same.

This report  is by Polis intern Emma Archbold

Who Has The Power In The Information Age? 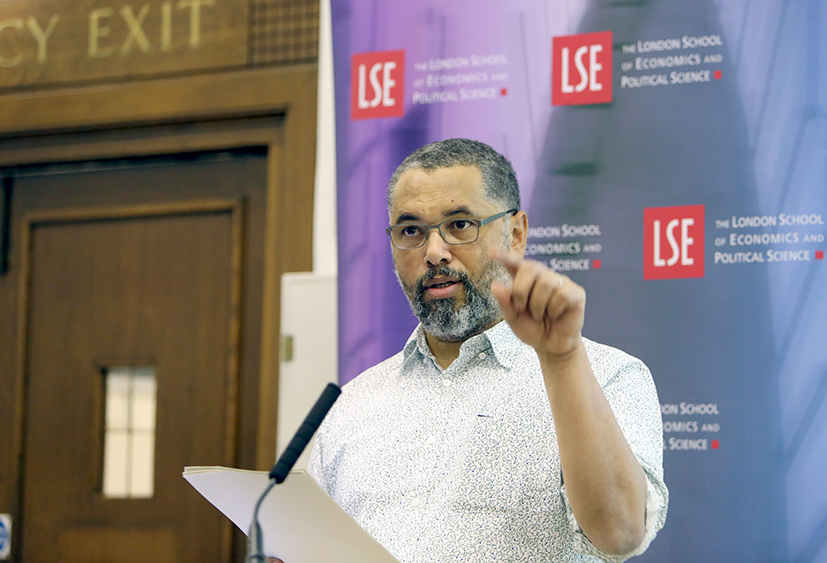 2018 Brazil Elections: the dark power of social media and the threat to journalism