The launch of a nationalist newspaper is big media news in Scotland. But does the creation of the National title have wider significance as journalism businesses seek new ways to connect to the public. Milan Dinic (@MilanDinic1) comes from a region that knows all about nationalism and as a journalist (currently studying at the LSE) he knows all about newsrooms. Here’s his take.

In a time when newspapers worldwide are struggling to find ways how to preserve circulation and readership, a possible approach to a solution may be seen in  Scotland’s recently launched daily The National.

The daily was launched on November 21st stating a clear and strong nationalistic agenda in its banner – “The newspaper that supports an independent Scotland”. Oddly, in the country where close to 45 % of the voters opted for leaving the union, The National is only the second daily (after the Sunday Herald) to publicly support independence.

The publisher of the paper, Newsquest, the UK outpost of the US Virginia based media giant Gannett, initially planned a circulation of just 15,000 copies and a five day trial period to see if the paper will penetrate the market.  With the price of just 50p (which makes it the second cheapest daily after the Scottish Sun) the 32 page tabloid style paper had a tremendous start. The National sold out all of its 50.000 copies by early afternoon on launching day. With additional initial 11,000 online subscribers (paying 1.50 a week) the paper started off with a blast. By the end of the first week Gannett decided to continue publishing “indefinitely”. The first Friday edition of the paper saw circulation rise to 100.000 copies and the number of pages extended from 32 to 40 after attracting much higher advertiser demand than expected.

Although more recent reports suggest a dip in sales of “The National” to 36,000 copies (which is the lowest reported sale so far), the fall after the initial jump in sales after launch is a normal path for newspaper circulation. It seems that The National is here to stay, making it another addition to the unionist’s headaches and nightmares.

It is widely argued that the launch of The National has been timely fitted with the national agenda getting a new swing after the outcome of the recent Scottish referendum on September 18th which has seen the highest support for independence so far. The paper went on the market just few days prior to publishing of the Smith Commission report detailing Heads of Agreement on further devolution of powers to the Scottish Parliament as promised by David Cameron just prior to the vote.

Following the experience of the Sunday Herald which saw sales rise 111% percent in the run up to the referendum after it openly endorsed the “yes vote”, based in the bastion of independence Glasgow, and run by Richard Walker (former editor of The Sunday Herald, deemed by The Guardian as the “bold Braveheart editor”) the modus operandi of The National is clear: if you want an independent Scotland, you will read this paper which is the openly supporting the idea. In addition, things were made even clearer by the front page of the first edition which read “Give Scotland the powers to cut child poverty” playing the card on some of the strongest emotional issues in any society – national pride and children.

History has shown that in times of crisis playing on the national card can often be a great tool for survival. Does nationalism or any other strongly objectified agenda setting approach present the wave on which newspapers can ride the stormy waters dominated by digital media?

This is not the first time in recent history that a newspaper has played a major role in promoting and helping spearhead the national question. We have seen similar examples in other countries with a national identity issue. For example – in the Balkans, where unresolved national identity issues pose a major problem for the region even today. In the early 1990’s when the breakup of Yugoslavia was stirring, the six federation countries saw its newspapers among first social institutions to turn to the national, or rather nationalistic agenda. One symptom of this were an upsurge in insignia supplements such as national car stamps, maps and flags.

Every republic saw its leading dailies echoing and enhancing the nationalistic sentiment promoted by the increasingly strong nationalism dominated parties at the time. Newspapers with a more moderate approach were losing circulation while the ones turned nationalist were on the rise. One of the consequences is that today most newspapers in the Balkans have a very strong national agenda when it comes to regional issues, and help launch and spread heated tabloid styled debates on national/identity questions.

A more recent example, again from the Balkans, is from 2006 in the run up to the referendum in Montenegro when the republic eventually opted to leave what was at that point already a loose state union, thus putting an end to the last resemblance of the 88 year long Yugoslav federation established after WW1.

The pro-independence government in Montenegro’s capital Podgorica strongly opposed the position of Belgrade which wanted to preserve the federation offering – very similarly like David Cameron in the run up to the Scottish referendum – further devolution of powers. The main newspapers in Montenegro were split along national lines since ethnic Serbs made more than a third of the population. With the pro government papers strongly backing independence by running stories with headlines relating to national pride and the capability to run things independently, the heated political debate led to newspapers reporting higher circulation all together in the period prior and immediately after the referendum.

Even more recently, in eastern Ukraine where there is an ongoing struggle between Russian speaking population who want independence and the new government in Kiev, newspapers along with websites play a major role in promoting and preserving the national flame, while at the same time strengthening their place in the media market.

In Crimea for example, immediately after the changes in Kiev and in run up to the self styled referendum which led the regions self-declaration of independence backed by Russia, main newspapers have rebranded themselves and redesigned the look to appeal the pro-independence mode. Similar things happened in Abkhazia and South Ossetia prior to the decisions to separate.

In these cases, as most likely in similar ones where the national debate is in flames, newspapers are a major tool in promoting a separate national identity from the rest of the country. However, what makes the case of The National in Scotland different from others is the fact that it is a completely privately funded investment based on market analysis rather than a state/government sponsored project based on ideological/political beliefs.

But, why go and invest in promoting the national question in print in the age of digital supremacy in the media?

Scotland has several widely red websites which promote independence, such as Wings Over Scotland or Bella Caledonia and it seems that a proper online investment would have been cheaper than print and at least equally wide read thus attracting solid advertisement. On the contrary, the owners of The National opted for limited visibility online offering on its webpage an introductory letter of the editor, a glimpse at the first page via the Twitter feed, and an offer for subscription. The reason for promoting a paid website rather than a content free one probably lies in the assumption that people who pay to read online (as for print as well) don’t see that as just buying information but rather as contributing to the promotion of the national cause.

The comparative figures seem to be in favor of The National online edition: As reported by The Guardian in late October, it took The Herald three months, from July to September to increase its online subscription from 10,000 to 13,500. On the other hand, its sister paper, The National on its first day started out with 11,000 online subscribers and the number reportedly went over 13,000 in matter of days!

Although newspapers are ever more widely seen as an outdated form, there are still reasons to see them as a good way to promote the national issue.

First, newspapers – unlike radio, TV or internet – can be physically experienced by holding them in one’s hands and thus in a way be fetishized, especially in the case such as The National, as a symbol of collective identity and as a token or insignia of (a phase or the beginning of) an important national event which plays a significant role in conceptualizing nationalist/identity narratives.

Secondly, newspapers as the more traditional type of outlet are cheaper than other forms of media such as TV and are available to everyone in the community regardless of their age or technological skills.

Thirdly – politics, as an obvious main agenda for The National, attracts more adult members of the society who are much more drawn to the newspapers as traditional form of media.

However, it will be interesting to see how The National develops in times to come and for how long can the national agenda help drive the papers popularity. In order to succeed nationalism always needs to go further. For The National this poses a challenge: will it be able to ride the wave in newspaper market without turning into a crudely nationalistic ‘rag’. If it succeeds it may well prove that a strongly opinionated political attitude rather than a more reserved and equally balanced approach as a model of newspapers to root themselves stably in the market.

This article by LSE student and journalist Milan Dinic @MilanDinic1 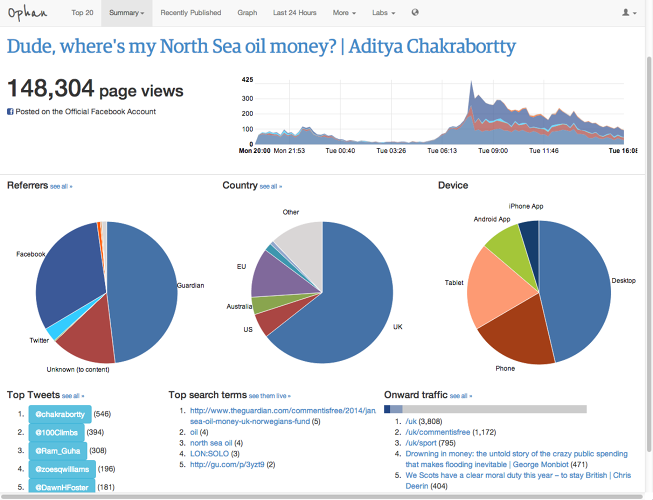