This article is by LSE MSc student Jon Ray

During the emerging sports analytics era, human performance has increasingly been reduced to statistical likelihoods and skill indicators. The humanity in participation is losing its significance. In the NBA, athletes, like James Harden have epitomized this shift. Commentators would have once called him an ‘assassin’ or some other hyperbolic, emotional phrase, but he’s now called ‘efficient’. Sports are being reduced to their observable and quantifiable parts.

But this fetishization of quantification (which has, luckily, not made such great inroads in the UK as it has in the United States) leaves out an entire realm of sport: emotion, communication, and human response.

Josephine Perry, from UK Sport , described how communications protocols for athletes have evolved in the wake of online trolling. Do you want a sensitive footballer reading his tweets before getting on the pitch for his country? Probably not. This seems intuitive, but before Josephine mentioned it, it was something that I hadn’t considered.

The dominant trend in sports analytics has ignored the effects and possibilities of communication to harm, or improve individual sporting performance and the way in which the game is played. Josephine, who is also studying Sports Psychology, explained that athletes respond to trolling or motivational comments in different ways. Being able to understand your athletes and harness the right kind of communication strategies for them could result in improved performance and behaviour throughout their lives.

Olympic Sports PR is all about representing a country and its athletes in the best possible light. Finding the balance between individual personalities, (for example the UK’s Mo Farah), and a big picture look at athlete engagement (e.g 10,000 Inspiration Days), is imperative to encapsulating the gamut of what Olympic Sport contributes to a country.

10% of the UK’s National Lottery funding goes to the discovery, training, and performance of Olympic athletes. With so much money flowing into this program, it’s clear that the UK doesn’t just want athletes; it wants ambassadors of change that can show the rest of the country the limits of human achievement and surpass them. As usual, it’s about so much more than sport. As a communications professional it’s your duty to share this message; to spread the seeds of personal growth and change by allowing children to aspire to see themselves in an Olympian’s image.

This is why the personal side of sports matters. When you try and reduce it to observable phenomena, it’s like trying to explain why a cake tastes good based on its ingredients. And you can do that, but it encapsulates nothing of what the experience of eating a cake is actually like. Like cooking, sports are an emotional experience at their core, and that experience should be shared.

Polis hosts a series of Lunchtime Talks featuring media practitioners on Wednesdays 13.00-14.00 to discuss their roles and experiences of the sector. Open to staff, students and the public. 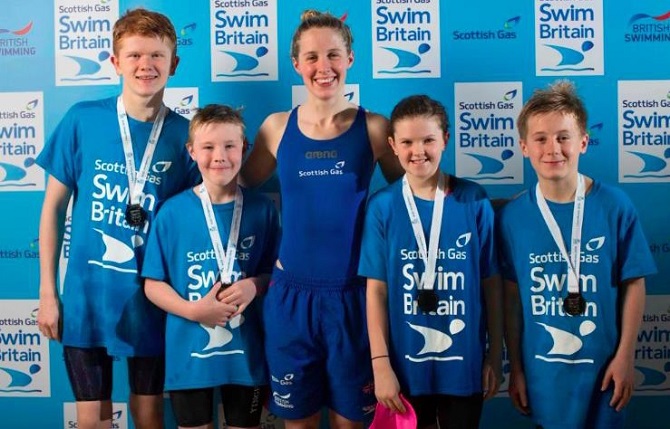