If committees were a good way to change the world then they’d have more power. They don’t. So don’t be surprised if the appearance of Mark Zuckerberg in front of two important Congressional committees doesn’t directly result in game-changing new laws or regulation. It shouldn’t.

Firstly, the political process – even in a world of Trump and Brexit – is more subtle than that. The politician’s power is partly rhetorical. They are seeking to change the mood and swing public opinion as much as come to clever decisions about policy. That’s fair enough. Open debate, however self-interested, is a good start for a democracy when it is dealing with major issues such as the health of information.

I was a special advisor to the Media Select Committee for the UK parliament during the BBC Charter Renewal process. The Committee’s report had only advisory status. During the process of hearings, BBC executives were dragged before MPs to explain themselves in detail. Over the months you could see them (and other stakeholders) responding to the pressure by shifting their positions, making concessions, and generally facing up to legitimate criticisms and suggestions.

Ultimately, the role of a platform like Facebook (and Google, Twitter, Amazon and the rest) is so important that it will take years to come to decisions about their market influence, the need for controls and the actions they should take to shape the flow of information. Everyone seems to be shouting ‘regulate them!’ but just how you do that is critical.

Authoritarian governments are already using the ‘fake news’ mantra as an excuse to clamp down on free expression. The last thing we want is to hand politicians more powers over media without transparency, accountability and public oversight. Likewise, it wouldn’t be a good idea to give platforms like Facebook more responsibility and control over the information and data that flows through their networks without clear public safeguards.

With our LSE Truth, Trust and Technology Commission we hope to come up with some suggestions for action, but perhaps the most important task we have is to define what the problem is and what an agenda for public value and public interest might look like. We report in the autumn but it’s already clear that this is an on-going structural set of problems that will have to be handled carefully.

There is going to be a lot of critical commentary about Zuckerberg’s hearings and how they haven’t come up with a ‘solution’, but they have already had effect. Facebook has announced a swathe of initiatives in the last days and months that seek to address public concerns and, more cynically, stave off further actions that could impede their business and profits. Committees don’t cure ills, but political pressure might.

This article by Professor Charlie Beckett, director of the LSE’s Truth, Trust and Technology Commission @CharlieBeckett 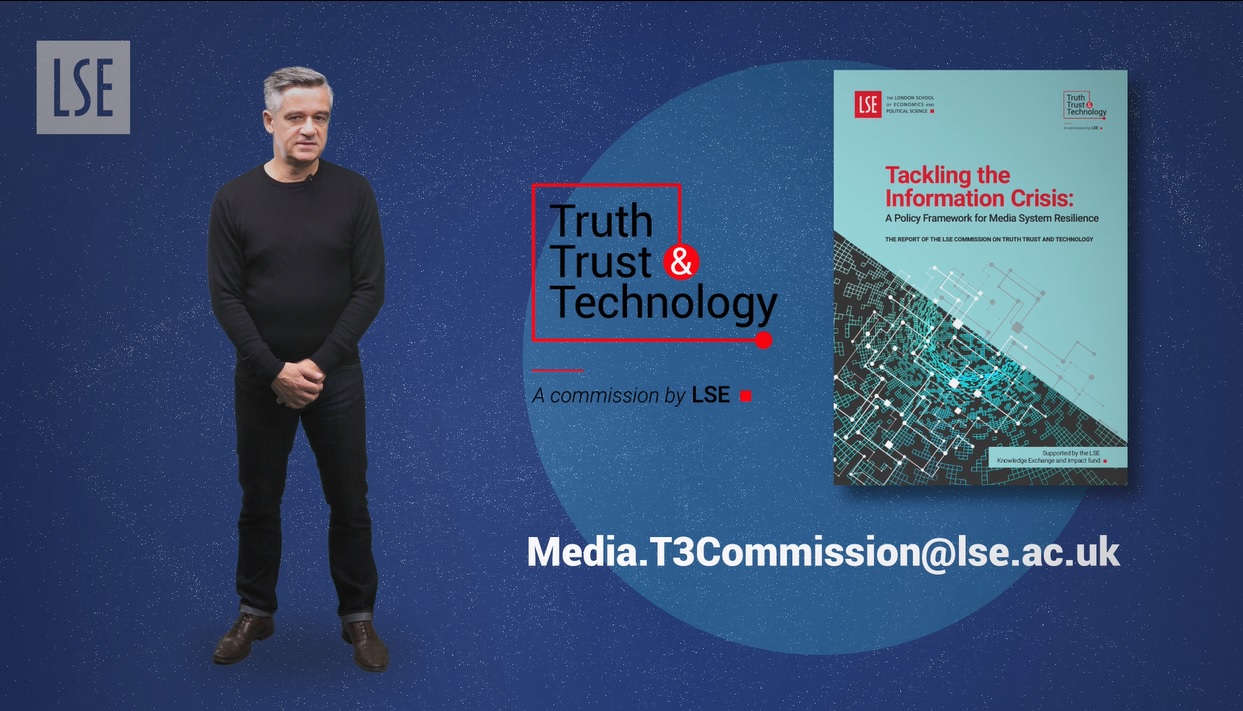 What is quality journalism? The most important question for news organisations today, but do we know what it means?