The shocking attack in New Zealand is a reminder that terrorism is above all a media act. Without publicity there would be no point for the terrorist. They are attempts to show their power, recruit supporters, encourage emulators, to disrupt society and to provoke the authorities into reactions that might bolster their sinister strategies. The option of a media blackout is completely unrealistic, especially in a digital world. So the role of the news media becomes even more important as a source of credible, responsibly presented information, debate and social cohesion. Journalists also have a vital role in directly countering rumour, hatred and divisive messaging online. It’s fair and useful that journalists expose the failures of the social networks on these occasions but they should also pay even more attention to proving their own  ethical, political and editorial worth.

It is impossible to be specific or categorical about what journalists should do. It is always context-specific. Broadcasters, for example, have a broader duty to avoid showing distressing or inflammatory imagery that reaches a wide and random audience compared to a niche website behind a paywall that specialises in security analysis. In this case the killer was clearly seeking maximum publicity by using the Facebook live stream and publishing his ‘manifesto’. So more than ever there is a responsibility for journalists (and citizens and the platforms) not to accept, let alone amplify his strategy.

My report from 2016 for Columbia University’s Tow Center on reporting terror, that drew upon a wide range of views from the news media and beyond, showed that many newsrooms are improving their procedures and thinking harder about their public duty in their coverage. Clearly some click-bait chasing, inflammatory, partisan news organisations will disregard the ethics but the mainstream is aware that their credibility as well as their social responsibility rests on them being more reflexive and considered in their journalism. As the New Zealand attack showed many are still making basic mistakes, worst of all in providing the oxygen of publicity for the terrorist.

There’s loads in the report, including lots of practical insights from journalists, that is extremely relevant to the debates around coverage of Christchurch such as narrative framing, choice of language, avoiding harm, verification and transparency, guidelines and codes, geographical or cultural bias, as well as dealing with social media and the platforms such as Facebook.

Below are just a few first thoughts about some of the issues that have been debated in the wake of this latest atrocity. I am not trying to lay down rules. The specifics will always vary as will the treatment. But the important thing is to at least think before you publish your journalism. I’d welcome any feedback, comments or insights.

No news organisation is obliged to publish everything, especially material created by the terrorist themselves. Journalists select and edit all the time and that is even more critical around an incident like this. It will always depend on the news organisation’s own policies, the audience and above all the context,  but the default should be not to show the killer’s material without thinking do I need to do this to tell the story?

All newsrooms should have in place systems for referring everything up or to a code or guidelines when a ‘terror’ story breaks. In this case there is evidence that the online and breaking news teams in some newsrooms just did not operate to the same standards as the print or bulletin teams. Everyone wants to be up to speed, but around terror incidents false information travels fast and newsrooms need to have systems in place that prevent them feeding the frenzy of fake news or helping to spread misleading and inflammatory information.

Humanise The Victims Not The Perpetrator

Avoid giving prime placement to images or information about the killer. This glorifies them and their actions. Prioritise the stories and humanity of the victims, including all communities that are effected.

Language matters. Firstly, using the ‘terrorist’ word. The default should be not to use it unless (as in the New Zealand case) the authorities use it and that it is clear that the motive and actions were to kill innocent people for an extremist ideological cause. But other words should also be used cautiously. For example, ‘the shooter’ feels too neutral for someone who is (as in this case) a terrorist, killer.

Beyond that, are you being consistent in the treatment of and language used for different terror events? Are you treating this incident differently because of the colour, religion, or motive of the killer? If you are doing so for accuracy that might be right, but what about the value judgements implied in the terms used?

Is what you publish going to make the immediate security and social cohesion situation worse? And what about the long-term? Is there constructive journalism that you could do to complement the reporting of the pain, anger and fear? Are you including content that can be cathartic, reassuring, and above all that can contextualise what has happened? 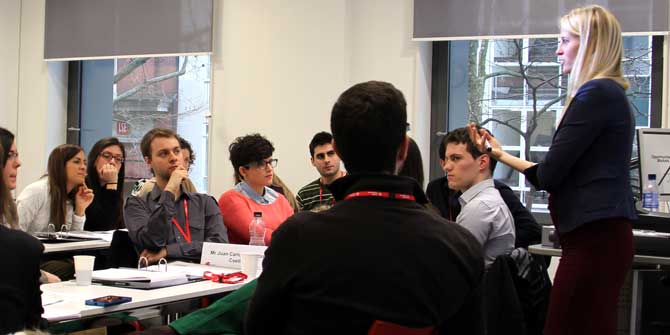 Why strategic communications matters and how to study it 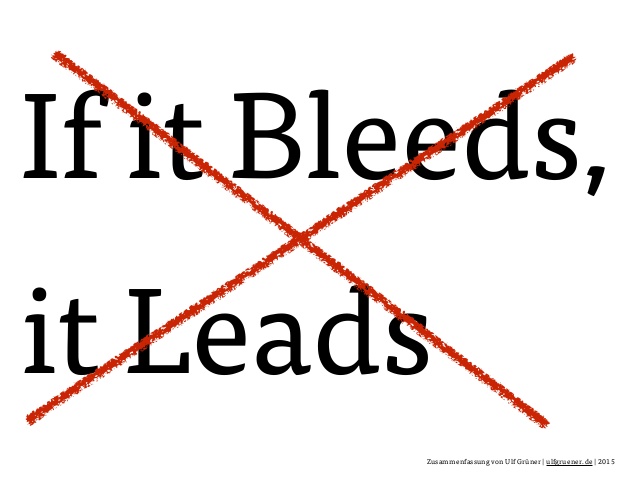