Are Labour right to blame the media for their defeat? No-one is saying it is the whole story, but it is continually being cited as a key factor. How legitimate is that complaint and, more importantly, what should they do about it?

Yes, the newspaper press was hostile to Corbyn from the moment he was elected. A 2016 study by some of my LSE colleagues showed that from the get-go he was subjected to sustained personal and political criticism. Nothing new there. The reason the Blair/Campbell New Labour leadership instituted such stringent message control was precisely to minimise opportunities for the press to find fault and exaggerate or manufacture flaws. Interestingly, that was one lesson that the Corbyn/Milne Labour Party learnt. They adopted a bold strategy of by-passing the mainstream media with a vibrant social media mobilisation. At the same time they had a highly-disciplined system of spokespeople that marginalised ‘moderates’ and Remainers during the election. They also cultivated a WhatsApp co-ordinated cadre of media outriders who flooded the social networks and broadcast studios with pro-Corbyn voices.

As a recent Loughborough University research showed the newspapers were particularly hostile to Corbyn during the campaign. But there are two caveats to this. Firstly, if you are a self-avowedly anti-establishment, anti-capitalist party with the most left-wing policy programme seen for generations with media policies that threatens the press with constraints, what did you expect? The representation of Corbyn and his policies as historically radical was based on the reality of his personality and the ideology of those around him. Secondly, British newspapers are transparent about their political bias. If readers’ views were so dissonant with press partisanship then readership and sales would have fallen. People have media choices. There are left-wing titles. Newsrooms can’t diverge significantly from the views of their customers. They become hyper-partisan around elections but in an ultra-competitive market place and with the additional media watchdog effect of social media, it would hit their bottom line. 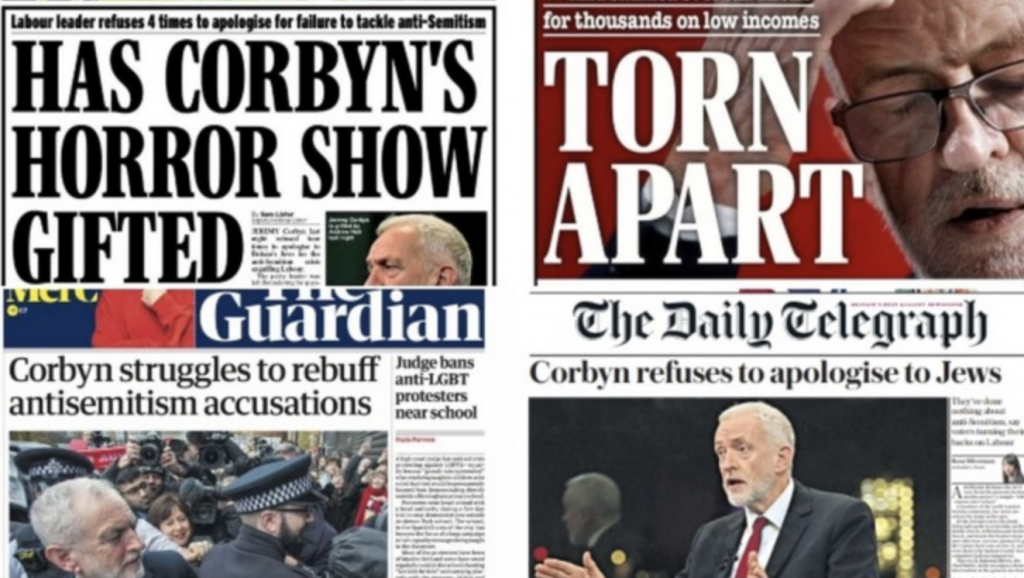 But the fact is that Corbyn’s international policies,  for example, were not in line with previous mainstream Labour views on patriotism, defence, and the legitimacy of the established western conceptions of international security. His supporters celebrated that kind of fundamental ideological division. Corbyn’s Labour presented the voters with a genuine alternative both to the other parties and to previous Labour governments. It seems that most of the British public, including huge swathes of former Labour voters, did not support that vision.

More sophisticated analyses of media ‘bias’ point to the ability of the press to frame issues and set agendas. They may not brainwash voters but they push certain narratives or issues to the fore. They ignore arguments or information that counter their point of view. Broadcasters are still too prone to take their cue from newspapers. Although newspapers ability to agenda-set in the current media eco-system is significantly weakened, even on social media, much comment is orientated around mainstream media content and coverage. Even when that comment is hostile it distracts. Yet, one of the claims of Corbynites is that they have shifted the Overton Window to an anti-austerity agenda. If that is true, then surely it demonstrates that they resisted the newspapers’ agenda-setting power? If true, it means there was an opportunity for Corbyn’s Labour to capitalise on that change in public opinion. A more realistic media analysis and political strategy accepts that much of the press will be hostile and concentrates on creating a convincing policy programme that appeals directly to the public. Labour significantly failed to do that. Most of the evidence, some anecdotal but also through polling, focus groups and feedback from canvassers is that even when voters understood Labour’s positions, they were not convinced.

Labour would be crazy to continue their attack on the BBC. If they help undermine the BBC they will give succour to elements within the Tory party for whom reform means reducing the BBC’s role as a relatively balanced provider of public information at scale. How else is the public going to get the extensive coverage of opposition views and policies that it enjoyed at the last election and during the parliament? Research shows that broadcasters gave the Labour Party and its supporters a reasonable share of airtime. Critiquing specifics is legitimate. The BBC makes mistakes but those go both ways. Why were so many entertaining but unrepresentative spokespeople from the far Left given so much air time, for example?

The routine un-evidenced demonisation of the corporation is poor media analysis and self-harming politics. It might placate the more uncompromising hard-core Corbynites and their narrative that it was the fault of the media and the public that Labour lost. But it’s not clever politics for a party seeking to be judged on its policies and its political aptitude for power in the world as it is, rather than the world they’d love to imagine. The kind of attention that the BBC can pay to the condition of the country at institutional, national, and critically, local level is going to be vital for an opposition seeking to critique government policy at a granular level instead of shouting slogans on social media.

In the sort-term during this period of ‘reflection’ it is understandable that losing politicians are firing volleys at the messengers. But while it may fuel the righteous anger of core activists, I would imagine it looks like petty, sore-loser tantrums to the wider public. It fosters cynicism and makes the party look like it is not undergoing a period of genuine self-criticism and reappraisal. Longer-term, more pragmatic Labour politicians, officials and activists will surely be looking for ways to exploit divisions in the ruling party and to highlight the real problems this government will face in delivering a Brexit that does not harm services, the economy and the UK’s international reputation. Even right-wing newspapers will be critical of Johnson’s government. Labour would be wise to keep channels open with the press, rather than withdrawing from contact with the people it caricatures as the minions of the Billionaire press barons. Labour doesn’t have to revert to Blairism, but it could usefully consider how his party infiltrated its views into mainstream media.

Labour ‘won’ the social media campaign online statistically. Although the online advertising battle may turn out to have been more effective for the Tories. It seems that garnering social media hits by talking to your supporters or attacking anyone who does not whole-heartedly share your views may not be as effective politically as trying to persuade the undecided and doubtful. If you are going to by-pass the newspapers at least do it in a way that gets you votes rather than retweets or shares within your bubble. Whatever the potential digital channels offer, Labour will still need to come up with a more realistic way of dealing with a hostile press and of taking the opportunity offered by our regulated broadcasters. There are, incidentally, sympathetic national newspapers, they could start by building bridges with them.

An article by Pippa Norris and my LSE colleague Patrick Dunleavy does make a good case for an example of ‘media bias’ which was detrimental to the Labour Party, albeit, incidentally not deliberately. The reporting of the Exit Poll on the night for the first time gave a seat projection instead of vote share. Overall it got the result pretty accurately, although it underestimated Labour’s total enough to suggest they would get under 200 seats, a symbolic barrier crossed (they suggested 191, the result was actually 203). They also claimed the SNP would get a clean sweep. The final result wasn’t much better for Labour in Scotland but it was not a total wipeout. So the narrative for anyone watching at 10pm before the full result came in (and that’s most people) and so the narrative that dominated media coverage was significantly erroneous. It was not enough of a difference to seriously alter the fundamental fact of a catastrophic defeat for Labour but it exaggerate the extent. This is a good example of how a combination of polling with it’s systematic margins for error, combined with insufficiently caveatted reporting can misrepresent reality and distort the hyper-fast news cycle further. 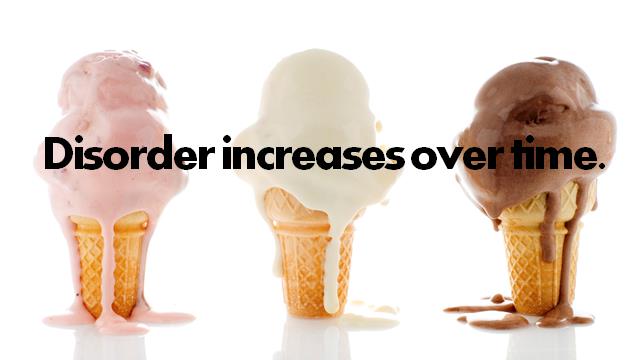 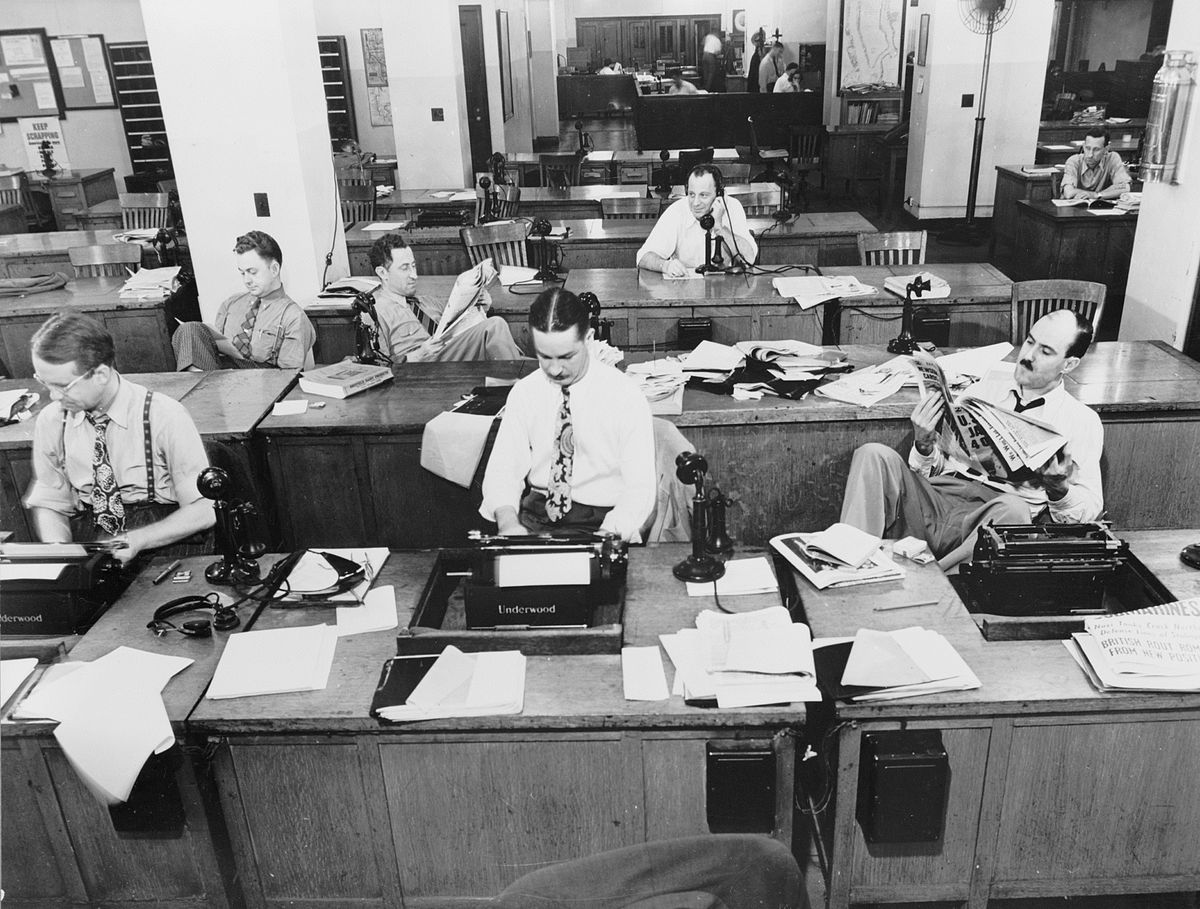 The New Media Ethics: Nick Clegg can be Facebook’s conscience