Another opinion poll is out showing low levels of ‘trust’ in British journalists in the middle of a crisis where news media will be crucial for public information. But this is not the problem you might think it is. In some ways it’s worse.

Sky News’ YouGov poll was part of a much broader survey of trust in UK public figures and on policy issues related to the coronoavirus crisis and the ‘lockdown’ measures. It ranges widely:

“The country has thrown itself into housework, cooking and gardening but fewer than one in three are doing more exercise than usual and fewer than one in 15 say draconian restrictions on lifestyle means having more sex.”

It’s a perfectly reputable poll in its own terms but the questions on journalism are just one small part of a wider survey and the pollsters didn’t ask people why they don’t ‘trust’ news media and or what people mean by ‘trust’ or lack of it. At times of national division and heated debate on top of four years of divisive Brexit debate with two very opposed main political parties, it’s not surprising that people are sceptical about everything. After ten years of austerity followed by an unprecedented pandemic there’s a lot to be angry and upset about.

So it would be easy – and not entirely untrue – to dismiss this anger against the media as evidence of people wanting to shoot the messenger. Journalists bring both the bad news of reality and also a lot of views that you will disagree with. So in that sense, it’s not so much that people don’t trust the system or profession of journalism, they are reacting to the presence of a lot of journalism that makes them sad, or cross or that they disagree with. Other surveys before coronavirus have actually shown a slight uptick in ‘trust’ in journalism. See below for an Ipsos MORI chart that gives an historical pre-COVID-19 perspective:

Studies such as the Reuters Institute for the Study of Journalism’s annual digital report show more nuance. It suggests, for example, that people tend to trust news sources they agree with or consume.

As the LSE’s Truth, Trust and Technology Commission report said in 2018, ‘trust’ is socially-constructed. It is a product of our economic and political environment and current circumstances. Information is now produced and distributed as much by major tech companies and the networks they create as it is by TV or newspapers. Media is as much a symptom as a cause of public opinion or understanding. I have long argued that asking people if they ‘trust’ something – especially something as varied and subjective as attitudes to journalism – is the wrong question. When we say ‘trust’ what do we mean? Do you believe, agree with, have confidence in, rely upon, use, share or interact or act upon journalism, would all be more useful questions. Which journalism do you trust (or not) and why?

The British people are pretty well educated, relatively politically engaged and have been encouraged by the news media (and universities!) to think for themselves and be sceptical for decades. Disasters like the financial crisis or phone-hacking give them some cause to be sceptical. It is not surprising that they are reluctant to tell a pollster that they happily ‘trust’ anyone, let alone a journalist.

Arguably, it’s a healthy sign in a democracy that citizens are not deferential to authority such as the news media (or politicians or even scientists). If you want high trust ratings in media and politicians you have to go to China. Considering what happened in China regarding coronavirus in and since December/January, I’m not sure that’s a great model.

As the US journalism scholar Michael Schudson set out in his classic description of the role of the news media in liberal, western markets, democracy needs an ‘unlovable’ press. But we now live in an age of much more emotionally-driven communication and more conflictual politics. I have argued that this might not be entirely a bad thing.  Strong feelings around identity, community, and personal ideology are vital to a vibrant society and politics. But in periods such as the current health crisis, these can spill over beyond righteous anger towards disillusion, despair and disconnect.

Journalists don’t particularly want to be loved but they do need attention. As the chart below from recent Ofcom research on media consumption about COVID-19 shows broadcasters and news organisations are still where people go to for information:

At the moment news media organisations are experiencing the paradox of vastly increased traffic and massively declining revenue. Their voice is more heard, but people don’t always like what they hear. Journalists are struggling against the practical odds to report a vast and complex story while suffering job cuts, political constraints and a tsunami of misinformation online. Their content is now mixed in with people’s social media behaviour which probably does little to simplify the informational experience. Throw in some justified public angst and anger and you have a bubbling cauldron of discontent.

Every day ‘the media’ is criticised for being lackeys of government, ignorant and elitist. At the same it is accused of being overly aggressive, playing ‘gotcha’ games and chasing too hard after sensational story-lines. I can find disturbing examples of how journalists have failed – sometimes wilfully – sometimes under the pressure of imperfect information, deadlines and old habits. I can also give you a million examples of reporters risking their lives to tell the front-line stories, newsrooms valiantly keeping their shows on the air and some outstanding expert analysis and critical questioning. Just take the Financial Times’ data visualisations chronicling the daily detail of cases across the world. Not only is it technically skilful but they have been open and attentive about their methodology and its limitations.

The UK news media is a relatively small industry that has been struggling for survival for a decade. As Professor Rasmus Nielsen has suggested, coronavirus is going to be a massive extra body blow for the sector. While some news organisations will emerge intact, many may falter, be decimated and even destroyed. We have set out in a detailed, rolling blog-post the measures available to help address this financial crisis: the short answer for UK media is there is a distinct lack of specific government assistance so far. Even with the support that the UK government is offering all businesses stricken by the coronavirus economic impact, I would suggest that the future is going to be incredibly tough. The UK press was already shifting to subscription and membership models and diversifying its revenues but these are not immune to the coming recession. News executives were already telling me of the prospect of a major decrease in advertising revenues online as well as in print or on screen before this crisis. Other revenue sources will not make up the difference. Here at Polis, LSE we have been working on how new AI-driven technologies might help make journalism more efficient and effective, but these also require investments of time and other resources as well as energy and effort to make more changes on top of decades of reinvention.

Yes, the BBC has responded magnificently, rediscovering its public service purpose in a way that might reduce calls for cuts in its public funding.  But coronavirus has also shown the limits of the BBC’s brand of objective, balanced journalism as well as its vital role. We need a thriving, diverse independent news media at all levels, from local to specialist, popular as well as ‘elite’. That relatively healthy mixed ecosystem is genuinely under threat at the moment.

The question of ‘trust’ might appear an almost philosophical issue at such a time of existential crisis for the UK news media. But if we stop reacting to the headlines about that five letter word and think more seriously about what the public really need as well as want from journalism, perhaps there are paths forward.

The LSE Truth, Trust and Technology Commission laid out a progressive, strategic path that combined increased support for public service journalism innovation with increased industry attention to transparency, accountability and credibility within journalism itself. There are no magic bullets and no need to abandon many of the tenets of traditional journalism. But efforts need to be redoubled to improve credibility, diversity, expertise and engagement. ‘Fake news’ is a challenge, but I have argued it is also an opportunity for the news media. It is one best dealt with (alongside fact-checking and investigation of disinformation) by improving the ‘quality’ of journalism. Coronavirus would have been a massive test for journalists at any time, but if the trust polling tells us anything, it says that there is a public appetite for the news media to make this effort.

All views are those of the author, not LSE or Polis 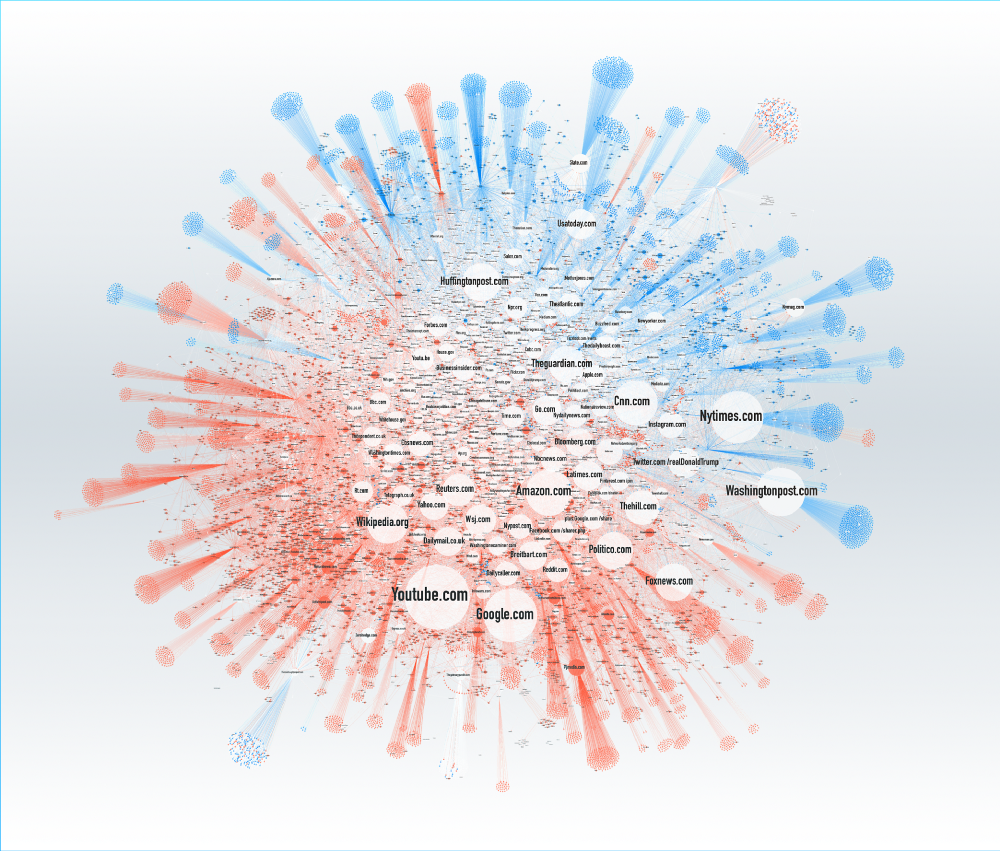