Delhi is engulfed in smoke and fog. Numerous news outlets have highlighted the grim situation, and a simple scroll through my social media paints a chilling picture of zero visibility and opaque balcony landscapes. It is well worth digging into the story of how we came to this, but how we can solve the issue by looking around us is the more pressing question. We need answers, and quickly.

Schools have been closed for weeks; patients with asthma and cardio-pulmonary disorders are forbidden from leaving their houses; construction sites are sealed; and trucks, which form the lifeline of transportation and freight, are banned from entering the capital. This is not just a wake-up call for New Delhi, but one for all economic centres on the periphery and beyond that rely on sales in Delhi for their revenue. The more the poor air quality lingers and deteriorates, the more it will accentuate the economic and social problems.

I have received hundreds of texts from India asking me if London is going through the same ordeal, given that it is also a bustling and developed capital city. But, fortunately, this is not the case here. A quick check of the data for the same day in New Delhi  and London reveals staggering dissimilarity in air quality levels. How, then, did a city that choked through the Great Smog of 1952 and boundless development come to have better air quality now than a city that saw industrialisation only a few decades ago?

What did the Great Smog of 1952 teach London?

What New Delhi is undergoing right now appears to parallel England in the mid-20th century, when a Londoner created the word ‘smog’ that we use today. This could show that problems with air quality are a challenge that any city may have to face as it deals simultaneously with development and environmental concerns. In 1952, however, London was one of the few cities with that level of industrialisation (and a far smaller population than New Delhi has now), while today more cities are participants in the race to development, cumulatively increasing the effect on wider climate concerns.

Heavy fog was a common occurrence in 1950s London, and there was, according to most reports, no immediate sense of urgency concerning the smog event of 1952. It took four years of government negligence for corrective measures to be taken. These included a new act setting out new and stricter regulation of industrial and domestic coal burning. This was followed by another important step of offering grants to households to switch to different heating sources, which acted as a motivating factor for citizens.

What can New Delhi learn from the Great Smog?

Analysts have suggested time and again that an efficient public transport system is the key to breaking the air quality deterioration cycle. London kept on revising and re-revising air pollution control strategies, with successive Mayors of London reporting on upcoming policies and their implementation. London went on to develop important ventures around public transport; for instance, building more stations at the same time as publicising the service and providing clear information about emissions. This enabled people and businesses to make more informed transport choices.

Nevertheless, despite a fully functioning New Delhi metro system, pollution levels there remain hazardous. The city is in dire need of a destigmatised approach to its public transport system, which would then lead to a less complex decision-making process for citizens in choosing how to travel. Delhi metros and buses are full of students and daily-wage laborers. But the class contrast is acutely visible, and elements of a pseudo-colonial ideology make it undesirable for some to do away with private means of transport: cars are a status symbol, and public transport is seen as a lowly way to travel. The most important change, then, that Delhi needs to make is the naturalisation of public transport. In this way, citizens from all walks of life would find it easier to adjust to collective options over private ones.

We must declare war as citizens. The time to demand only governmental action while we sit back and play the ‘woke’ activist has gone. The call to action requires us to be a part of a greater plan as citizens, not individuals. Implementing the odd-even formula, using existing public transportation, planting a tree, and switching over to alternative energy sources for household power (the Indian government is providing 30% subsidies for this) are some things that can begin the improvement. This could buy enough time to create window of opportunity for the Delhi government to construct and promote large scale public transport infrastructure, and I hope, bid a permanent goodbye to its air quality emergency.

Palak Sharma is a student of MSc International Social and Public Policy (Development) in the Department of Social Policy since September 2019.She is also the co-founder of the think tank Green Governance Initiative in India. 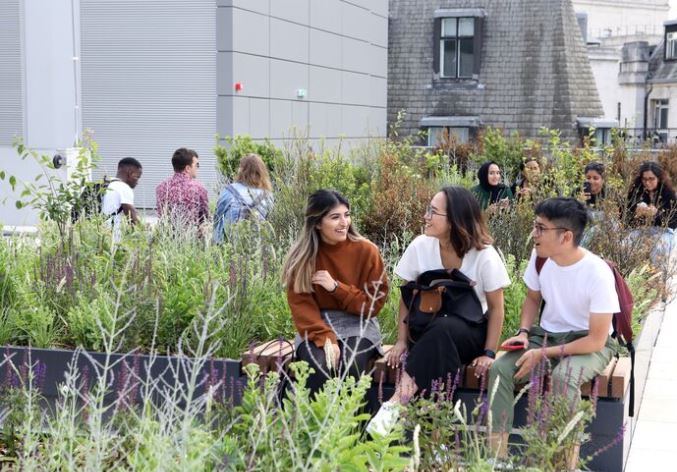 The Greta Generation: The rise of youth activism for climate change