What prospects for improved India-Pakistan relations?

What prospects for improved India-Pakistan relations?

In the run-up to Pakistan’s general elections on May 11, India At LSE publishes three posts reflecting on India-Pakistan bilateral relations and democracy in South Asia. LSE’s Athar Hussain concludes the series with a discussion about challenges and opportunities for improved India-Pakistan ties.

Q. An increasing number of people believe that a stable Pakistan is in India’s best interests. What are your views on this?

A. This is a universal truism. To reach an agreement you must negotiate with one body that has a monopoly over state power. If it’s a free-for-all, an agreement is not worth the piece of paper it’s on. As such, only a stable Pakistan can be an effective negotiating power.

Q. Are mutual security concerns the main point of contention between India and Pakistan?

A. Security is a problem, but it is never an independent issue. Take, for example, the war in Afghanistan, which is another source of contention between India and Pakistan. Pakistan regards Afghanistan as falling within its sphere of influence and views any Indian interference as strategically harmful. There are security concerns in the sense that the Durand Line is a porous border, but there are larger dynamics at play here as well.

Q. What impact will India’s recent push towards militarisation have on bilateral relations?

A. India wants to maintain parity with China, hence the militarisation. This can cut both ways with regards to Pakistan. On the one hand, the dispute with Pakistan could become a huge distraction that India seeks to rid itself of. Pakistan cannot militarily defeat India, but it can be a significant nuisance that ties up Indian forces etc. On the other hand, India might decide that its aim to become a regional power is best furthered by finally coming to terms with Pakistan.

Q. How does China influence the India-Pakistan dynamic?

A. China wants to maintain some balance of power in South Asia; Beijing doesn’t want India to dominate the region. But the Chinese position towards Pakistan has undergone a radical change since the 1980s. On the Kashmir issue, for example, China no longer supports Pakistan’s position, and instead adopts the exact same position as the United States or Britain—that Kashmir is a disputed territory and that India and Pakistan should solve the problem through negotiation. China no longer says anything about upholding the UN resolution supporting Pakistan’s case. In a separate context, China has also become very alarmed by the infiltration of violent extremist groups [allegedly trained in Pakistan] into its north-western Xinjiang region.

That said, in my opinion, the impact of China’s own interests on the Indo-Pak equation is exaggerated. It is true that China wants access to ports in the Gulf region, from where the bulk of its oil comes. But the idea that the Chinese want a land route to the Arabian Sea (via Pakistan) is far-fetched. Such a route cannot be economically viable not only because sea transport is so much cheaper, but also because China’s economic and industrial hubs are on the eastern side of the country. Taking goods westwards across China to get to the Arabian Sea is not a serious proposition.

A. India and Pakistan have such little economic contact that if the situation between the two countries worsens, no group on either side of the border complains that it is being adversely affected—no one suffers a loss if relations remain strained, and this is a problem. Consider China and Taiwan as a counterpoint: that situation is even more politically explosive than Kashmir because at least India and Pakistan have respected international borders (with the exception of the Line of Control). But trade between China and Taiwan has boomed, creating a huge stake in the bilateral relationship. Given the huge border between India and Pakistan, too many fruitful opportunities for beneficial trade are being missed out.

A. The growing shortage of water is a cause of concern across Asia, not just for India and Pakistan. In this context, the Indus Water Treaty has been a major triumph, but it crucially depends on understanding and interpretation. Going forward, it is very easy for India to divert Pakistan’s water, especially from the Jhelum River. Given that the head works of the three eastern tributaries of the Indus are in India, there could be new disputes in the future.

Q. To what extent is the tenor of India-Pakistan relations dictated by domestic politics on both sides of the border?

A. Domestic political concerns do play a major role in dictating the state of the relationship. For example, in India case it is easier for the Bharatiya Janata Party (BJP) to come to an agreement with Pakistan because they cannot be attacked from the right, whereas Congress has to tread more carefully. The ideal combination for making significant gains towards improving ties occurred when Atal Bihari Vajpayee was the prime minster of India and General Pervez Musharraf was the president of Pakistan. Vajpayee was definitely committed to improving relations with Pakistan and Musharraf went so far as to offer major concessions. But things did not work out for various reasons—Indians couldn’t grasp the radicalism of Musharraf’s offers, and the Kargil War was continuing to have a destructive impact.

Q. Other than trade, what opportunities exist for improving India-Pakistan bilateral ties?

A. For India, energy will be key to the regional equation. India is the main energy consumer in the region while Iran and Central Asia have surplus energy to offer. Pakistan offers the main transport route for energy to India, which could be an incentive for improving ties. 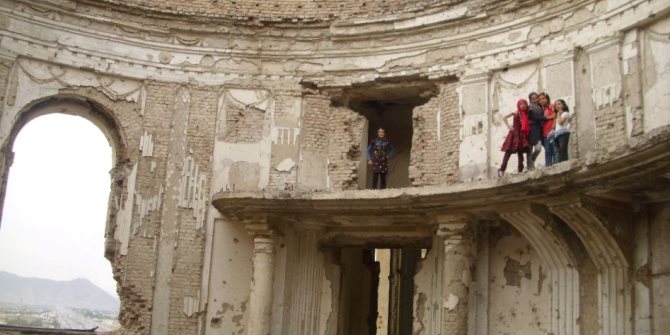