Raj Verma argues that despite increasing strategic and economic cooperation with Japan, India does not want to be a part of an alliance to contain a rising China.

Indian Prime Minister Manmohan Singh concluded his three-day visit to Japan on May 29. The trip followed a recent official visit to India by Chinese Premier Li Keqiang. A few weeks before the premier’s visit, relations between India and China were once again strained by a historical border dispute. Foreign policy experts therefore averred that Dr Singh’s visit to Japan should be viewed in light of New Delhi’s efforts to contain a rising China. But to analyse the Indian prime minister’s visit using that lens would be too narrow as it is likely to forge stronger economic and political ties between India and Japan.

The two countries have enjoyed warm relations since the end of WWII. Japanese people – especially the right-wing administration of Japanese Prime Minister Shinzo Abe – have not forgotten Judge Radha Binod Pal’s judgement at the International Military Tribunal for the Far East where he pronounced seven Japanese accused of war crimes to be innocent. Indians, meanwhile, still remember Japan’s support to the Indian National Army headed by Subash Chandra Bose.

India and Japan are Asia’s largest democracies. They are natural allies because they have no conflict of strategic interest. Moreover, they do not share a negative historical legacy or any outstanding political issues. They both aspire to become permanent members of the UN Security Council and share common goals to institutionalise cooperation and stability in Asia.

Dr Singh was supposed to visit Japan in November 2012. The visit was postponed because of elections in Japan in December last year, which saw Abe become prime minster and the Liberal Democratic Party (LDP) come to power. India and Japan had become closer during the first Abe administration in 2006, and bilateral relations are now expected to be stronger than ever before, building on the momentum created by successive summits to the India-Japan Strategic and Global Partnership. In this context, last week’s visit heralds a new era of Indo-Japan relations.

The two leaders discussed a gamut of bilateral issues, focusing on boosting cooperation in defence, economics and energy. As Prime Minister Singh commented, “There is a growing congruence in our interests and I see this relationship as an essential component of our vision for enduring stability and prosperity in Asia.”

In the economic realm, India and Japan complement each other. They are symbiotic because India is an emerging economy with a huge potential market that is constrained by inadequate capital and backward technology. India requires investment in infrastructure, especially roads and railways, which Japan can readily provide. Japan has shown its willingness to provide ‘Shinkansen’ or bullet trains to India for flagship projects such as the Delhi-Mumbai Industrial Corridor as well as technology and investment for the Western Dedicated Freight Corridor project. On May 27, the two leaders agreed in Tokyo to conduct a feasibility study on a high-speed rail link between Mumbai and Ahmedabad, and welcomed the signing of a US$ 699 million loan for the Mumbai metro line. Abe also pledged approximately US$ 210 billion for promoting Indian technology and investment.

Additionally, the Indian government is keen for Japanese companies to set up manufacturing in India to boost growth rates. For its part, Japan under Abe wants to invest in India to kick-start growth after two decades of recession. This is one of the most important tenets of ‘Abenomics’. Japanese businesses also want to invest in India to reduce their reliance on China for manufacturing, especially since anti-Japanese demonstrations and protests in China over the past decade have affected output and profits and increased political and operational risk for Japanese companies.

India-Japan bilateral trade in 2011-12 reached US$ 18.43 billion, an increase of 34.33 per cent over 2010-2011, when trade totalled US$ 13.72 billion. India’s exports to Japan grew by 24.36 per cent and its imports from Japan by 40.2 per cent in 2011-12. Although Indo-Japanese trade is dwarfed in comparison to Sino-Indian trade, there is potential for increased trade going forward: during his visit, Dr Singh attended a business luncheon hosted by Keidanren, the Japanese business federation representing over 1,200 companies, to discuss ways to give Indian companies access to Japanese markets to bridge the huge trade deficit.

India and Japan are also keen to cooperate in the energy realm. An item high on Dr Singh’s agenda was to push for an early conclusion of a bilateral agreement on civil nuclear cooperation, which stalled following the Fukushima nuclear disaster in March 2011. Successive governments in Tokyo have found it difficult to garner political support in the face of stiff opposition from the non-proliferation lobby. However, the Abe administration wants to reach a civilian nuclear deal with India. The two leaders agreed to push dialogue on civilian nuclear cooperation. Considering that LDP has a majority in the lower house of the Diet and is expected to win the election for the upper house to be held later this year, it seems likely that the deal will be concluded.

India and Japan have also increased security and strategic cooperation under the aegis of India’s ‘Look East’ policy. India aims to increase its economic, political and diplomatic cooperation with countries in East Asia, especially Japan, South Korea and Vietnam as power shifts towards the East. In this context, maritime cooperation between India and Japan has increased in recent years with the two countries launching bilateral naval exercises in June 2012 close to Japan. India has also invited Japan to hold military exercises in the Indian Ocean, and the two leaders decided last week to conduct such naval exercises on a regular basis.

There has also been a series of exchanges between the armed forces of India and Japan. Indian Army Chief General Bikram Singh’s visit to Japan in March was reciprocated the following month. Japan also plans to sell India US-2 amphibious aircraft designed for air-sea rescue operations.

Despite the increasing cooperation in strategic and other realms, India does not want to be a part of an alliance or a partnership to contain a rising China. Chinese media has raised concerns and cautioned India regarding fostering close relations with Japan. Beijing is concerned that India might become a part of the ‘arc of freedom and prosperity’ and the ‘democratic security diamond’ proposed by Abe comprising Japan, Australia and the United States. China did not miss Dr Singh’s announcement during the recent border stand-off with China that he would stay in Japan for an extra day. But Beijing also realises that it may have to be more pliant with New Delhi regarding contentious issues, especially the border dispute. India is aware that it can play the role of a swing state among great powers in Asia. However, the country’s short-term focus is on guaranteeing a peaceful environment to boost the domestic economy, while strategic cooperation with Japan is a long-term goal.

That said, India might be forced to join a US-Japanese alliance contingent on China’s behaviour. It is imperative for India and China to peacefully resolve their border dispute. Being a greater power, China should temper its stand as Chinese belligerence could be counterproductive, paving the way for India to enter into an alliance to contain China. And revitalised ties between India and Japan may provide an ideal platform for such an alliance. 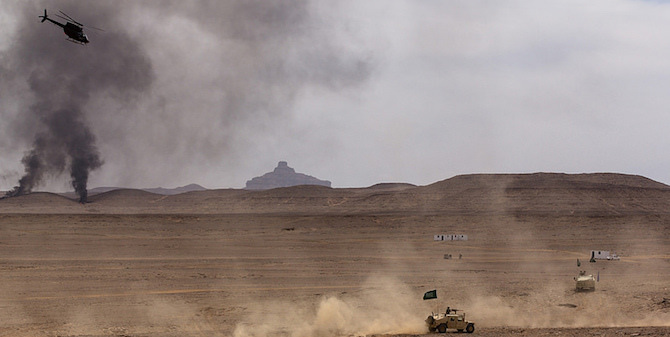