Rachel Grace Williams catches a glimpse of the life of migrant workers on Mumbai’s construction sites, and meets one woman who dreams it could be better.

In March 2011, I became an intern at Mumbai Mobile Crèches (MMC), an NGO that works with communities of migrant construction workers who live on building sites in the city. The opportunity was invaluable given my avid interest in community development; it also enabled me to work in a country that fascinated me and learn about the inner workings of a third-sector organisation that co-ordinated its programmes in conjunction with the Indian government. As a politics and philosophy student at LSE, I wanted to learn more about how different sectors collaborate in order to address community issues, and better understand the implementation of public policy. 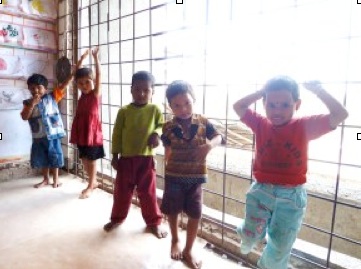 My role at MMC was to assess the effectiveness of their new nutrition scheme, analysing data from three of the creches in Mumbai. This required me to create case studies of the children and make an overall assessment of the data collected in order for the NGO to improve their outreach to construction communities.

Mumbai is amazing – colourful and fascinating. Just taking a cab ride through Colaba was enough to make me dizzy with all the life and activity rushing by. But a few weeks into my work, I began to tire of the Mumbai heat and the sprawling chaos of the city. And as a single traveller, it was difficult not to feel homesick. I never believed I could feel lonely in a bustling city, but when there is so much around you to experience and no one close to share it with, you can feel insignificant and solitary. It also didn’t help that, as a foreigner, I constantly attracted a wave of stares. It sometimes made me uneasy that I stuck out as much as I did.

One day, wound up by the annoyance of being cheated by yet another cab driver, I was flustered when I reached the MMC offices to interview one of their young employees, Manju. But the frustration I felt was soon to be replaced by shame and embarrassment as she began to tell me the story of her life and the things she has achieved despite facing many obstacles.

Manju grew up on construction sites. Her life was spent within the confines of skeletal structures, fleshed out only by the people who lived in their crevices. Both her grandparents and parents helped bring these skeletons to life, moving where their work took them, from one industrial rib-cage to another. Manju’s family depended on the process of building habitation for the upper-classes, those with enough money to live in the shining towers along Mumbai’s crooked spine. It was only after she left the world of construction sites that she realised the injustice her family had endured.

“When you live on a site,” Manju told me, “it all seems fine. You don’t have a different perspective. But after gaining exposure to the outside world, I began to see the stark contrasts.”

Manju was fortunate to attend school until the age of 16, when her family ran into financial difficulties. Once her father became ill, Manju had to take up the role of the main breadwinner of the family. At that point, she decided to pursue her long-term aspiration of becoming a teacher. Although Manju did not have any knowledge of life beyond the construction sites, she knew that employment as a teacher would take her away from the difficulties her family had faced, including the loss of one of her five siblings.

According to Manju, she first began to open her eyes to the wider world when she became a fully qualified teacher. The training she completed with MMC introduced her to many new experiences and encouraged her to be more confident – both in the classroom and in her own abilities.

Manju now credits her education for allowing her to believe she could work in a different field than that of her parents and grandparents. A large number of children on construction sites do not share this belief, despite the availability of municipal educational institutions near sites. Manju explained that, unlike her, many children cannot take full advantage of the facilities available. This is because schooling is seen as expensive, and families often prioritise the extra money that children can earn if they are not educated.

After training as a teacher, Manju took up a one-year scholarship in 2007 with Leaders Quest, a programme sponsoring women from under-privileged backgrounds in India to improve their leadership skills. Her scholarship allowed her to study the identity issues of women on construction sites, an issue relevant to her own family. Despite being in Mumbai for two generations, Manju’s relatives did not have a recognised citizenship in the city (in the form of an identity number or rations card), and therefore could not benefit from government schemes.

Now Manju is a keen MMC employee with a lifetime of experience to help the organisation in their future development. “Awareness is needed most in construction site communities,” she says. She hopes MMC will be able to help migrant workers by building a comprehensive approach to healthcare and education provision, and creating a stronger relationship with those living on construction sites. She believes such initiatives could connect migrant workers to life outside the building grounds and make them more aware of their rights and opportunities to improve their standard of living. Manju’s story is a reminder that a better livelihood could await those who toil to shape Mumbai’s skyline.

Posted In: Education | Society and Culture 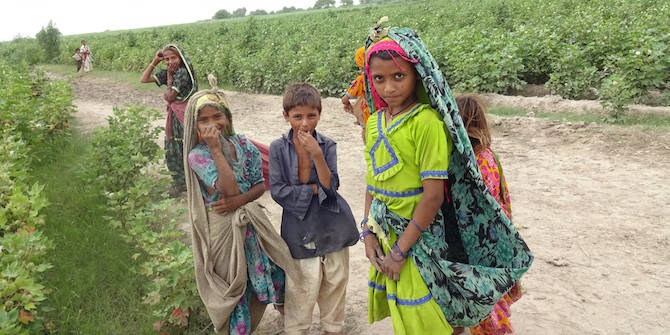