Rohit Sinha calls for MPs to develop a new framework of interaction to channel young Indians’ growing appetite for politics.

India’s population in the 15-29 year age bracket is projected to be 28 per cent of the total population in 2016—roughly 400 million youth according to projected population figures. As more families climb the social ladder and become increasingly informed, how will India’s political system connect with this new rung of voters? There are sufficient signs of enthusiasm among Indian youth about the political system; among my peers, I can see the urge to participate in the political process. But engaging the youth must be seen as a step-by-step process, involving both short- and long-term measures. 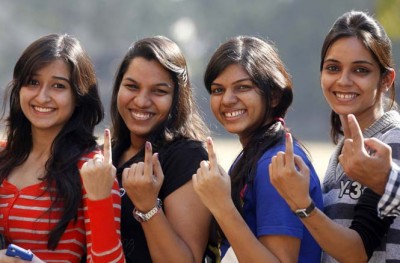 At present, the Indian political system is considered, if not fully, then a partly walled platform. Dynastic politics, nepotism, the perception that politics is a ‘dirty game’, and the apprehension of family members demoralise young people from engaging more actively in politics, and breed indifference.

The first step to counter this attitude would be to restore young people’s faith in the system, institutions, and the ability of political actors to work collaboratively on common issues. A young person may not understand the economic consequences of FDI, but she will recognise the system’s failings when Parliament is adjourned every day. She may not take it to heart when she does not get a government job, but will register the system’s corruption if someone else gets the job through a political contact. There are enough examples like these from across the spectrum. Such instances undermine public trust and are socially inefficient—feeding alienation, frustration, anxiety, and friction. They also perpetuate the kinds of stereotypes that explain middle-class families’ attitudes about the political system. Building trust requires time and that is one thing politicians will have to invest if they want to reap the benefits that will accrue from an engaged youth.

In this context, it is encouraging to see young Indians working with Members of Parliament in policy analyst or research assistant roles. This experience, for which there is institutionalised support, gives Indian youth an opportunity to interact with MPs and aid in the responsibilities of a legislator. Having worked with an MP myself, I can say with confidence that the exposure and learning is immense. My appreciation of how politicians work and manage their public duties changed, and I felt a greater sense of entitlement in the political process.

Another innovative, short-term strategy to improve youth political engagement could be the use of online polls. Social media has helped politicians connect with broader demographics. But the open-ended platform that social media provides may be daunting for youngsters who are still articulating their stand on various political issues. Newcomers to politics are also unlikely to take the initiative to approach their political representatives. This is where a snap poll becomes useful: an MP could, for example, post a poll question on the Food Security Bill on his/her website. This query could be disseminated to youth voters through a targeted social media strategy, and their responses can be analysed through back-end software. Chances are, the MP will be surprised to find that young people are extremely responsive, since this structured framework allows for participation at zero cost and time.

With general elections scheduled for April 2014, there is greater scope for youth participation in coming months. Ideally, Indian politicians should borrow a concept from American presidential elections, during which campaigns are entirely managed by young people who have taken sabbaticals from their day jobs to work on election campaigns. In India, the stigma attached to working on election campaigns is enormous, and it will take many years to change the negative perceptions. That said, there are other activities that could initiate youth into the political process in this election cycle. One such activity is election research. Young Indians could be recruited to do back-end constituency research that would inform party manifestos, and provide customised support and feedback for candidates in their respective areas.

It’s time for politicians to realise that young Indians want to engage, but they will not do so through traditional forms. It is now the responsibility of the political elite to create a new framework of interaction that will build goodwill and trust. Indian youth are driven by urgency and impatience, and politicians must productively channel that energy and incentivise engagement. Once that happens, politicians will no longer have to chase young Indians to connect with them—the youth will themselves be a significant driver of the engagement process.

Rohit Sinha is a research scholar with the Observer Research Foundation, an independent think-tank based in New Delhi. He has previously worked as a policy analyst in the office of a Member of Parliament.

Waiting for the moon: Anticipating Eid in an Indian village