Sameera Rao explores Navi Mumbai’s forgotten waterfront. This post originally appeared at Urban Vignettes, a collaborative visual-blog launched by LSE postgraduate students with the support of Urban@LSE’s Student-led Initiative Fund. The blog offers a platform for people worldwide to share and reflect upon their experiences and engagements with their cities.

In the Indian context, water is deeply meaningful. There are rituals such as the Ganesh Chaturti and Durga Pooja where the idol that is worshiped is submerged into the water on the last day of celebrations.

Navi Mumbai has sea on one side and mountains on the other. Simultaneously witnessing the energy of the water falling through the mountains and the stillness of the sea is simply magical.

During the sixteenth century, the concept of allowing the rain water to flow directly into the sea was unknown to the island city of Navi Mumbai. Water flowed from terrace to terrace and finally into tanks where it was stored for drinking and other purposes.

But once the rivers were discovered, the city was transformed into a city that flooded, with fatal consequences on July 26, 2005. In spite of the floods, even today, rains are celebrated in the city. There have been times when the showers have been delayed, and people carried out elaborate prayers to please the rain god and bless the city with the monsoon showers.

Navi Mumbai was first conceptualised as being connected to Mumbai by waterways. For this purpose, the hovercraft was introduced in early 1990s so that people from Navi Mumbai could reach the Gateway of India in 30 minutes. However, this system was halted within a few days. Some say this was because of missing last-mile connectivity, while others feel an internal force ensured the system was hampered.

Navi Mumbai is an island city and the seafronts are the public spaces of the city. But for some reason, these sea fronts have lost their essence, and the culture of spending long hours staring at the sea is now nonexistent. Thankfully, efforts are now being made to restore the waterfronts and preserve the mangroves along the sea shores in the city.

Sameera Rao is a resident of Navi Mumbai and is fascinated by the various concepts of urban living. With a bachelor’s degree in Architecture from India and a master’s in Landscape Architecture from the United States, she is eager to explore the diversities of cities. Featured article from Urban Vignettes. 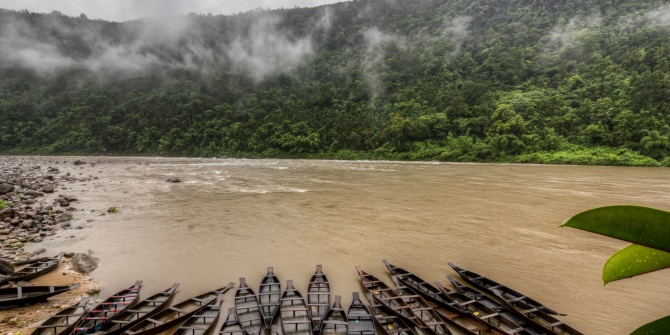 Bad Behavior has blocked 901 access attempts in the last 7 days.