The Indian Parliament has finally passed a new Land Acquisition Act. Problems with land acquisition have been cited as one of the major reasons behind the growth slowdown. A rational, practical and just framework for eminent domain (the power of the state to seize private property without the owner’s consent) was badly needed. What we got falls way short.

How much compensation is ‘enough’?

By far the most significant factor that has triggered protest and violence is dissatisfaction with compensation amounts. The colonial era law that governed acquisitions till now specified compensation at local market price as reflected in circle rates (the minimum rate decided by the government for the valuation of land) or recent sales. Resistance all over the country leaves no room for doubt that this is inadequate. The question is: how much is enough? 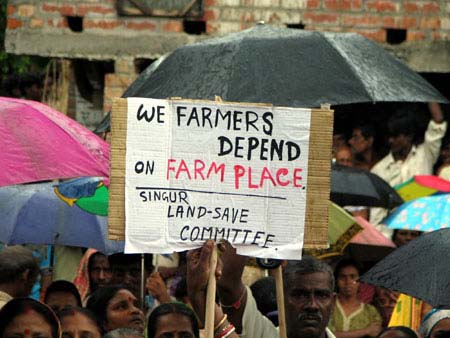 The answer can only emerge from a thoughtful appraisal of land markets and asset pricing. Instead, the government rewrote the law based on pure guesswork, kept changing its ad hoc formula as it came under opposing pressures from farmer and industry lobbies, and has decided that pro-poor rhetoric is the best defence of its legislative efforts instead of actual reasoning.

The big problem is this. Compensation is now supposed to be two times the market price in urban areas and up to four times in rural areas. Why use these mark-ups? What is the underlying logic that led lawmakers to these particular numbers? If the mission is to make farmers rich, why not 10 times the market price or 20? Indeed, the first draft of the bill that the National Advisory Council (NAC) trotted out used three and six as the multiplication factors. What made them change their minds?

What is remarkable is that in the more than two-year period that the land acquisition bill has been doing the rounds, we have never seen any explanation of the economic rationale behind this mystifying formula. Since compensation is the heart of the matter, this should have been the topmost item of discussion.

What does the new law mean for industry?

Varad Pande of the Ministry of Rural Development has argued the new law is not anti-industry. If the new law is taken at face value, private projects (which most industry initiatives are) will have to acquire land through the market. The new compensation rules should have no relevance for them. Perhaps deep down, the government is aware that due to high transaction costs, big industrial projects will never materialise without the help of eminent domain.

Be that as it may, Pande makes no attempt to argue that two or four times the market price is right. We have previously discussed in an I4I column the numerous problems that arise when compensation is based on records of recent land transactions. We will not rehash all of them here. Let us focus on two issues. A lot of the unhappiness arises when people who are forced to give up land see their neighbours getting rich as land prices go through the roof after the factory or industrial hub is set up. They want to have their windfall too. A fair compensation mechanism should be forward looking and not based on historical prices that have little relevance to the new economic landscape.

Well, that is why we have jacked up the amounts, the government will say. But the magnitude of price increase will vary a lot depending on the nature of the project. A factory or Special Economic Zone (SEZ), by attracting all kinds of ancillary industries, could inflate prices several fold. A highway or railway line passing through a lonely farmland will not have that kind of impact. The Act wrongly assumes the same mark-up will serve well in all cases.

The second point is that land markets in India are highly imperfect; prices could be very different had they worked smoothly. You get this from no less an authority than the Minister for Rural Development, Jairam Ramesh, and his aide Muhammad Khan. In their article in The Hindu, they defend eminent domain on precisely this ground: “The State must have a role in acquisition given that land markets are highly imperfect in India and given that there are huge power and information asymmetries between the buyers and sellers of land.” Why these imperfections are remedied by applying a correction factor of two or four is never explained.

The ‘correct’ price of land

This arbitrary dictated price wasn’t the best solution available. As we have explained elsewhere at length, there is a way to ‘discover’ the relevant, contemporary and true price of land in the acquisition area by holding a large-scale land auction. Farmers submit asking prices for their land and the government buys up scattered plots roughly equal to the acreage it needs without resorting to coercion. The purchased plots can then be consolidated by compensating non-sellers with land purchased outside the project area and paying sellers in cash at the auction-determined price. Several economists expressed roughly similar ideas in an earlier land acquisition debate.

If this method was adopted, farmers could have incorporated the anticipated post-project land price inflation in their asking price. Those with great dependence on land could end up being compensated in land instead of cash. You wouldn’t have to divine how the price thrown up by an ‘imperfect’ market needs to be adjusted – the auction would simulate the market. Power asymmetries would be tamed by empowering the farmer to determine the price of his own land, information asymmetries would be overcome by leaving it to the people who have information.

Of course, administering an auction and arranging plot reallocations would require time and administrative resources. Reading the Act, one doesn’t get the sense that the drafters are passionate devotees of minimalism and brisk turnover. Project approval under the new law has to clear several layers of committees operating without concrete criteria (Pande points out they will be time bound – thank God for small mercies!) The Minister’s medicine, in any case, has little to do with his diagnosis.

To government watchers, this should come as no surprise. The main framework of the Act was put in place by the NAC. Once that template was done, all that the other players (the Cabinet, Standing Committee, Ministry and Parliament) could do was fiddle with the parameters. Ramesh’s ministry had the role of advocate and cheerleader, not author. Everyone knows that under the United Progressive Alliance (UPA) government, most legislation emanates not from the cabinet but the kitchen cabinet.

The NAC is packed with civil society activists and former bureaucrats. There are very few economists, business leaders or financial experts in to lend some balance. Its ideological leanings may have served it well for something like the Right to Information Act, but the NAC was out of its depth when it started dictating complex economic policy. Pande suggests that the new law, having left both farmers and industrialists unhappy, must have struck a fine balance. The NAC’s own member, N. C. Saxena, has a very different take: “The bill is anti-farmer and anti-growth, but certainly pro-civil society!”

The muddle is evident throughout the Act. It begins by stating that the new law seeks “an improvement in [affected persons’] post acquisition social and economic status”. Why then all the fuss about restricting its use to projects with a “public purpose”? If farmers are forced into improved “social and economic status” to make way for a car factory or shopping mall, who expects them to go on a rampage? Either there will be no victims of eminent domain, or the greater common good is needed to justify the sacrifices it demands of some citizens. It can’t be both. The Act is written by people who just love to stack up pieties, with no patience to spot contradiction or redundancy.

Or take the restrictions on acquisition of multi-cropped land. Food security is important but so is industrialisation. How should we decide when to allocate a scarce resource like land to promote one objective or the other in one particular place?

One way is to let producers of food and industrial goods bid for the resource – whichever is socially more valuable should emerge as the winner. Another way is to let a politburo sitting in Delhi arbitrarily pick a winner. The limit on multi-cropped land (softened though by the usual loophole of extenuating “extreme circumstances”) turns agriculture from one of many valuable productive activities into a holy cow.

The truth is that the NAC crowd is reflexively anti-market. It has no appreciation of the delicate role prices play in aggregating information and channelling resources to their best use. It brings a welcome egalitarian bent to government policy and champions welfare schemes for the poor, but it also approaches every complex problem with firm preconceptions and a mind-set of centralised planning. Good intentions often do not make good policy. To borrow the words of Saxena again, the NAC dignitaries legislate “with their hearts and not with their brains”. Unfortunately, it has enjoyed a near monopoly on legislation within the UPA.

Will the new law reduce protests? You can bet it will. A law which set compensation at hundred times the market price would have reduced protests too, but primarily because there would be no new investments to protest about. This ill-conceived legislation fails to strike a judicious balance between growth and justice. It is a lost opportunity.

See the rest of the debate on the Land Acquisition Act at the Ideas for India blog. 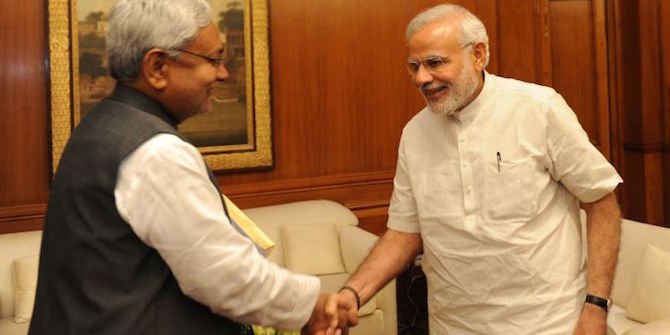 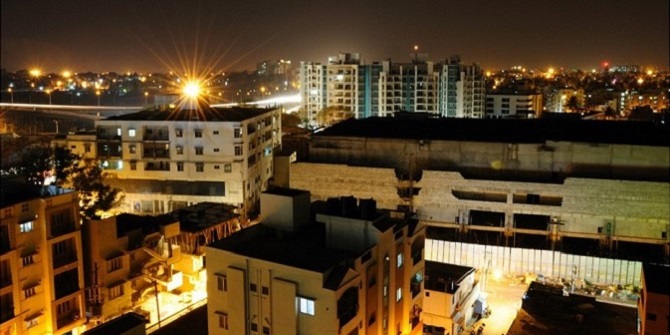 Bad Behavior has blocked 2940 access attempts in the last 7 days.