Daniel Large explains why Indian government and businesses are increasingly prioritising engagement with different parts of Africa. This post is an excerpt from “India’s African Engagement”, a chapter in the recent LSE IDEAS report on Emerging Powers in Africa. Click here for all India At LSE coverage of India-Africa ties.

India is now more widely seen as important in Africa, even if it remains upstaged by China. However, Africa is not the priority for India that many assume, or might appear to be, if New Delhi’s rhetoric is taken at face value. India has more important foreign policy priorities, grounded in its regional neighbourhood and the considerable domestic challenges facing the world’s most populous democracy. Nonetheless, Africa has become a more important engagement for the Indian government and especially Indian business, which has led the way in actively engaging different parts of the continent. 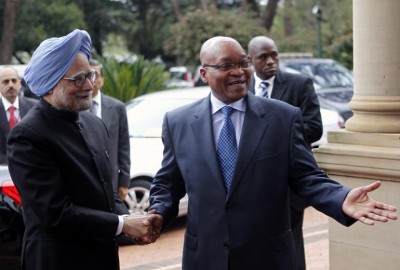 The main drivers of India’s relations with Africa feature an assorted mixture of inter-related political, strategic and economic factors related to its national and international ambitions. While such drivers can be ascribed to the government of India and its foreign policy, the term ‘India’ clearly encompasses a much more complex set of internally diverse actors. Despite efforts to enhance the coherence of India’s engagement, these do not always cohere in the pursuit of common goals. This is indicative of how Indian relations with Africa now mix government engagement with various other actors, to which Indian business is central.

A defining overarching driver is India’s pursuit of strategic autonomy in new, global circumstances characterised by economic interdependence and the pursuit of status and influence in the international system. The ideal of strategic autonomy, which reprises the old doctrine of non-alignment, has recently been the subject of much debate but continues to be promoted as the core of a renewed Indian global engagement seeking to ‘enhance India’s strategic space and capacity for independent agency’.

Such an aim is couched within efforts to forge a new India’s historic promotion of its own form of alternative universalism based on the moral and democratic political credentials pioneered by modern India’s founding fathers, like Gandhi, Nehru or Ambedkar. India has sought to develop and pursue a long-term strategic partnership, while at the same time following other bilateral foreign policy objectives.

One area where this is seen, if not always publicly acknowledged, is in India’s relations with China. Made more competitive and compelling due to neighbourhood proximity, these have developed into an unstated form of rivalry projected onto Africa. This motivation for India’s Africa policy has been especially important in the process whereby a formerly distant continent has come to be more noticed within India by a slightly wider, though still restricted domestic audience. Only in the last decade, especially since 2008, have more people within India started to take an interest in Africa, a process significantly catalysed by China’s visible irruption into the continent after the globally visible third Forum on China-Africa Cooperation (FOCAC) in Beijing in November 2006.

Second, India pursues wider international objectives via its African relations. Africa features in India’s efforts to position itself as an aspiring smart power with global reach, trying to reconcile global aspirations with its domestic developmental imperatives and the need to balance development assistance with the promotion and expansion of its own interests in Africa. New Delhi’s commitment to reforming and democratising international relations dovetails with its aspiration to become a permanent member of the UN Security Council. Africa is seen as a support base for this ambition, mirrored by India’s support for the Security Council’s ambitions for key regional African states. Collaboration with Africa is also bound up in India’s wider international roles in other senses. This is seen in India’s contribution to international peace and security via its active UN peacekeeping role in Africa, from which India can claim and receive credit.

Third, economic interests are a further and important driver in India’s relations with Africa. Energy security clearly demonstrates this point. Holding 0.3 per cent of the world’s total oil reserves and a fifth of its population, India has been importing on average more than half of its crude oil needs since 1965. The ‘India Hydrocarbon Vision 2025’ of February 2000 called on India ‘to assure energy security by achieving self-reliance through increased indigenous production and investment in equity oil abroad’. While outlining a greener, cleaner India using renewable energy, oil was at the core of this vision, galvanising efforts to find new overseas sources. India’s dependency on foreign oil stood at around 75 per cent in 2010 and was projected to rise to 90 per cent by 2025. As a result, it is compelled to engage resource endowed African states to continue its economic growth.

Finally, a related factor concerns the geostrategic propulsion behind India’s mounting interest in and engagement with the strategically important African Indian Ocean Rim. India’s maritime doctrine, published in 2004 and revised in 2007, spelled out the immense importance of the Indian Ocean to India’s security and economic development, manifest in the high dependence upon seaborne supplies of natural resources (for instance, nearly 90 per cent of its oil supplies are seaborne). New Delhi’s quest for natural resources – especially oil and natural gas – to power continued economic growth renders its interdependence with overseas supply sources a strategic matter.

For more information on this topic – including an analysis of how the government of India has sought to develop its African partnership, and how Indian business has been at the forefront of recent relations – see “India’s African Engagement”.

Click here for all India At LSE coverage of India-Africa ties. 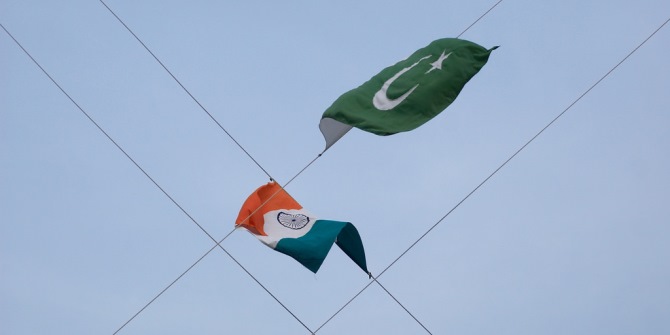 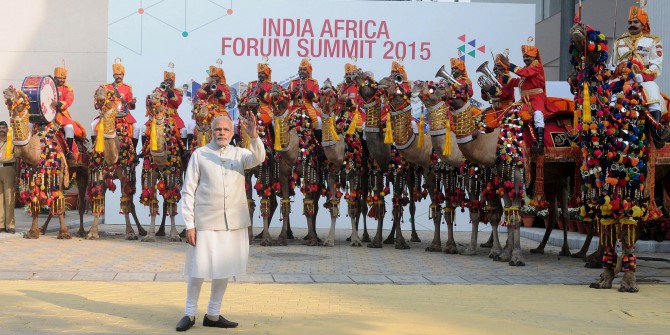 Bad Behavior has blocked 662 access attempts in the last 7 days.