The populist politics of the Aam Aadmi Party

The populist politics of the Aam Aadmi Party

There can be no doubt that Aam Aadmi Party’s (AAP) entry has resulted in increased electoral competition in India. During the December 2013 Delhi Assembly elections, the common man sent a message and gave the new party 28 seats. After a few days of political drama involving an SMS poll, AAP’s leader Arvind Kejriwal declared that with the “outside” support of the Congress Party, he would form the government in Delhi. 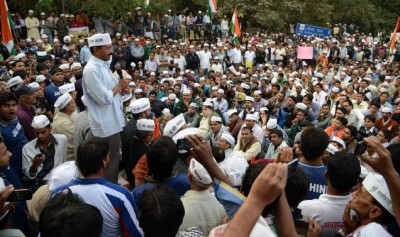 Having campaigned on an anti-corruption platform, the AAP gained traction when the Lokpal and Lokayuktas Act, which creates an anti-corruption ombudsman, became the first law made in India this year on 1 January. Not surprisingly, the AAP promptly promised to give Delhi an effective Lokayukta. This week, the party enacted another populist move by reversing an earlier policy and disallowing foreign direct investment (FDI) in Delhi’s retail sector. With this, the AAP seems well poised to set the agenda for the upcoming general elections.

Kejriwal is already at the forefront of opinion polls, with some quarters clamouring for his appointment as the prime minister in 2014. In September 2013, an India Today Group and CVoter poll found that 9 per cent of first-time voters wanted Kejriwal to head the next federal government. However, earlier this month, the Times of India reported that in a survey of India’s eight most populous cities (the January 2014 TOI survey) – Delhi, Mumbai, Kolkata, Chennai, Bangalore, Hyderabad, Pune and Ahmedabad – 25 per cent of respondents claimed to want to see Kejriwal as the PM in 2014.

Though Narendra Modi of the BJP continues to lead the January 2014 TOI survey, it is increasingly seems evident that his ‘anointment’ is no longer a foregone conclusion: 44 per cent of survey respondents stated they would prefer voting for the AAP over the mainstream parties in the upcoming Lok Sabha polls, while a further 27 per cent maintained their vote would depend on the candidate from their constituency. Most crucially, only 29 per cent of the people stated they would not be voting for AAP in any event. Urban voters are sending a clear message to Modi: their vote matters and they are demanding a new culture of politics.

Notably, the heir apparent of the Congress Party, Rahul Gandhi, has been summarily rejected by voters, at least for the time being. An online poll conducted by Ibnlive.com shows Gandhi receiving less than five per cent of the people’s votes versus almost 33 per cent for Kejriwal and more than 60 per cent for Modi. The comparatively high support for Kejriwal indicates that urbanites have connected with the AAP in an unprecedented way.

This is because the AAP has successfully provided the disillusioned urban voter with a platform and produced candidates with which the constituency can identify. The historically high 66 per cent voter turnout in Delhi last year, with voting continuing for more than four hours after the 5pm deadline, is demonstrative of a renewed enthusiasm in the urban areas, for which some credit should go to the AAP. However, AAP’s continuation of the culture of subsidies, freebies and populist policies (case in point, the reversal on FDI) may not go down well with voters who feel the focus of the central government should be on promoting market-based economic development. Further, AAP may not be ready to lead the nation as is evident in the party’s lack of clarity on social, economic and foreign policies.

In the upcoming general elections, the urban vote is likely to be split between the promise of strong leadership and economic development that the BJP offers and the AAP’s assurances of a corruption-free India. In any event, Indian politics has only gained from the emergence of this new political force, which seems to be effectively representing the aspirations of its namesake, the aam aadmi.

Mitali Nikore is a New Delhi-based economic consultant. She completed her master’s degree in Economics at LSE in 2012, and previously worked as a consultant at the United Nations and World Bank.

Bad Behavior has blocked 1062 access attempts in the last 7 days.