As the world’s largest democracy heads to the polls, LSE academics Mukulika Banerjee and Sumantra Bose debate why Indians vote, how this election will differ from previous ones, and what other democracies can learn from India. Read Part One of this e-debate here.

What issues will inform voters’ choices during this election?

Sumantra Bose: The UPA-II government led by the Congress is seen as a comprehensively failed government across the country. If you ask an average person why they are angry, they’ll point to the economy. The economy has not tanked by post-2008 Euro-Atlantic standards: the annual growth rate is still 4-5 per cent. But growth has halved in the last three years, and there’s widespread disappointment that the “India rising” story has been punctured. Sections that are particularly disaffected – such as younger voters who have higher expectations of their country and their own prospects – cannot tolerate a moribund economy. They believe India could do better. For the middle class, and even more for poor people, a key issue is inflation in food prices. In past elections, food price inflation has had devastating consequences for incumbent governments and failure to check this for the last three years is going to hit Congress very hard. 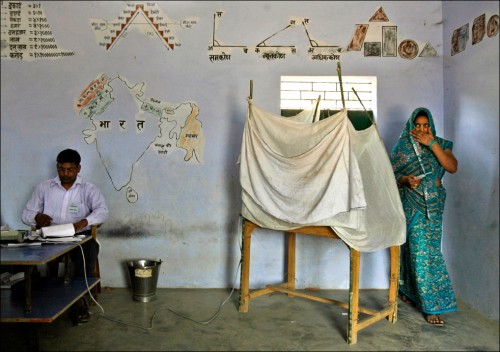 Mukulika Banerjee: I agree with Sumantra that food price inflation is an issue every aam aadmi is touched by, but I’m not sure that growth rates are a key electoral issue. The question the voters are asking is why is there food inflation? And now they have some answers because of the number of enormous scams that the UPA II government has been involved in. The absolute naked greed of the government has become a major issue. Greed of that kind is unacceptable if not accompanied by some service delivery. The fact that scams have dominated the news about UPA II means that for the first we’re having public discussions about crony capitalism, corruption and the corporate-political nexus. For the first time, people like Mukesh Ambani are being named for buying politicians, buying media time. These revelations are making people ask new questions about why fuel prices are what they are. These could become bigger issues that could impact how people vote, but that will depend on how much information can be circulated given that the so much of the media is lazy and compromised.

It is also said that people vote in the Lok Sabha elections as if they were voting in state elections. As such, these elections are a report card of how state-level governments are performing. Thanks to higher economic growth in recent years, the amount of money coming in to state governments has also been higher. In some states, like Bihar, you see increased public expenditure at state level bearing fruit. As such, performance or non-performance of state governments will also be a factor in how people vote.

Bose: Mukulika is right that growth rates are not important per se, but the implications of lower growth rates – such as the drying up of job creation – will matter to voters.

The scams too will matter because they have become the ultimate symptom of a sick government and a non-performing prime minister. For the past decade, the prime minister, Manmohan Singh, has not been the most powerful person in the country; Sonia Gandhi, the Congress party’s leader, has been the final authority. This is at the root of the outgoing government’s problems. Big corruption scandals are nothing new in India—for example, Congress lost the Lok Sabha elections in November 1989 partly because of the notorious Bofors case. But at no other time in India’s corrupt past have the top echelons of government seemed so completely incapacitated in the face of one high-level corruption scandal after another. This suggests incompetence at best and complicity at worst.

The governance issue is not as simple as Mukulika suggests. For example, most people in Bihar, the populous northern state, agree that the governance record of the state government led by Nitish Kumar, the chief minister, is good to very good. Yet Bihar is witnessing a Modi/BJP wave in this election and Kumar’s regional party is likely to fare poorly. Meanwhile in Madhya Pradesh state in north-central India, the BJP is likely to sweep the polls not so much because of the Modi factor, but thanks to the impressive governance record of Shivraj Chouhan, the state’s BJP chief minister. So while Chouhan is being rewarded for his governance record in Madhya Pradesh, Kumar is not reaping the dividends in Bihar. It seems there’s something complex going on, a mixture of national and state-level dynamics that can only be explained once the results are known in mid-May.

If there’s a national factor at work, it’s the desire for stability at the centre. If a stable government cannot be formed in New Delhi, it adversely affects everyone at all levels of society.

What could other democracies learn from India?

Banerjee: Let me say make three observations on this point. First, understanding why Indians vote can offer great insights into why democracies work. The high levels of electoral participation by the most unexpected levels of population are an enduring surprise in India. When India chose to be a democracy, people thought it was a historic blunder. But democracy has captured the imagination of the Indian people and knowing why should be of global interest. 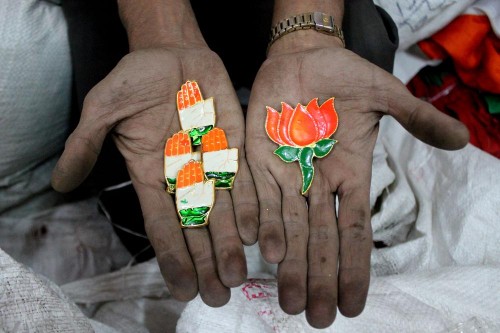 Second, Indian democracy highlights that coalition governments are not a recipe for disaster and that there are many democracies in the world that have stable coalition governments that see their terms through. There was so much nervousness when Britain had a coalition government come in, but that would not have fazed Indians. Coalition governments do bring attendant compromises and accommodations. This is a huge challenge that creates a different kind of political dynamic. But given the vast array of people in India, it’s the only way to manage diversity.

Third, if I take Sumantra’s message as true and suppose that we do indeed in the name of stability elect BJP’s Narendra Modi as the next prime minister, then the world will have to watch India very closely to see what an intolerant and authoritarian government voted into power can do. Parallels are already being drawn with other democratic settings in which people voted for stability and got fascist governments. Modi is not an unknown entity. He has ruled a large state in India for three terms, and we know how politics is done under Modi—we know what spin can achieve. After all the hype, the truth is starting to come out about crony capitalism and the high cost of the Gujarat development model. We’ve already seen growing intolerance in public conversation about what you can say about Hinduism – think of Wendy Doniger’s book being banned – and what impact government-backed vigilantism can have on gender issues.

Bose: The world can learn that the robustness of Indian democracy comes from “bottom up”—it’s deeply rooted. India’s democracy has a multi-tiered structure, and elections to the national parliament are just the top layer. The state-level elections and institutions are probably the most important in an era of federalisation of politics. And at the lowest level, India’s democracy is rooted in panchayat institutions throughout rural India, elected in energetic contests. There are mandatory quotas for female representation of either 33 or 50 per cent – varies across states – in panchayat posts, as well as in municipal assemblies and governments in cities and towns. All this helps foster a sense of participation.

But India’s real watershed election may be a few years down the road. This national election has become dominated by the massive anti-incumbent mood and the desire for a stable government to replace the Congress-led coalition. This is the context of Modi’s apparent appeal to many Indians. The office of the prime minister of India has been degraded over the past decade in an unprecedented way. It’s in this context of a toothless – at best ineffective and at worst absentee – prime minister that the projection of an apparently strong-willed, decisive alternative figure has acquired some traction. Modi’s rise has much more to do with the discredited decade-long Sonia/Manmohan regime than with Modi’s claimed qualities. While Singh’s tenure was meant to facilitate the rise of Congress scion Rahul Gandhi, Sonia’s son, it may instead have facilitated the rise, in the short term, of Modi.

Mukulika Banerjee is an Associate Professor in Social Anthropology at LSE’s Department of Anthropology and author of “Why India Votes?”.

Sumantra Bose is Professor of International and Comparative Politics in LSE’s Department of Government and author of “Transforming India: Challenges to the World’s Largest Democracy”. 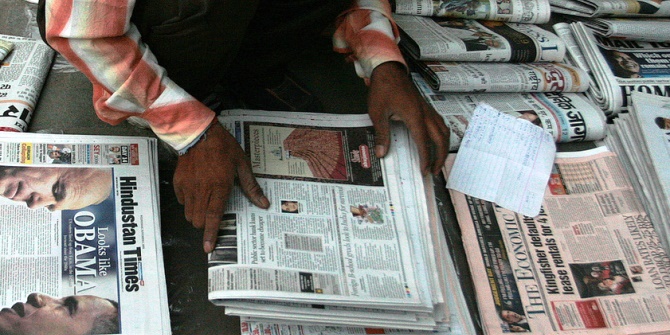