Jayaraj Sundaresan describes how local political networks, neighbourhood groups and the everyday state challenged the expert knowledge that informed the 2005-2015 Bangalore Master Plan. Click here for Part One of this post, in which Sundaresan challenges the reliance on international theories and consultants when it comes to planning Indian cities.

Given that the land values doubled in many parts of Bangalore between 2000 and 2005 and that the 2005-2015 Bangalore Master Plan regulated the development potential of land, the plan was one of the most sought after planning documents in the city’s history. During my PhD fieldwork, which I conducted in Bangalore between 2008 and 2010, I learnt that the Planning Authority ran out of copies of the Master Plan within a very short time owing to high demand, and that unauthorised copies of the Plan were sold on the street. 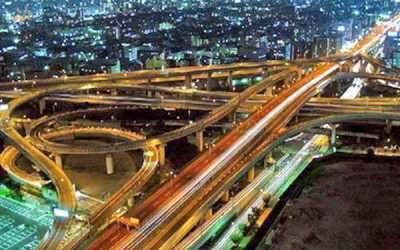 Considering how the ‘expert planning knowledge’  has been challenged by the ‘lay knowledge’ and practices of everyday politics that constitute urban life in India in the case of the 2005-2015 Bangalore Master Plan is useful to understand how urban planning processes are the most contested but seldom recognised aspect of urban conflicts in everyday life. Let me draw on three examples from my field research to make my point.

First: many administrators and planners who were involved in the process directly or indirectly narrated instances when the land use category of many land parcels changed overnight inside the master planning consultant’s office beyond the control of those in charge. Local political networks had, it was clear, enough access to the secured deep database of a corporate entity. In other words, the private company in charge simply could not make the planning process immune to ‘local influences’. What ever happened to the desire of ‘glocal’ elites who were instrumental in instructing the French company to prepare the Master Plan in order to keep local influences at bay using state-of-the-art knowledge?

Second: after the French company submitted the final draft of the plan to the planning authority, it took two years for the authority to release the adopted Master Plan, and that too with considerable changes to the draft. In these two years, the plan lived a full life inside the authority’s offices, transforming itself to suit the requirements of all those who had access to the document. When I asked a government planning officer in 2010 how they would justify the changes, I was told: “SCE had all kinds of names for land use reservations called mutation corridors, valley zones, [etc]; valley zone is not a legal land use category.  Show me that in the KTCP Act [the Karnataka Town and Country Planning Act 1961, which acts as the legal framework for master planning in Bangalore]. The plan was itself illegal.” The officer argued that the changes were made to make the consultant’s plan more legal and practical to suit the everyday realities of Bangalore.

Third: upset by the various proposals in the Master Plan, a local activist collective questioned the expert consultants’ credibility and their understanding of Bangalore. As one local activist I interviewed in 2010 put it: “How can they give the plan to a French company? Because you took Paris as an example? Paris is Paris, yaar;  Bangalore is Bangalore. Two different sets of people and situations. They didn’t even know basic things. Their facts were totally wrong. After we started asking questions, somebody very responsible from the SCE told us, gentlemen, please don’t ask me questions, I was asked to do this. I was told it will be done like this. Please excuse me, this is the most dishonest job I have done. I was asked to do it.”

The unsatisfied activists collectively designed a questionnaire and conducted a local public consultation on the Master Plan proposals within their neighbourhood. They collected more than 372 feedbacks from the local residents. Further, they employed paid consultants to prepare the potential impact of the draft Master plan proposals on the traffic and the environmental assets in their neighbourhood. With this, they questioned the rationale of the environmental plans, land use zoning strategy and the traffic plans. Armed with these, they filed Public Interest Litigation against the Master Plan at the High Court of Karnataka.

The petitioners argued that the Master Plan is unscientific, haphazard, and illegal and made without any application of the mind. After many hearings the court in 2012 declared that the mixed land use strategy proposed in the Master Plan – which permitted commercial developments in residential neighbourhoods – was to be annulled. The court directed the local authority to revert to the land use zoning strategy that was in force before this Master Plan (see more here). It seems that neither the court nor the people who petitioned against the Master Plan agreed with the ongoing orthodoxy of mixed land use, compact city, and integrated planning of the expert’s planning knowledge. Perhaps the virtues of mixed land use needn’t be taught to an urban spatial culture that is already more compact and mixed than the cities in which such normative planning knowledge developed.

Why was this sophisticated planning exercise challenged at every stage by a range of actors from the local political networks and neighbourhood groups to the highest legal apparatus of the state? Likely because of the naiveté of planners who believe that urban planning is a techno-managerial exercise whereby master plans are devised under controlled conditions for an abstract idea of ‘the state’. In this abstract state, top-level decision makers and experts make plans that are implemented through the structures of the bureaucratic efficiency.

The real locality, its everyday people and politics, is a distraction in that approach. However, the state in India does not work in such a manner that the expert master plans can be implemented. Political networks at many levels influence the culture of governance right from policymaking through to implementation and enforcement. So should one restructure the political culture of about 8.5 million people to fit the plan, or re-imagine the experts’ planning ideology? Ironically, the Master Plan itself acknowledges that it cannot be implemented based on the current institutional architecture of planning in Bangalore. The conclusion states: “[This] Master Plan introduces some major innovations in urban management. Its implementation needs a new urban regulation mode through an improved control of urban development process and city transformations. It involves operational, anticipatory, realistic and flexible urban planning, which entails significant modifications of city planning practices” (emphasis added).

In other words, the plan was neither made to suit the existing structures of governance nor the local political realities. What is more perplexing is how international planning consultants gain a foothold at a juncture in planning history when many versions of planning theory emphasise the need to understand planning as a locally embedded and responsive process. This process approach to planning is essential to enable the development of planning frameworks and practices that would suit the local socio-political realities and governance cultures of specific contexts. In this context, conflicts over so-called expert knowledge are progressive and are essential in the process of developing locally relevant planning practices–the plan makes a mess of everyday urban life, so why not mess up the plan too. Given the new national government’s urban ambitions and the fact that a new consultant has already been appointed to update the Bangalore Master Plan, it is essential to have a conversation about distinguishing between the usefulness of the plan and planning as a locally embedded process in Bangalore and throughout India.

Dr Jayaraj Sundaresan completed his PhD in Regional and Urban Planning Studies from LSE’s Department of Geography and Environment in 2014. His PhD dissertation is titled “Urban Planning in Vernacular Governance: Land use planning and violations in Bangalore”. 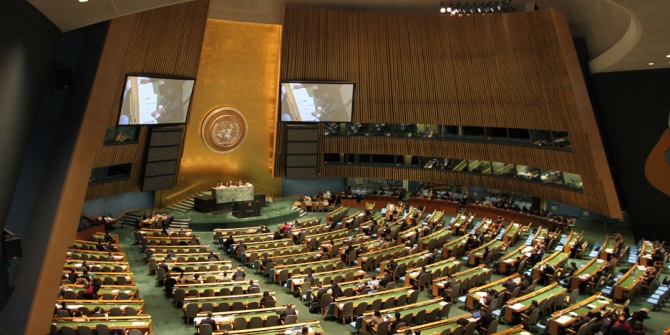 Bad Behavior has blocked 4341 access attempts in the last 7 days.