Penny Vera-Sanso explores the successes that the Right to Food Campaign and others have achieved in pushing for pensions and greater security for older people.

India is home to around 104 million people aged over 60. Despite producing at least 50% of India’s GDP and despite contributing to the 4.5% growth rate – 90% of workers in India are trapped in low paid, insecure and pension-less work.

So, it is good news that, after many years of side-lining, social pensions returned to the political agenda; appearing on the manifestos of several national and regional parties during the 2014 election campaign.  This is a giant step forward but not one that is widely publicised.

India is a deeply divided and unequal country, but if you want to see another side to India, one which promotes collaboration across socio-economic and cultural diversity, and one that is likely to have a positive outcome for older people, you would be hard pressed to find a better example than the campaigns that are pressing for a pension revolution – the Pension Parishad and the Right to Food Campaign.

In March this year, the 5th National Convention of the Right to Food and Work Campaign was held. Over 2000 people participated from across the country. It is a side of India that rarely hits the headlines; a side where differences of caste, class, religion, education, gender, age and able bodied-ness make no difference.

Held outside Ahmedabad in the grounds of the Dalit Empowerment Centre, a training centre for India’s most stigmatised castes, the Right to Food and Work Campaign transformed unpromising scrubland into a colourful covered meeting place for people to come together to discuss their concerns and formulate solutions on which all would campaign. For this convention, having secured the enactment of the National Food Security Act in 2013, the RTF was expanding its campaign to issues of food sovereignty and security measures that go beyond food distribution. I participated in the Pension Parishad workshop where almost all participants were women. When asked where the men were the women answered, as one, ‘At the food ration workshop’. And this was where I found them  – a perfect demonstration of how people were ensuring that they covered as much common ground as possible by participating in the framing of strategy and taking it all back home to their local organisations.

But this convention was just one of the proud moments of a campaign which began its journey many years earlier.

How did it start?

First, in 2001 when people were starving and farm animals were dying in six drought-ravaged states despite surplus stocks in government grain stores and the exportation of animal feed, a public interest litigation was filed in the Supreme Court by the People’s Union for Civil Liberties, Rajasthan. The writ petition against the Government of India was for its failure the meet its fundamental obligation under Article 21 of the Constitution of India to protect life. This quickly spread to a national level alliance of diverse groups and individuals that came together to support each other in a common effort to secure basic human rights –the right to food and work as critical steps in ensuring the right to life and dignity for everyone in India. In April 2002, for example, a day of action was instrumental in persuading several governments to initiate cooked mid-day meals in primary schools, in June 2005 a 50 day touring campaign of India’s poorest districts prompted the immediate enactment of the Rural Employment Guarantee Act (2005) and the campaign has continued to work with the Supreme Court on the public distribution system, the national maternity benefit scheme and the integrated child development scheme, amongst others.

This led to thousands of older people across the country participating in rallies, including occupying Delhi’s streets for 5 days in March 2013 and 25 days in Nov-Dec 2013. But they were not alone, they were joined by, and themselves supported, campaigns for widow’s pensions, disability pensions and pensions for sex workers and transgender people.

The Right to Food Campaign uses all democratic means available to secure widespread support for the right to food and work and, latterly, the right to pensions. The Supreme Court has been moved (see action taken here), political parties lobbied and the media engaged. Alongside policy change, the Right to Food Campaign monitors local level implementation of government schemes, using the Right to Information Act (2005), which its members had campaigned for. Specific campaigns – to extend the public distribution system (that provides families with subsidised basic foods), to enforce schemes supporting breast feeding and free cooked mid-day meals for school children and older people – have created a comprehensive, cradle to grave campaign seeking to overcome endemic hunger.

There’s much to be learnt here but what I like most is: first, that despite deep social divisions people will come together to fight for their own and each other’s rights and second, that older people are both willing and capable of fighting for their own and others’ rights.

An earlier version of this blog is available on the Age UK blog.

Penny Vera-Sanso is Senior Lecturer in Development Studies and Social Anthropology at Birkbeck, University of London. 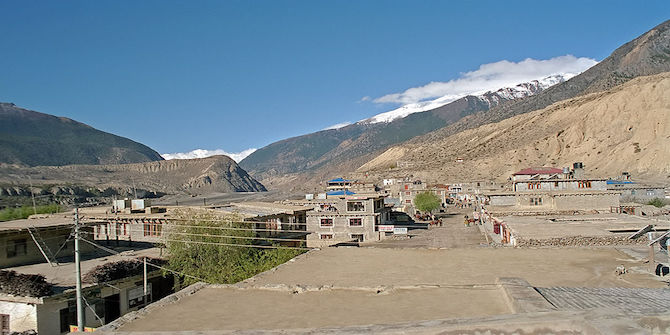 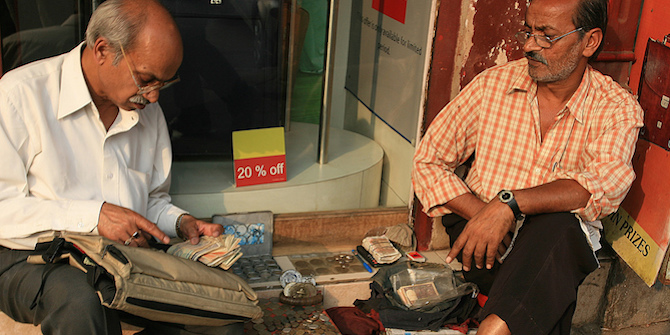 Bad Behavior has blocked 1023 access attempts in the last 7 days.