David Lewis, Dennis Rodgers, and Michael Woolcock discuss the depiction of development in film and outline some of the potential pitfalls associated with film as a representational medium for development concerns.

In recent years, relatively popular films such as Blood Diamond (2006) and The Constant Gardener (2005) have told stories that attempt both to entertain and to engage audiences with important global development issues. What is distinctive about how development issues are rendered in such films, as compared to scholarly publications and policy reports?

Our recent chapter aims to introduce the subject of cinema and development as a potentially fruitful area for future research. We draw on a range of personally selected historical and contemporary examples of dramatic (rather than documentary) forms of film in order to explore the power and limitations of cinematographic representation as an(other) authoritative source of development knowledge.

Few feature films have been concerned directly with development interventions or projects led by NGOs. More common are films that engage tangentially with a variety of broader development issues – war, conflict and violence, humanitarianism, commerce, poverty, politics and more – as part of their setting or plot. One trope that emerges frequently, however, is contentious interaction between people from rich and poor countries. Indeed, the divide between rich and poor – or more precisely, between Westerners and “locals”, as most of the films we discuss tell their stories from a Western point of view – is arguably the key concern in most films that can be categorised as “development films”. Recent films such Blood Diamond (2006), The Constant Gardener (2005), The Hurt Locker (2008), or even Casino Royale (2006) and Quantum of Solace (2008), fall into this category. In addition to focusing on the divide between rich and poor and outsiders and locals, their narratives are soon complicated by additional storylines that centre on exposing and exploring the tensions within certain key groups – such as pharmaceutical companies, the military, the media, aid organisations, governments or citizen groups.

Done carefully this depiction of “reality” may improve on what passes today for news coverage of conflicts outside the West, where a two-minute (at best) loop provides viewers with estimates of body counts and property damage, and explains the carnage as an outcome of a contest between the two most proximate actors. Despite being generally plagued by an audience-appealing imperative to juxtapose relatively clear fault lines of good and evil, the best films in this genre seek to complicate these categories.

Films are often powerful because they have the capacity to represent situations or events much more immediately and empathetically. But the representational power of a film with regard to development issues also lies in the extent to which the audience has prior knowledge of the contexts and events being depicted. For example, at least part of the popularity of Slumdog Millionaire (2009), which explicitly offered a grittier neo-realist depiction of contemporary Indian society, can be attributed to the reduction of global distance over recent decades as Western audiences today are more familiar with Indian society than they were 25 years ago. From this perspective, we need to consider critically how films reflect specific development-related societal trends and issues.

City of God was one of the first films to bring the critical development issue of Brazilian urban violence into the Western mainstream, and has without doubt helped put the subject on the public agenda. Such is the power of the film that it is frequently shown in North American and European university settings as a quasidocumentary, despite the fact that it makes no claims to being a truthful depiction of Brazilian urban violence. But the film is not a documentary. Its basic storyline plausibly depicts the evolution of organised gang violence in the Cidade de Deus suburb of Rio de Janeiro between the 1960s and the 1980s but the film is also riddled with stereotypes that both project and confirm certain critically flawed ideas about gangs and gang members, ideas that have moreover long contributed to preventing sensible public action being taken to tackle gang violence all over the world.

So the power of film as a particular representational genre is clearly a double-edged sword. There is no doubt that films can convey a visceral sense of a given situation or issue more vividly than any academic text or policy report. For example, David Wheatley’s film The March (1990), a serious and ultimately tragic satire about famine, humanitarianism and the West’s relationship with the South, is a brilliant teaching tool to shock romantic students into realising that the primary imperatives guiding the development business are rarely idealistic. However, but this kind of power is extremely seductive: it means that cinematic representations of issues and situations are often not challenged, especially when films are popularly acclaimed.

As Mark Twain (in)famously put it, one should “never let the facts get in the way of a good story”. The March respected Twain’s mantra and many of the details that it offers – such as those concerning the workings of European Union, for example – are plainly wrong, but have clearly been modified in order to tighten the narrative structure of the film. This must be remembered when considering films as a means by which to understand development issues.

We have tried here to show that there are important opportunities for a closer engagement with film as a medium for discussing the ideas and processes of development. If it sometimes feels that the boundaries of acceptable development knowledge are being significantly narrowed by the current emphasis on quantification (e.g., the formal measurement of “impact”, “effectiveness” and “results”) it is instructive to recognise the value of films as an archive of popular ideas about the vicissitudes of development, as reflections of the prevailing societal zeitgeist , and last but not least, as powerful teaching tools for bringing alive and humanising important global issues.

This blog is based on “The projection of development: Cinematic representation as an(other) source of authoritative knowledge?”, a chapter in D. Lewis, D. Rodgers, and M. Woolcock (eds.) Popular Representations of Development: Insights from novels, films, television and social media which was published by Routledge this year. Read the review on LSE Review of Books.

David Lewis is a Professor of Social Policy and Development at The London School of Economics.

Dennis Rodgers is a Professor of Urban Social and Political Research at the University of Glasgow.

Michael Woolcock is a lecturer in Public Policy at the Harvard Kennedy School of Government. He is the lead social development specialist with the World Bank’s Development Research Group in Washington D.C. 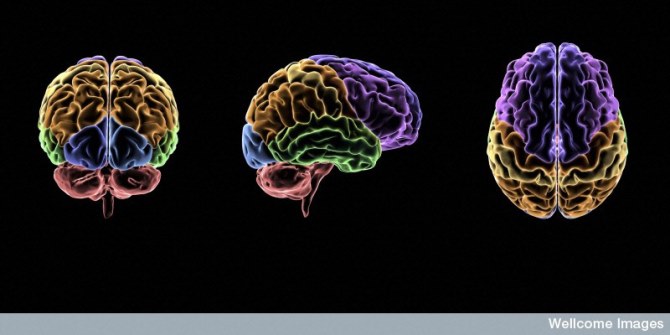 How nudge units can aid development