Kalpana Wilson traces how family planning strategies supported and funded by DfID and others are supporting forced sterilisations in the global South. She argues this is a reflection of current approaches to population based on shifting responsibility for poverty away from capital and onto the poor themselves.

The horrifying deaths of at least 14 women after undergoing surgery at sterilisation camps in Chhattisgarh, one of India’s poorest states, highlight the ongoing violence of the population control policies which the British government is at the forefront of promoting globally. Far from giving poor women in the global South much-needed access to safe contraception which they can control, these policies dehumanise them as ‘excessively reproductive’ and set ‘targets’ which make atrocities like those of Chhattisgarh possible. And while these policies are rooted in deeply racist and patriarchal ideas they are now implemented in the name of reproductive rights and ‘choices’.

Two years ago the British government and the Bill and Melinda Gates Foundation, which has been instrumental in influencing Britain to take the lead on population issues, hosted the London Family Planning Summit. Along with USAID, UNFPA and other international organisations, they announced a $2.6 billion family planning strategy. A few months later Development Secretary Justine Greening announced “determined UK action on family planning”: on top of existing drives to get 120 million more girls and women in the poorest countries to use ‘voluntary family planning’ by 2020, initiatives would include the increased distribution of contraceptive implants.

Despite its insistence that it opposes coercion, it had already been revealed that  Department for International Development (DfID) aid was helping fund forcible sterilisations in the Indian states of Madhya Pradesh and Bihar in which, as at last Saturday’s sterilisation camp, many poor women died. The women, often from Dalit castes, were lied to about the operation, threatened with loss of ration cards or access to government welfare schemes and bribed with small amounts of cash, before being operated on under appallingly unsafe conditions to meet targets set by the government.

Sterilisation of women has long been the main method used in India’s population control policies. During India’s Emergency in the mid-1970s, with civil liberties suspended, men were forcibly taken to similar camps for vasectomies but this generated massive opposition contributing to the historic electoral defeat of the Congress party in 1977. Research conducted in 2005-06 suggested that around 37% of married women had undergone sterilisation. Officially recorded deaths caused by sterilisation between 2003 and 2012 translate into 12 deaths a month on average, and actual figures may be much higher. In 2012 a Human Rights Watch Report warned that without a change of policy on sterilisation the commitments made by the Indian government at the London Family Planning summit would lead to further abuses and increased pressure on health workers to meet targets.

Britain’s support for the mass sterilisations of poor and marginalised women which characterise India’s population policy is covert – but many of the contraceptives which DfID and its corporate partners more openly promote also deny women control and put their lives in danger. Feminists in the global South and feminists of colour in North America and Britain have campaigned for years against unethical testing of new drugs and the dumping of unsafe injectable and implantable contraceptives like Net-En, Norplant and Depo-Provera. For example, the latter is allegedly being coercively administered to Ethiopian women in Israel.

The Gates Foundation has been repeatedly criticised for its close relationship with pharmaceutical giants, and its role in financing drug trials and vaccine programmes which were found to be unethical and unsafe. These include a clinical trial of the HPV vaccine against cervical cancer manufactured by Glaxo Smith Kline and Merck Sharp and Dohme in India in 2009, falsely claimed to be a ‘post-licensure observational study’, for which 23,000 girls aged 9-15 from impoverished communities were selected and requirements for parental consent were bypassed. The trial was suspended following the deaths of seven adivasi (indigenous) girls aged between 9 and 15.

DfID’s current initiative with Merck involves promoting the long-lasting implant Implanon to “14.5 million of the poorest women” by 2015. Implanon was discontinued in the UK in 2010 because trained medical personnel were finding it too difficult to insert, and there were fears about its safety. As well as debilitating side-effects, the implant was reported as ‘disappearing’ inside women’s bodies. Merck has introduced a new version Nexplanon, which is detectable by X-ray, but have been allowed to continue to sell their existing stocks of Implanon. This is the drug which is being promoted in DfID and UNFPA programmes in the poorest countries, despite these countries’ huge deficit of trained health personnel. In fact, in Ethiopia, one of the target countries, mass insertions of Implanon are part of ‘task shifting’ where hastily trained health extension workers are being made to take on the roles of trained doctors and nurses.

Like earlier versions dating back to Malthus, current approaches to population are based on shifting responsibility for poverty away from capital and onto the poor themselves. Similarly, population growth in the global South is being linked to climate change, shifting attention from the role of carbon emissions in the North, and is held responsible for the escalating food crises generated by land grabbing by transnational corporations and foreign governments. While population control is argued to be linked to declining maternal mortality and improved child survival rates, this cannot be achieved without a change in the dominant economic model which could make substantial investment in health provision possible. But current population discourse insists that the World Bank and IMF-imposed neoliberal policies in which health provision, along with education, sanitation and other essential public services, has been decimated since the 1980s, can remain in place. Tellingly, erstwhile Development Secretary Andrew Mitchell described population policies as “excellent value for money” citing the example of Tanzania which he claims would “need 131,000 fewer teachers by 2035 if fertility declines – saving millions of pounds in the long run”.

Today population control is in fact part of a broader strategy of global capital in which women’s labour is extended and intensified, with responsibility for household survival increasingly feminised, and more and more women incorporated into global value chains dominated by transnational corporations. It is this, not concerns about rights and choices, which underpins the policies like those of DfID and the Gates Foundation which deny women in the global South real control over their bodies. Increasingly women are demanding reproductive justice, which involves exposing this strategy and confronting structures of power and inequality, as the only way of preventing more deaths like those in Chhattisgarh.

Kalpana is a regular contributor to the India at LSE blog. See more of her posts here. 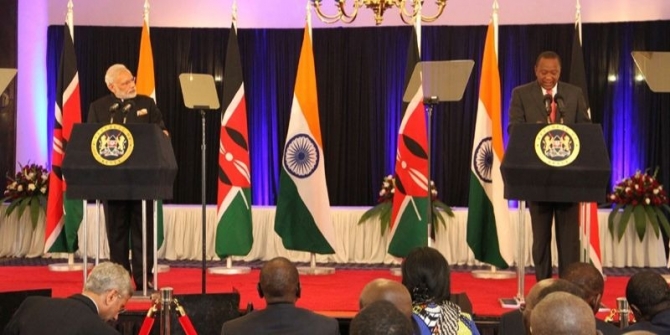