Rohit Sinha and Anahita Das demonstrate how improving the predictability of service delivery has benefits for both citizens and the government.  Any trade-offs would be outweighed by benefits such as better management of public business, improved citizen trust in government and increases in the economic output of Indian cities.

Public services are usually the first point of contact for a citizen with its government. Accessing them can often prove a frustrating experience. In India, urban spaces are typically characterised by high population density and migration rate. The question that comes to one’s mind is how governance can evolve beyond these limiting dynamics while delivering public services?

Predictability of public services is well-established as one of the pillars of ‘good governance’. Literature on this has traditionally referred to predictability as the existence of laws, regulations and policies to regulate activities and ensure their fair and consistent application. They suggest that regulatory structures, empowered by the laws, must work to limit the powers of discretion in rendering public services. Though important, we sometimes do it at the cost of institutional arrangements that could prove more effective.

Efficiency in the delivery of public services is indisputably an endpoint to strive for. The pressing question is what constitutes ‘efficiency’? Does it mean lesser layers of bureaucracy? Does it mean faster approvals or clearances? Does it mean getting the work done in a stipulated time period? While efficiency may be a function of all these factors (and more) this article addresses the third question.

The ability to get things done within a certain amount of time offers predictability. Several states in India have enacted what is broadly called the Right to Services Acts, which legally mandate public services to be delivered within a stipulated time frame. Institutional arrangements such as electronic monitoring (e-governance) for certain notified services, have been introduced in states such as Delhi.

In the urban context, delivery of public services in a predictable time bound manner serves many concerns. Typically, city limits are large with multiple satellite urban areas, making time a very valuable commodity for citizens availing a public service. Though jurisdictions of districts may be divided between offices (e.g. revenue sub-divisional magistrates or regional transport offices in India), certain services offered by municipal corporations or public utilities (electricity and water), may not be.

Secondly, cities are centres economic activity. Ensuring public services – licences, approvals and contracts – are delivered in a predictable manner, would support an increase in the city’s economic output.  This predictability of government services could therefore also serve as an indicator the private sector could consider when making its investment, production and marketing decisions.

For example, certifications of new industrial products by the Bureau of Indian Standards, if done in a stipulated time period, would give the producer sufficient information to plan for his investments. The same could be said regarding approvals of new drugs in India. Certainty of government policy actions, by ensuring decisions are undertaken within a time bound manner, will a long way in reducing red-tape, abuse of discretionary powers and policy flip-flops.

For instance, the Delhi state government has created a platform known as eSLA (electronic service level agreement) that enables a citizen to electronically check the status of their application. Studies conducted have shown that this has reduced the number of physical visits for an applicant considerably, saving him or her time that could be used for more productive economic activities. The platform also allows for citizens to check the status of their applications by sending an SMS. The Right to Service Act, in this case enacted by the Delhi state, therefore essentially provides legal strength to an institutional arrangement that is eSLA.

Moreover, civic activism through a network of NGOs, public interest groups and political actors can create an environment conducive to timely delivery of services. In India, there is noticeably a lower level of awareness of governmental initiatives despite government efforts. We do not know the reasons for this, but we do know that a strong civil society can considerably help citizen awareness of innovative institutional arrangements. Coupled with more formal and stronger forms of social control (anti-corruption bodies, local police) and grievance redressal avenues, urban spaces are well prepared to ensure compliance in the context of predictability.

Lack of predictability leading to abuse of discretionary powers by bureaucrats also serves as an excellent alibi for non-performance. Since predictability of public service is essentially an amenity that positively impacts citizens, some may argue that it does not necessarily improve government administration (strictly from the government’s standpoint). In fact, they suggest that pressure to make public business predictable would raise the burden of work in a government office.

Nevertheless, we believe that predictability of public services are not only desirable from the user’s (citizen) point of view, but also from the government’s standpoint. By incurring the costs associated with ensuring predictability in public services in a time bound manner, the government can avert larger costs incurred by lack of efficiency. An Oxford economics study discussed in a report by the consulting firm Accenture states that if Indian public services were to increase their labour productivity by 1 percent annually, they would drive US$ 66 billion in efficiency savings by 2025. This is a compelling figure for any government.

In sum, predictability of service delivery, just one facets of efficient public service, would not only lead to better management of public business (for public servants) in terms of labour savings, but also improve the perception of trust in government (for citizens), which will have wider social ramifications.

Rohit Sinha and Anahita Das are researchers with the Madras School of Economics. 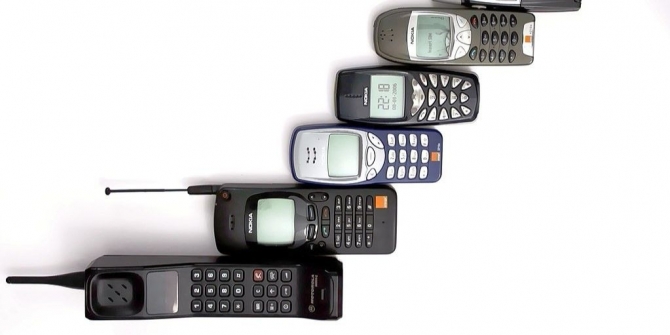