Razeen Sally writes that while Sri Lanka has been enjoying a ‘liberal spring’ since the Rajapaska regime was toppled in January, illiberal economic policies remain in place. He argues that the parliamentary elections last month gave the government a mandate for economic reform, but recognises it will be politically difficult to make the changes required to foster prosperous, globalised economy.

Sri Lankans can hardly believe their luck. Until late last year, President Rajapaksa and his family seemed entrenched in power for years ahead. Sri Lanka had all the symptoms of “illiberal democracy”: authoritarian politics, rampant corruption, ethnic chauvinism and a crony-dominated economy. But, unexpectedly, a presidential election in January this year toppled the Rajapaksas. Parliamentary elections last month reinforced the people’s verdict. An alliance centred on the United National Party (UNP) came out ahead, though without an outright majority. Its leader, Prime Minister Ranil Wickremesinghe, and President Sirisena, from the opposition Sri Lanka Freedom Party, announced that a national unity government would be formed between their two parties.

These electoral outcomes give Sri Lanka a once-in-a-generation opportunity for reform and renewal. But Sri Lankans have squandered such opportunities before. It would be all too easy to do it again. Can this time be different?

Sri Lanka is enjoying a liberal spring since the end of Rajapaksa rule. Journalists and others can speak their minds freely. There are fewer outrages against the rule of law. Corruption and cronyism continue, but on a much reduced scale. A new constitutional amendment curtails the previously all-powerful presidency, strengthens parliamentary government, and restores independent commissions for the appointment and oversight of public officials. The government has made tentative moves to redress the grievances of Tamils in the north and east of the country. And foreign policy has been rebalanced, repairing relations with the West and India while attempting not to alienate China.

The one black spot is the economy. So far, the Rajapaksa government’s illiberal economic policies have not been reversed. On the contrary, the UNP-led government’s first budget contained spending giveaways and price controls. The central bank has printed money freely. Opposition forces united to defeat Mr Rajapaksa, but they had no consensus on market reforms, and lacked a majority in Parliament. Ahead of the parliamentary election, Mr Wickremesinghe campaigned for big market reforms under the label of a “social market economy”. Now he has a mandate for economic reform – not a decisive one, but a mandate nonetheless.

Sri Lanka needs a fundamental shift to the market and globalisation to ensure sustained growth and prosperity. Pro-market reforms are imperative to attain key non-economic objectives as well. Previous bouts of economic collectivism – going back as far as the 1950s – ruined the economy, destabilised politics, damaged relations with the West, and stoked ethnic conflict. Lack of economic opportunity drove unemployed Sinhalese and Tamil youth into the arms of violent militant groups.

A prospering, globalised market economy is the sturdiest foundation for a genuinely open society – for constitutional liberalism, the rule of law, ethnic peace and balanced international relations. Without it, all else fails. It has to be the government’s top priority. And Mr Wickremesinghe needs to proceed fast before his window of opportunity closes. So what needs to be done?

Most urgent is macroeconomic stability. Sri Lanka’s debt pile-up is unsustainable and it is heading for another balance-of-payments crisis. It is dangerously reliant on foreign commercial borrowings at a time of increasingly volatile capital flows to emerging markets. Taxation and expenditure need radical surgery to prevent further public-debt accumulation and make debt financing more sustainable. The printing press must be stopped.

Second, there should be a bonfire of domestic red tape to free up the private sector. Third, education reform is needed to upgrade knowledge and skills, given that Sri Lanka is now a lower middle-income country that cannot compete with cheap labour. Fourth, the bloated, loss-making public sector should be restructured and downsized.

Fifth, Sri Lanka needs a new global economic strategy. Key targets should include a trade-to-GDP ratio of over 100 per cent (from just over 50 per cent today), and a foreign investment-to-GDP ratio of 5 per cent (from 2 per cent today), by 2020-2025. Much bigger volumes of imports, exports and foreign investment are critical to plug Sri Lanka into global supply chains, which are key drivers of productivity, employment and growth.  Trade and foreign-investment barriers must be slashed to achieve these targets.

These measures should be implemented unilaterally, but they can be reinforced with free trade agreements (FTAs). The government should deepen the FTA with India, and aim for FTAs with both the USA and EU. It could even lodge an application to join the Trans-Pacific Partnership.

The politics of these reforms will be extremely difficult. Reforms will have to be sequenced carefully, proceeding from “easy” to “hard”. The coming months and first couple of years should prioritise big reforms to cut red tape and liberalise international trade and investment. Tax and expenditure reforms should have short-term and medium-term components. Public-sector and agricultural reforms will have to be last in the queue, given their extreme political sensitivity.

Ultimately, reforms depend on Mr Wickremesinghe – Sri Lanka’s only senior politician who appreciates the case for markets and globalisation – and a handful of clean, competent professionals in his inner circle. It is vital they control the major reform areas. The danger is that a national unity government, full of old-style populist politicians, will dilute and slow down reforms, thereby perpetuating Sri Lanka’s pattern of squandering heaven-sent opportunities.

Economic collectivism is the central source of Sri Lanka’s post-independence failure. It has bred too much politics at all levels of society. Political connections are needed to get even the most basic things done – fine for the rich and influential, but terrible for everyone else, particularly the poor and excluded. What Sri Lankans need most is economic freedom – the freedom to produce and consume goods and services. This is the kind of freedom that affects ordinary people’s daily lives most. That demands better rules of the game for markets and competition, and much less room for politicians to control people’s livelihoods. Without greater economic freedom, Sri Lanka will never achieve its potential for prosperity with political stability, the rule of law and ethnic harmony.

A version of this article originally appeared 16 September in the Wall Street Journal Asia.

Dr Razeen Sally is Associate Professor at the Lee Kuan Yew School of Public Policy, National University of Singapore. He was a student at the LSE from 1984 to 1992, and on the faculty in the International Relations Department from 1993 to 2011. 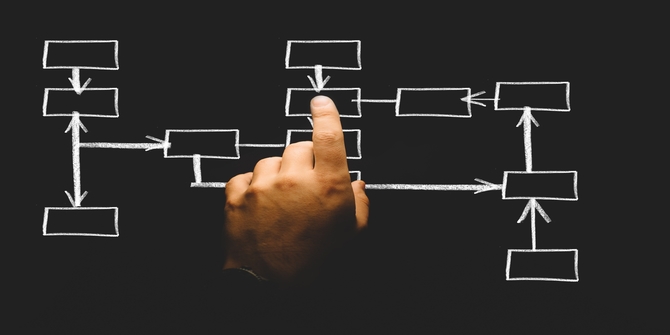