It has now been 20 years since the TRIPS Agreement, which established minimum standards for intellectual property (IP) regulation, came into force. Its implementation in India has been controversial, and in particular Section 3(d), a provision designed to restrict the grant of “secondary” patents, has been pinpointed as making it difficult to obtain pharmaceutical patents. Ken Shadlen and Bhaven Sampat suggest that paying so much attention to 3(d) may be misplaced. They argue that another, more fundamental, aspect of TRIPS implementation in India, the timing of the country’s adoption of pharmaceutical patents, is more important than 3(d) for understanding the current patenting landscape. And because the effects of timing are transitional, in the future it may be less difficult to obtain patents in India than is widely thought.

Patent protection for drugs in the second most populous country in the world has been contentious in recent years, with several high profile denials of patents, most notably for Novartis’ anti-leukaemia drug known as Glivec.  Many of the debates stem from India’s implementation of the World Trade Organisation’s Agreement on Trade-Related Aspects of Intellectual Property Rights (TRIPS), which requires all countries to grant pharmaceutical patents. One particular provision of the Indian Patent Act, Section 3(d), which is intended to curb the grant of secondary patents, is frequently pointed out as making it difficult to obtain pharmaceutical patents in India. But in a recent paper produced as part of our ESRC-funded research on pharmaceutical patenting in the developing world, Bhaven Sampat and I argue that another element of India’s TRIPS implementation may be more relevant to the current pharmaceutical patenting landscape in India, namely the decision to prohibit patents where the year of first global filing was before 1995.

The analysis prompts us to contrast two ways of thinking about patterns of patenting in India. The denial of a patent (on any ground) can be seen as an outcome of the day-to-day functioning of the country’s patent system, as driven by India’s patent law and the behaviour and practices of officials in the patent office. Applications are received, and they are examined according to the rules established by Indian law. But the question of which applications India is receiving is an outcome of another aspect of India’s patent system, in this case the legacy of decisions made 20 years ago as India was accepting its new global obligation as a member of the World Trade Organization (WTO) to grant pharmaceutical patents. Applications filed globally after 1995 could be deposited in India to be held and then examined after 2005, but pre-1995 applications would never be eligible in India.

These are two dimensions of India’s pharmaceutical patent system, a day-to-day dimension and a transitional dimension. Both are important for understanding patterns of patenting, but in the paper we argue emphasizing the day-to-day dimensions, of which Section 3(d) is the prime exhibit, may be misleading, because doing so risks ignoring the impact of transitional decisions.Indeed, we show that most drugs being launched through the 2000s still rely on pre-1995 patents. These would not be eligible for patents even if there was no Section 3(d).

Moreover, the difference between an explanation for rates of pharmaceutical patenting based on Section 3(d) versus one based on decisions not to allow patents on pre-1995 molecules is that the effects of the latter are temporary. We anticipate that if Section 3(d) is implemented as intended — to limit secondary patents — then as 1995 fades further into the past, most new molecular entities will get one patent in India, but only one. Going forward, the effects of 3(d) are likely to be felt in terms of the duration of pharmaceutical patent protection in India, not the existence of such protection.

This post is a summary of Kenneth C. Shadlen and Bhaven N. Sampat, ‘Drug patenting in India: Looking back and looking forward’, Nature Reviews Drug Discovery, 14: 519-520. DOI: 10.1038/nrd4681. The full text and supplementary information are freely available here and here.

Dr Kenneth Shadlen is a Professor in Development Studies at LSE’s Department of International Development.

Bhaven Sampat is an Associate Professor in the Department of Health Policy and Management at Columbia University, an affiliated faculty member at Columbia Law School, and a Research Associate at the National Bureau of Economic Research. 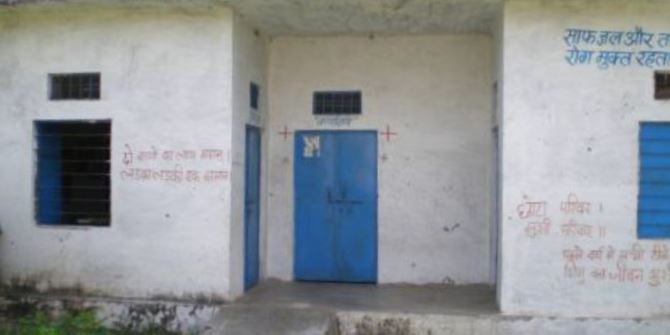 Bad Behavior has blocked 2173 access attempts in the last 7 days.