Over the summer Genevieve Joy spent two months in West Bengal conducting research as part of the Tata Social Intern scheme, an internship programme administered by LSE Careers and the India Observatory. Her project involved analysing agricultural projects and making recommendations about which were worth scaling up. She found that while the majority of the projects she reviewed were worth expanding, project participants needed to be empowered to ensure sustainability.

Haldia, West Bengal is a unique combination of industrial and rural. The waterfront is lined with chemical factories producing fertiliser and cement, while inland, rice paddies and ponds dominate the landscape. I lived in Haldia for two months this summer working for Tata Chemicals under the Social Internship program. The Tata Chemicals Society for Rural Development (TCSRD) is a corporate social responsibility arm of Tata Chemicals that almost acts as a separate, non-profit branch of the company. The internship gave me an interesting insight into the private sector as a driver of development in India.

My role was to analyse seven projects started by TCSRD between 2005 and 2014 near Haldia and to provide feedback on which projects to scale up and how, and what new areas of intervention might be feasible. The existing projects were mushroom cultivation, poultry farming, pond management, ornamental fish cultivation, system of rice intensification (SRI), sunflower cultivation, and artificial insemination and health camps for livestock. While I was new to India, my years working for the Food and Agriculture Organization of the United Nations (FAO) in Eastern Europe, Central Asia and North Africa had given me valuable experience in agriculture and project planning.

I had two main methods of qualitative data collection: 60 semi-structured interviews overall and one focus group per project. 72 percent of all people surveyed were women. The overall goal was to obtain data from a representative sample for each project given the limited human resources available. The percentage of participants interviewed ranged from just 1 percent, in the case of pond management training (which had 2,572 participants) to 64 percent for the mushroom project (which had 45 participants). Finally, informal interviews were conducted with the TCSRD staff responsible for the projects and TCSRD management trainees who oversaw evaluations of two of the projects in 2014-15. 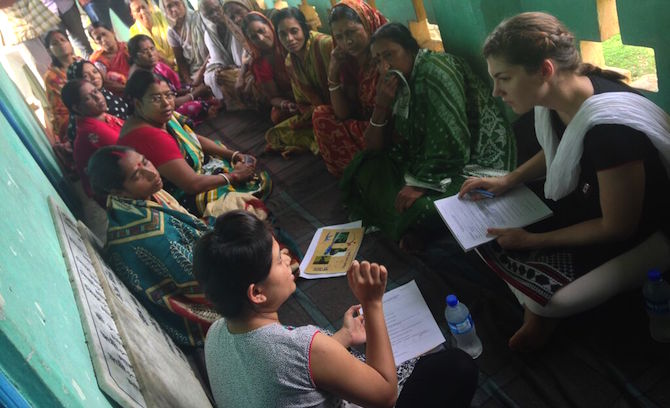 Seven projects is a lot to analyse in two months. I felt limited in my ability to understand the historical context (Which current projects stemmed from failures? What had gone wrong? How had the projects evolved since they started?). Data on project participants, costs, yields and outputs existed, just not in one place. But with the help of my colleagues, and by gathering the data from a variety of project participants, I was able to build up a good understanding of livelihood patterns and therefore make recommendations.

On the basis of my research, I recommended the scale up of all the projects except for sunflowers. Rice is the primary crop during the rainy season, although most also plant it in the hotter, drier season as well despite the lower yields. Sunflower production was meant to offer an alternative to rice during the dry season by providing a less water-intensive option for farmers. But sunflowers still require a fair amount of water, and while the farmers preferred the oil to the more conventional mustard oil, they had issues with preservation and rarely produced enough to sell, let alone cover family needs.

SRI, which taught farmers how to plant rice in the dry season with fewer seeds and higher yields, proved a better alternative. Indeed, TCSRD already had plans to massively scale this up from training 20 farmers in 2014-15 (of which only 5 implemented the new technique because of risk aversion) to 500 farmers in 2015-16, of which 300 are expected to implement the training.

Poultry was the other project with the clearest scalability. This intervention focused on women from Scheduled Castes, a historically disadvantaged socio-economic group. Twenty-five women were given 30 chicks, feed and the materials to construct a coop. When the chicks matured, their owners could sell them and reinvest the profits in another round of chicks with the ultimate goal of creating a sustainable business. The women involved in this project were unilaterally happy for the opportunity to earn income from their own backyards without taking away from other daily responsibilities. The biggest risk was the temptation to sell the chicks early, before they were able to provide eggs and add even more value.

Looking at the projects on a whole, there were two things that were especially clear to me. First, the villagers know what they want to do; they just need the knowledge and resources to do it. This is primarily a matter of providing farmers with ways of improving what they already do, like rice cultivation, or training women on income-generating activities that they can do in addition to their traditional household responsibilities, such as poultry, mushroom and fish production.

Second, the project participants need to be empowered so that any scale-up is sustainable. TCSRD’s presence is clearly appreciated by its beneficiaries but there is a risk that these projects do not foresee a smooth transition from organisational support to independence. Most interviewees mentioned that they want more finance and more training from TCSRD. This does not bode well for long term sustainability, which can be improved by including financial training to improve the farmers’ comfort with loans and interest rates, or by providing additional training to select individuals who can serve as “extension workers” within their villages.

My previous experience was in agriculture in countries ranging from Tunisia to Macedonia to Ukraine. I generally worked with farmers and producers who were entrenched in specific food value chains and wanted to improve quality standards or develop market linkages. In the Sutahata Block of West Bengal, the only sure thing was that rice would be planted each year – everything else was just filling in the gaps. Having the freedom to explore different options and the resources of a private sector company to do so was a new and exciting opportunity for me, one that I hope will translate into even better access to income-generating activities for the women and men of West Bengal.

Genevieve Joy is a Master in Public Administration (MPA) candidate specialising in Public and Social Policy. Before coming to the LSE, she worked in the Investment Centre Division of the Food and Agriculture Organization of the United Nations (FAO) where she helped formulate, implement and monitor projects to improve food security and market linkages in transition economies. 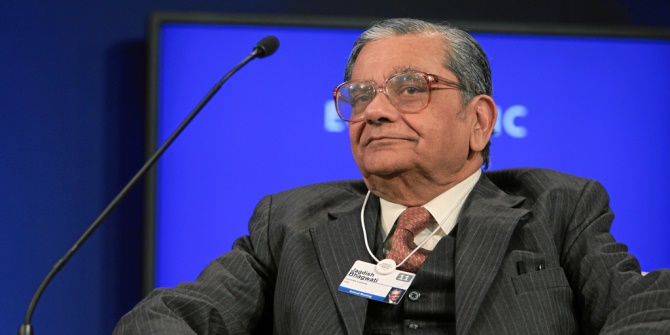 Bad Behavior has blocked 1688 access attempts in the last 7 days.