On 14 October, Jairam Ramesh, Chair of the Future Earth Engagement Committee and former Minister of State for Environment and Forests, visited LSE to discuss the sustainable green growth challenge in India. As the 2015 United Nations Climate Change Conference (UNCCC) in Paris gets underway, Sonali Campion offers an overview of his talk to illustrate the potential significance of the negotiations for India’s growth model.

Today, the UNCCC begins in Paris and India will be a key player. The question is, how does it intend to position itself, and how do its objectives tally with those of other countries? The dominant discourse in India has been that continuous economic growth is needed to address widespread poverty and unemployment, and therefore the traditional “grow now, pay later” model should be followed. In UN discussions, Prime Minister Modi has consistently called for “climate justice” with “common but differentiated responsibilities”. The current government in particular sees environment legislation as a regulatory burden and many in India believe that developed countries must bear greater responsibility for tackling climate change. Although India is now the third largest producer of CO2 emissions, they argue that it is the US and other Western economies that have been the main polluters over the last two centuries and have enjoyed the corresponding economic benefits. 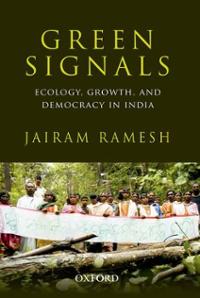 Last month, Jairam Ramesh came to speak at LSE about his book Green Signals: Ecology, Growth and Democracy in India, and more broadly about the sustainable green growth challenge in India. The book deals specifically with Ramesh’s time as Minister of State for Environment and Forests between 2009 and 2011 and his battle to try and bring environmental considerations into the mainstream economic debate. Ramesh opened his talk with the acknowledgement that no government can afford to abandon the pursuit of growth as the central policy objective. However, he outlined four reasons why it is essential for India to find ecologically sustainable routes to growth, rather than following the American or Chinese models.

Firstly, India is due to become the most populous country in the world within the next 10 years. By 2050 it is predicted the population will reach 1.7 billion. If we understand sustainability as the ability of the current generation to meet their consumption needs without jeopardising the ability of future generations to do the same, the demographic context means that it is critical for governments to think long term about the use of resources and the preservation of the environment.

Secondly, India is highly vulnerable to the effects of climate change across multiple dimensions. The Himalayan glaciers are important for water security, yet the evidence shows they are in retreat which has serious implications for the availability of water in the entire North Indian river system. More than 200 million people live close to the coast and are at risk from rising sea levels. A Centre for Science and Environment analysis linked the 2014 Kashmir floods directly to climate change, and warned that “most climate models also predict that India will be hit more and more by extreme rainfall events as the world continues to warm in the coming decades”.

Thirdly, neglecting the environment has huge public health implications. Water and air pollution and soil contamination all have a significant impact on morbidity and mortality. The escalation of health costs drives public concern, although it is not always articulated as an environmental issue. Finally, the environmental debate in India is not just about lifestyles, but about livelihoods. Millions of Indians, including the most vulnerable, depend on the rivers, land and forests for their food and income and are ill-equipped to adapt to climate shocks.

So how does one integrate growth imperatives with environmental concerns? Ramesh emphasised that India needs to be growing at 8% a year minimum, just to generate enough employment for those millions of young citizens entering the labour force. He offered several ground rules drawn from his experience. First of all, a regulatory framework is crucial. Robust legislation and standards are required to direct agents along the path of environmental decision-making. Institutions are also key: at local, state and national level there needs to be better governance of environmental issues. The institutions don’t necessarily have to be government bodies: Elinor Ostrom’s research in Nepal and Northern India showed that community institutions achieved the most effective management of the commons. Third, processes to resolve environmental disputes are required. There will always be trade-offs, particularly for big projects, so effective democratic mechanisms are central to the mediation of conflict. For example, public hearings should be an integral part of the planning for major engineering or mining projects. However, these meetings are not always held, and when they are people are rarely effectively briefed as to what impacts the projects may have.

India is a latecomer to the high growth club and 70% of the infrastructure that will be needed to support the population in 2050 remains to be built. Ramesh argued that it can continue to follow the US or Chinese model of development, or it can make different investment and technology choices, choices which are available precisely because it is a latecomer which doesn’t have to repeat the mistakes of its predecessors. Solar energy is a good example of this: as the set up costs fall, solar power is becoming an increasingly attractive and viable option in India, which has consistently failed to fulfil its citizens’ energy requirements through traditional centralised systems powered by fossil fuels.

In October, India published its Intended Nationally Determined Contribution (INDC), or climate action plan for 2030. On the one hand, the plan is very ambitious in its renewable energy goals and its plans to expand forests as a ‘carbon sink’. On the other, it shows India has resisted pressure from other countries to commit to reducing coal consumption or to a defined emissions target. Ramesh suggested that India has failed to embrace the “international diplomacy optics” that have become more important than reality, and as a result it is in danger of losing out in negotiations. Rather than being completely silent on coal, the government needs to acknowledge the international concerns even if realistically it is going to remain central to the energy mix in the near future.

Ramesh painted India as a country at a crossroads on the eve of the Conference of Parties. It can continue along the “grow now, pay later” path, or it can seize the “historic opportunity” to exercise leadership in green growth. If Paris does not result in a system which “binds” countries to the INDCs it will raise questions over whether India will remain committed to its ambitious targets. But anything less will also be dangerous for India in the sense that it cannot afford for other countries to renege on their commitments.

Click here to listen to the full podcast of Jairam Ramesh’s India Observatory talk at LSE. The event was chaired by Dr Ruth Kattumuri. 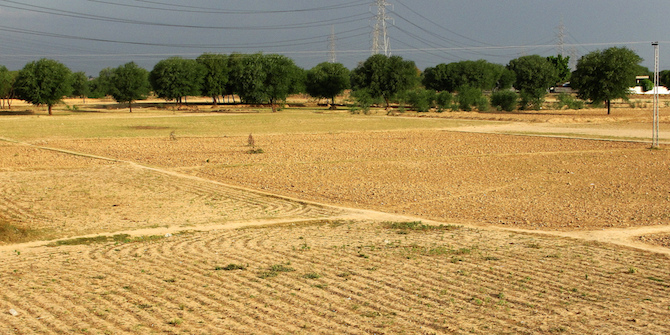 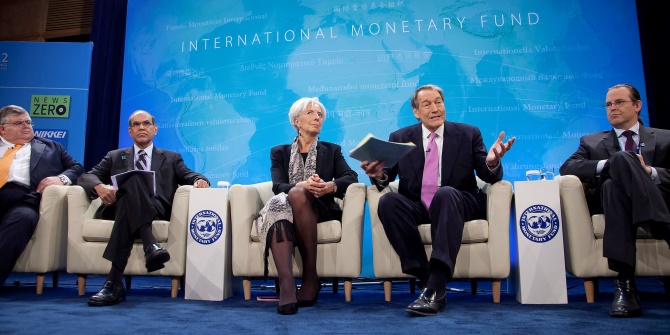 Yet again the IMF has failed to mitigate financial crisis 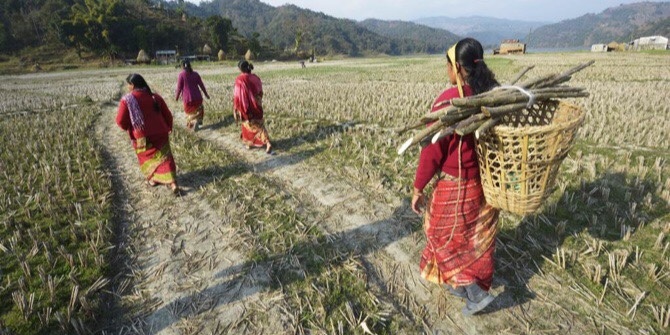 Bad Behavior has blocked 754 access attempts in the last 7 days.